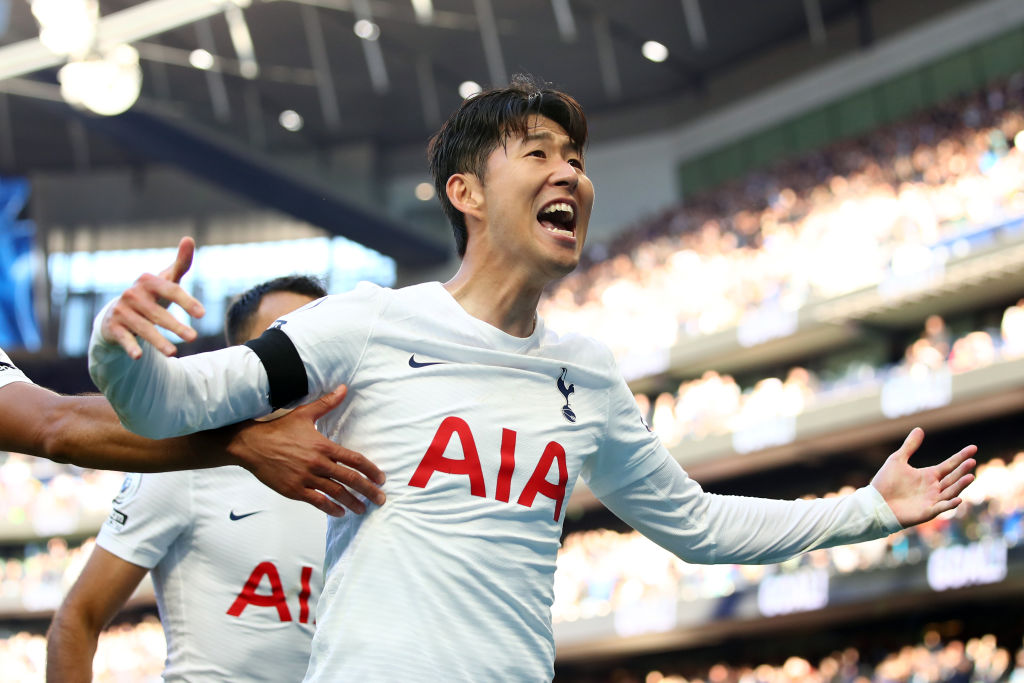 Dean Smith singled out ‘brilliant’ Son Heung-min after his Aston Villa side were beaten 2-1 by Tottenham.

Spurs eased the pressure on manager Nuno Espirito Santo and ended a run of three straight Premier League defeats with a much-needed victory over Villa on Sunday.

Son played a role in both of Tottenham’s goals, setting up Pierre-Emile Hojbjerg’s opener midway through the first half and then forcing Matt Targett to bundle the ball into his own net with a brilliant cross.

Smith ‘didn’t think there was too much between the teams’ in north London and hailed ‘outstanding’ Son as ‘the difference’.

‘It feels like it got away from us, it is a disappointment,’ Smith told BBC Sport. ‘I didn’t think there was too much between the teams.

‘The difference was that they had the outstanding player on the pitch, which was Son [Heung-min]. He was brilliant.

‘We started both halves well. There was a 10-minute spell in the first half where we looked a bit stressed, but we covered that.

‘Second half we looked better and stretched play a lot quicker and got our rewards. But we need to delay for their second goal instead of pressing on the front foot.

‘We were brave going one v one against Son and felt we could handle that. But he twisted Kortney [Hause] and put a ball in the box and they got on the end of it.

‘We huffed and puffed after that but there wasn’t much in the game. We had some good moments in the penalty box without them turning into really good chances. It just wasn’t to be today.’

Tottenham suffered a humbling north London derby defeat last weekend but improved on Sunday to down Villa and climb back above Arsenal into eighth.

Spurs boss Nuno said: ‘I honestly think we deserved the win. The boys worked very hard for it against a very tough opponent.

‘All the team, not just Sonny [Son Heung-min]. There were moments and Sonny helped out the team in front, with his runs, he is so talented. But all the team, the overall performance was good.

‘There were more goals in this game with the chances that we had. In the end, it is about being resilient and holding on to the ball at the end and not conceding any chances to Villa.

‘The fans, the support, what they give us today is huge. It is really important and we are very thankful.’