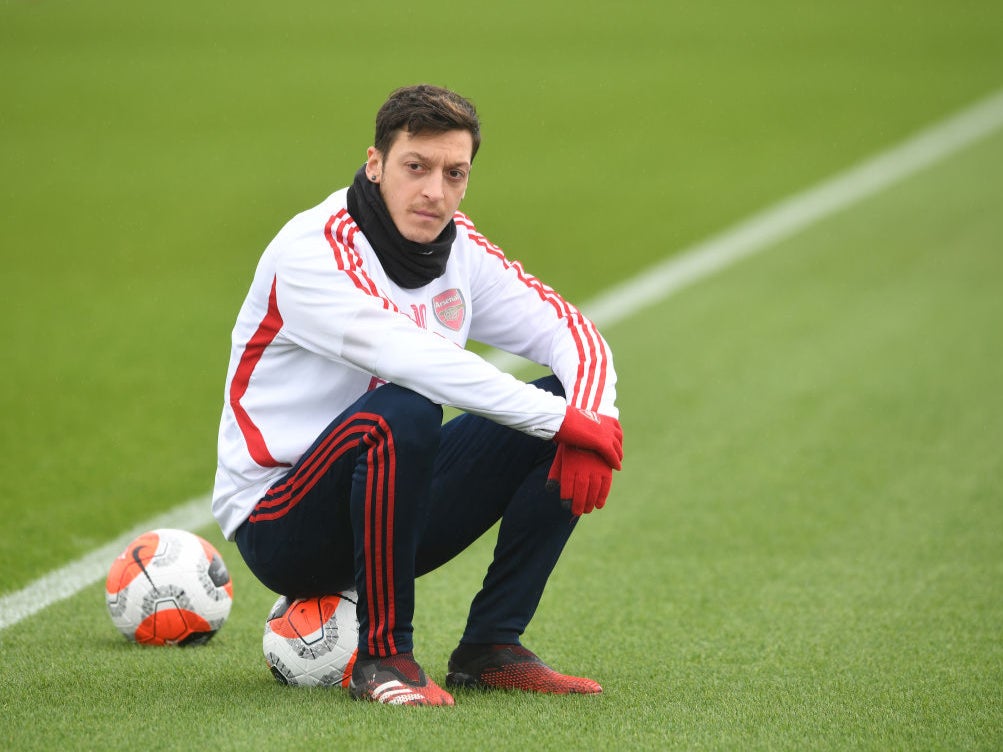 It would be a shame, though, amidst the tired yet unremitting saga, to lose sight of what Ozil represented and his bejewelled status among this dying breed. At his brightest, the German was a more than just a breath of fresh air. In a world increasingly driven by performance data, he was the purist’s anomaly, the embodiment of freedom and expressionism, with a loping swagger and utter nonchalance. That left him destined to divide opinion, even as he swept football’s peaks with Real Madrid, but it has always been fundamental to his allure, too. He could take the absurd and fashion it into something maddeningly effortless.

For Arsenal, too, Ozil’s signing in 2014 represented a seismic shift, and a possible solution to their twilight under Arsene Wenger. At a time when the club’s best players took to deserting each summer, Ozil arrived as a genuine superstar in his prime and the perfect illustration of Wenger’s ideals. “Mesut is like a musician who always plays the right note, and at the right moment,” Wenger said in 2015. “His timing is perfect.”

That was Ozil’s best season at Arsenal, when he finished with 19 league assists and spliced defences open with the divine precision of a diamond cutter. He was elevated to almost deific status, Arsenal’s symbol and heartbeat, who papered over the cracks with gold. Yet, the point at which he was most revered also marked when his powers began to wane.

When it comes to Ozil’s decline, it is seen through the lens of the persecuted or the self-inflicted. Of course, the truth lies somewhere in the middle. Arsenal’s disastrous decision to award him a three-year contract in 2018 was, with the virtue of hindsight, a mistake born purely out of panic. Ozil too, though, must accept some culpability for the way his influence has deteriorated ever since.

His courage away from the pitch – highlighting perceived racism within the German Football Association and more recently standing up for Uighur Muslims in China – has paralleled a fading elegance on it, falling foul of managers, remaining indignant under criticism and occasionally resorting to spiteful tactics on social media. The defining image of Ozil is one of near weightlessness, skimming the grass like a leaf on water. But for far too long, he has heaved in sighs.

Nobody will ever truly be able to place where the centre of fault lies in a tale of blame on all sides. But what has always been clear is that Ozil thrives on a sense of belonging – to his family and community, faith, heritage and football. At Arsenal, that sense of welcome has long been diminished and this miserable farewell has been inevitable ever since. A long-reported move to Fenerbahce would not just represent the end of his career in English football, but one that would finally allow him to recapture that sense of home.

Ozil’s rise and fall took on such great velocity that one cannot be separated from the other. His career is imperfect because it is not a fairy tale, rather a difficult marriage between astronomic gifts and personal hardships. But when his Arsenal exit is eventually confirmed, it would serve well to savour some of the memories that have since been overshadowed. Those nights he illuminated Arsenal and football itself, the way in which he transformed a run into a ballet and a pass into a canvas. His career can be seen in many shades, but few have brought light like him at all.