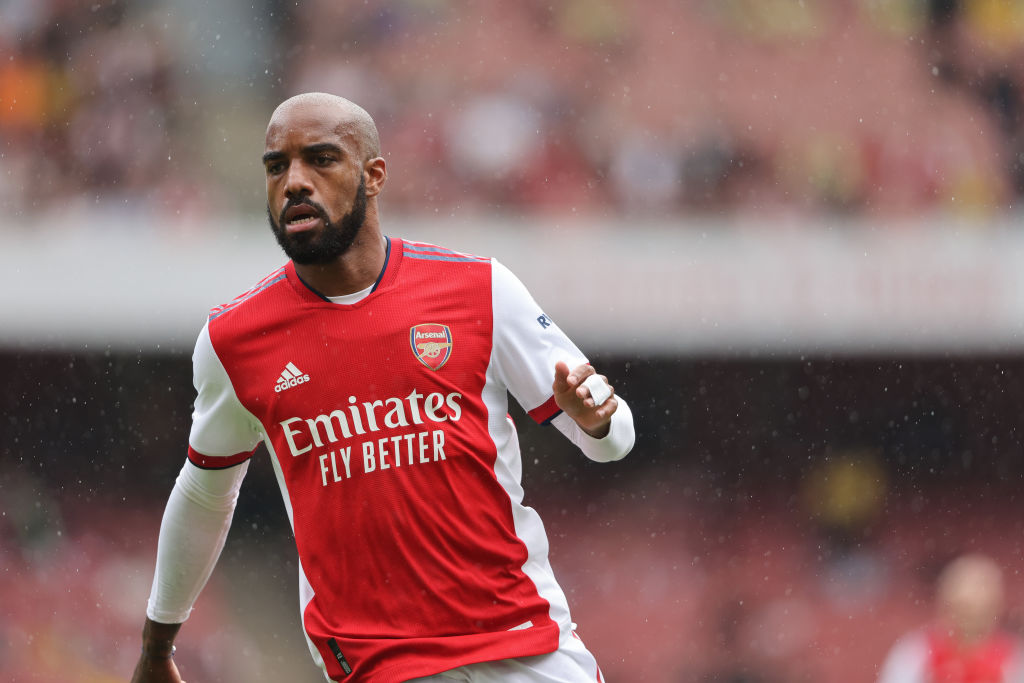 The French forward, who missed Arsenal’s 2-0 opening day defeat against Brentford on Friday due to illness, has been linked with a move away from the club during this window.

Spanish giants Barcelona have been rumoured to be interested in a move for both Lacazette and teammate Pierre-Emerick Aubameyang, while Italian club Roma were also reportedly keen on Lacazette, but have since tied up a deal for Chelsea’s Tammy Abraham.

Murphy believes the club should do everything they can to keep Aubameyang at the club but is unsure about how the Gabon international has been managed by Arteta.

‘If I was Arteta I’d make some definitive decisions and stick to a team that’s capable and some tactics that you can actually see. We were quite enthused [with Arteta] at the beginning, there was some positivity there. Then some negativity came and he became proactive not reactive. It’s like they’ve lost their way a bit,’ Murphy told talkSPORT.

‘But when I say definitive I’d be telling Aubameyang that he’d play week in, week out up front. Whatever it, needs you play him, week in, week out and he’ll score you goals. And if you need funds then let Lacazette go.’

‘I thought some of the decisions he made in terms of selection was strange. You’re away from home, crowds back, against a Championship side. He’s put Balogun up front who’s not ready. He had Saka on the bench who could’ve played.

‘He had a big English lad called Rob Holding, who he could’ve played in a three at the back, knowing they have pace up front. He also played Chambers at right back and had two pacy right backs on the bench. He’s got Bellerin and Cedric, who are international full-back who both have more pace than Chambers.’

Arsenal will be hoping for a better display when they host Chelsea in the Premier League on Sunday.