Robert Lewandowski and Neymar are two world-class strikers but they could hardly be more different. What Lewandowski does is phenomenal.

He’s a real throwback to those old-school No 9s, the likes of Alan Shearer and Les Ferdinand. They link up play, hold the ball up and score lots of goals. Lewandowski is bloody good at it.

He’s humble, he just goes about his business. He doesn’t court fame and, probably because of that, he doesn’t get the credit he deserves. 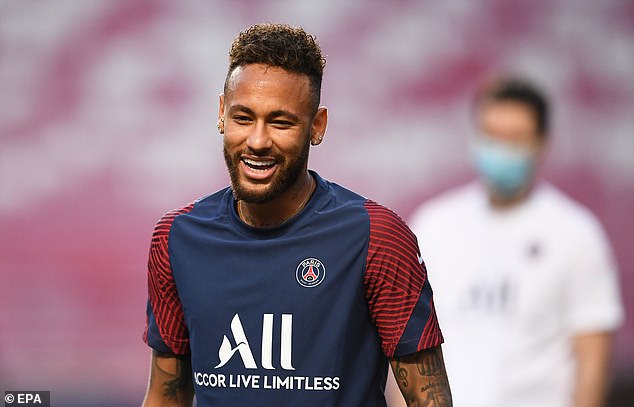 Neymar and Robert Lewandowski are both world class, but they couldn’t be more different 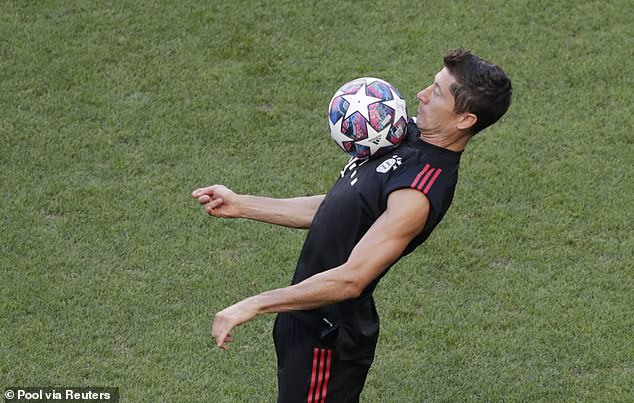 Lewandowski is a classic No 9, while Neymar has all the tricks and flicks on the pitch

Neymar, on the other hand… well, he’s a world superstar.

He has all the tricks, kids love watching him play, trying to copy him in the playground. Every time he gets the ball, even I get excited.

I would rather watch him than Lewandowski. If I had to choose one to play with, I would pick Lewandowski if it was for an entire season, but Neymar for a cup final. 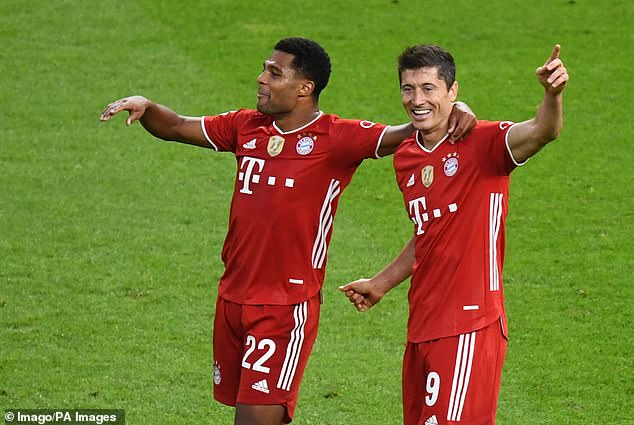 Even if you look at Messi and Ronaldo, the two greatest players of our generation, they are very different people but both are loved.

Some love Ronaldo for that arrogance, how he expresses himself. Others love Messi for his humility, his grace and playing for the team.

Neymar and Lewandowski are as extreme as you can get for contrasting characters. But that still does not mean that one works harder than the other.

I know Neymar has had criticism in the past with his over-exaggeration and the way he conducts himself but I have been impressed with how hungry he has looked since the restart: leading from the front and pressing well.

He looks mature and his ability to go past people is sensational. 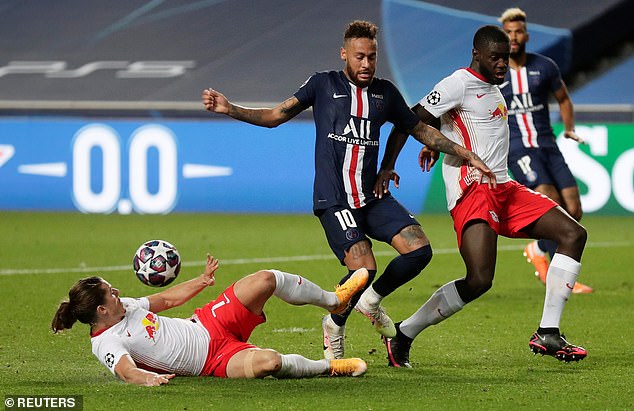 Picking one, you would choose the exciting talent of Neymar for the Champions League final

My gut feeling is that it is Neymar’s time. I felt for him a bit when he left Barcelona. When it was him, Suarez and Messi, they were phenomenal and a joy to watch. Barcelona made a mistake getting rid of him.

I still don’t think either him or Lewandowski are on the level of Messi or Ronaldo. Neymar is not that far away but I don’t think he will ever quite reach them.

If anyone can, and it will take nothing short of miracles to hit their levels for as long as they have, then I think it could be Kylian Mbappe.

I watched him at the World Cup and he is a special talent. Sometimes, even on the biggest stage, it looks like it comes easy to him. He has got everything he needs to become one of the very best.

…and these key battles will define the contest

Mbappe will be having dreams about Bayern’s high defensive line. If there’s anyone who can exploit the space, it’s Mbappe. The graphic shows how they can do it.

Can Kimmich contain him? He’s a midfielder more than a full-back. Mbappe can even stay forward longer and give Kimmich a head start, knowing that if he needs to get back he’s got the speed to catch up.

If PSG can get Mbappe in behind Kimmich, he’s never catching him. 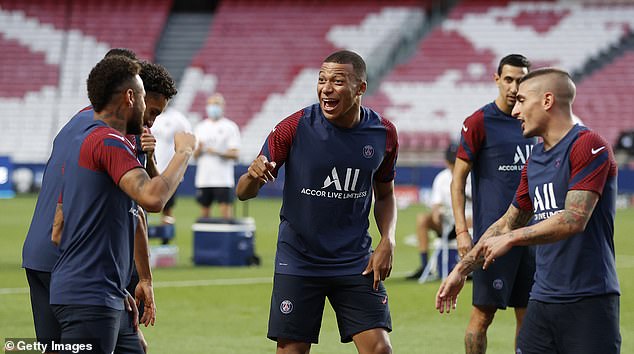 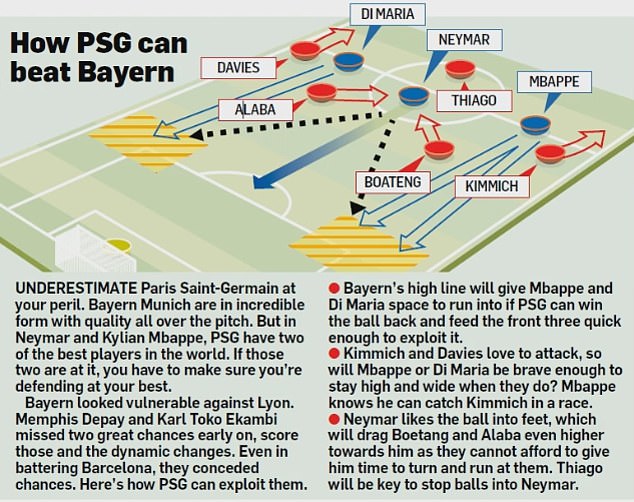 When you’re looking at the threats Bayern pose, Thomas Muller can sometimes be overlooked. But he’s pivotal to what Bayern do.

His positional awareness is exceptional and he proves that you don’t need to be rapid to be a top player. His career had almost been written off, but he has shown tremendous desire to get back into the team.

It’s so difficult to keep tabs on a player who is so good at finding space. Marquinhos will have to be on top of his game and the communication he has with his team-mates him will be crucial.

If they switch off for a moment, Muller will punish them. 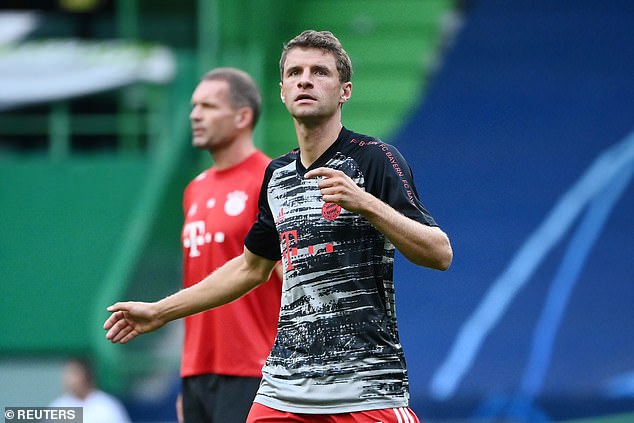 Thiago is someone I’ve loved since the first time I saw him play for Barcelona. He’s a beautiful footballer. He dictates Bayern’s tempo so PSG must stop him controlling the game.

I think Herrera has the legs to get after him. He’ll need to know when to press and when to drop off. I don’t think there’d be one Liverpool fan who wouldn’t want to see them sign Thiago.

Liverpool’s midfield has such competition with Jordan Henderson, Fabinho, Gini Wijnaldum, Naby Keita and Alex Oxlade-Chamberlain but when you look at their qualities, Thiago does offer something a little different. 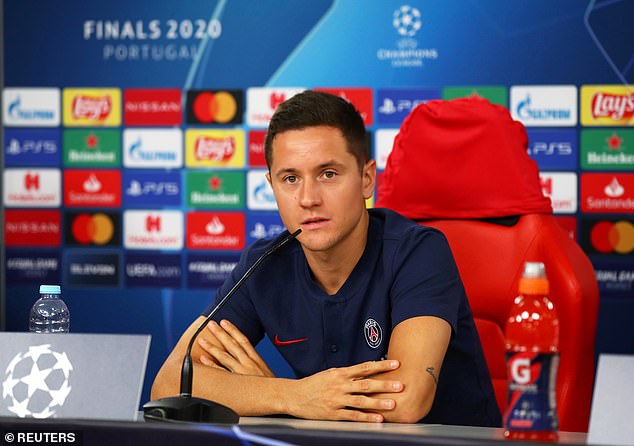 Ander Herrera has got the legs to go after Thiago, who is able to dictate Bayern’s tempo