DANNY MURPHY: I kept shouting at myself to track back while re-watching Liverpool’s 2001 UEFA Cup final win against Alaves

There’s some great stuff on social media to help us stay sane through these troubled times. Has anyone managed the loo roll keepy-uppy challenge?

Jamie Carragher and Matty Briggs requested I post my two favourite goals. Old Trafford was a bit obvious so I went for a top-corner rocket against Leeds in front of The Kop, and a winner against Everton.

That’s when the ego took over. Selecting my goals whetted my appetite and I sat down to watch the full 2001 UEFA Cup Final between Liverpool and Alaves – the first time I’ve done that for one of my games since retiring. 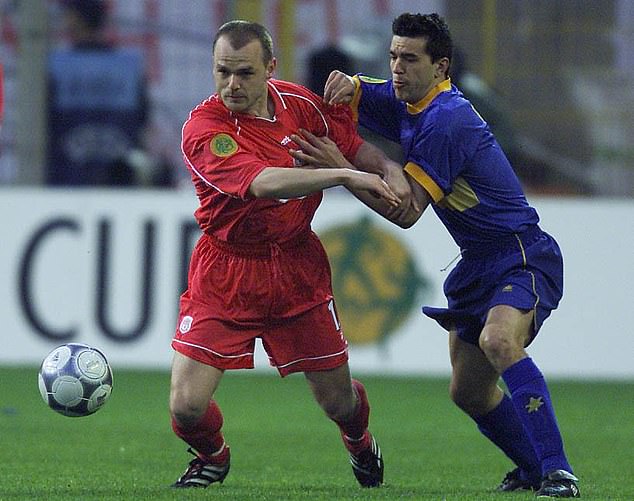 It was a cracking game, 5-4, but I did struggle to stop being a TV pundit. I found myself shouting at players to tuck in and track back – usually me.

That game is nearly 20 years old but watching it back, I don’t think football has changed too much. Today’s players are fit and powerful but one burst from Steven Gerrard to close space and crunch into a tackle was as athletic as anything I’ve seen this year.

For our second goal, we let Alaves play from the back, then squeezed the space and won the ball back, allowing Stevie to score from Michael Owen’s through ball. It was pressing even if that term wasn’t widely used at the time. 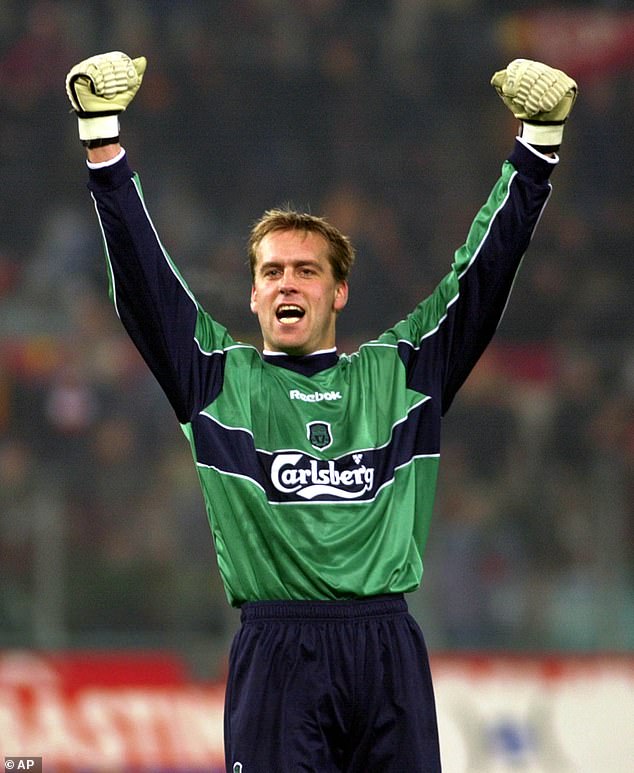 As I re-watched the game, I kept wanting Sander Westerveld to play out from the back

The one difference I did notice was the goalkeepers opting to kick long. I kept wanting Sander Westerveld to play out from the back. I had to remind myself, we are winning, we’ve got Emile Heskey up front, and this final isn’t in 2020!

Like a lot of former players, I’d always resisted the temptation to sit back and watch old footage so this enforced period of rest and reflection has given me an excuse to do that, and enjoy it.

I’m also fortunate to have friends whose job is to raise spirits. We’ve kept a What’s App group from the Soccer Aid game I played in 2016. Paddy McGuinness, John Bishop, Bradley Walsh are all on there so you can imagine the jokes and mickey-taking that goes on.

Jamie Redknapp, Mark Wright, Olly Murs, our manager Sam Allardyce are also in the group. It’s amazing and we’re talking about having a quiz on there. The first time we all got together four years ago for the match, we had a quiz.

Of course I’m aware there is a privileged side to my ‘lockdown’. But for the most part, I’m going through the same fears, frustrations, boredom and experiences as everyone else. 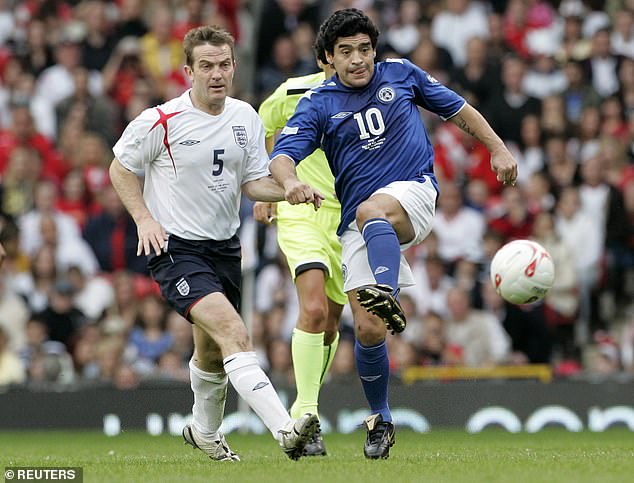 Comedian Bradley Walsh, who I played under at Soccer Aid in 2016, jokes around on WhatsApp

My son is staying with me and my daughter lives close by. At home this week, I’ve been a football coach, a Maths teacher, English teacher, chef and gardener. I’ve yet to be a doctor because mercifully we’re all healthy so far, and long may that continue.

But I’m unable to see my Mum who is in Chester. She’s one of those people with underlying health issues so of course I’ m concerned about her, and it’s hard to restrict our communication to the telephone. One of my cousins rang to say she’s lost her job in the legal world.

We had a long conversation about it and I am aware those type of unwanted discussions will be taking place in other families around the country.

One thing that works for me and helps ease any lethargy or feeling low is running. I was never mad-keen on distance running even as a player, I would be one of the back markers at Liverpool – usually in the second-to-last group, ahead of Michael Owen.

But I have found 5km runs every morning is important personally to my well-being. I’d be interested to see if others find that.

It’s been a strange week, the first since schools shut down, but between reviewing old Liverpool games, banter with John Bishop, home schooling and running, I am doing fine, and hope all of you are as well.

Now you can send me your football queries!

For the next few weeks, I’ll be opening up my email address to answer different questions from Sportsmail readers.

Anything goes, as long as it’s polite and football-related. Look forward to hearing from you.

Email your questions on [email protected]