Dani Ceballos defended his former teammate Mohamed Elneny after “highlights” of the Egyptian’s short spell on the pitch at the end of Arsenal’s 3-1 win over West Ham went viral.

An Arsenal fan posted the video of Elneny’s brief cameo appearance – where he did not touch the ball before the final whistle blew 10 seconds after the restart – and compared him to Andrea Pirlo in jest. 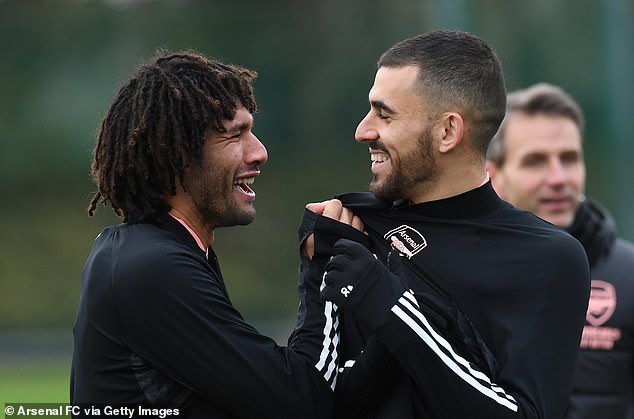 However, Real Madrid midfielder Ceballos, who was on loan at Arsenal between 2019 and 2021, defended his former teammate Elneny.

The 26-year-old tweeted: ‘incredible professional, incredible teammate. More players like that in football. a luxury player for the arsenal’, alongside a high-five emoji. 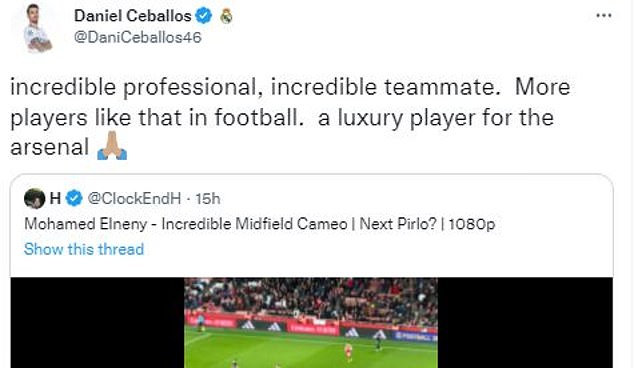 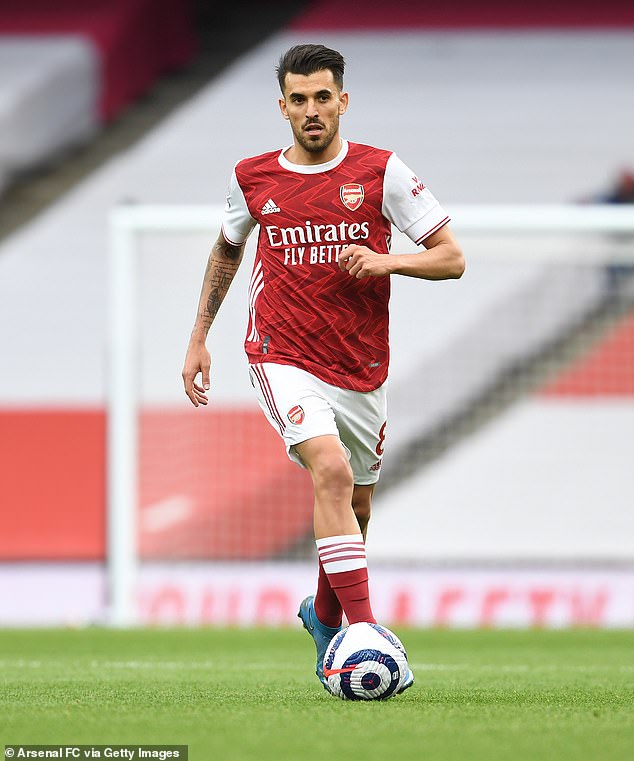 Ceballos featured for two seasons at Arsenal alongside Elneny, while on loan from Real Madrid

West Ham went ahead in the first-half of their Boxing Day clash at the Emirates with a a Said Benrahma penalty.

However, Arteta’s squad came back to win 3-1 in front of returning former boss Arsene Wenger, getting their goals through returning England hero Bukayo Saka, Gabriel Martinelli and Eddie Nketiah.

In the fifth additional minute at the end of the match, with the points firmly secured, Partey played his last moments, before being replaced for the last seconds by Elneny. 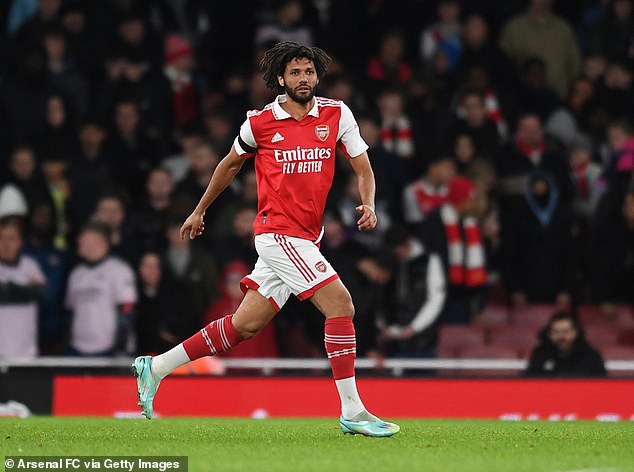 The video ‘highlights’ show Elneny coming on at the touchline, and running around, but not getting the ball, before the referee blows to conclude the game seconds later.

However, football is ultimately a squad game, and as Arsenal secured a seven point gap at the top of the Premier League with the 3-1 win, Elneny and his teammates will not be too fussed that he was only utilised for a brief cameo at the Emirates on Monday night.

Arsenal travel to Brighton on New Year’s Eve for the final Premier League match of 2022, before 2023 adventures at home to second-placed Newcastle in the league, and away at Oxford United in the FA Cup.