Marc Cucurella was seen wearing odd boots at Stamford Bridge on Tuesday after a heavy challenge tore one of his starting pair clean off.

The Chelsea defender went to inspect the boot afterwards in the Blues’ 2-0 win over Bournemouth, but found it was unusably torn after ripping at the tongue, and limped off to fetch a new one.

One of the club’s backroom staff presented a replacement to Cucurella in impressive time, but it was noticeably different to the one that had just been ruined. 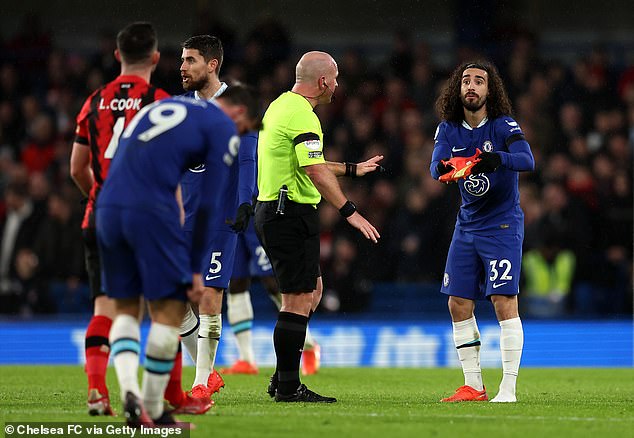 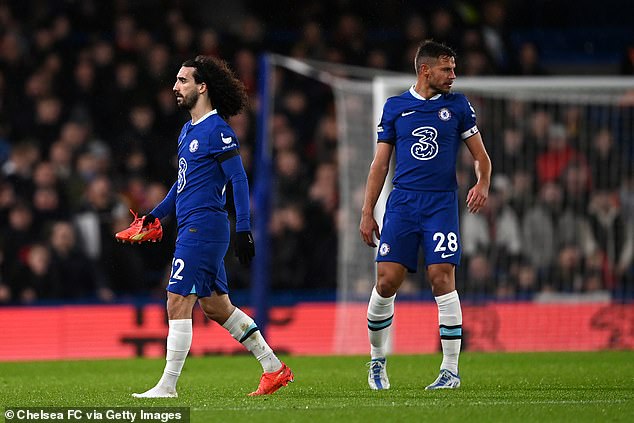 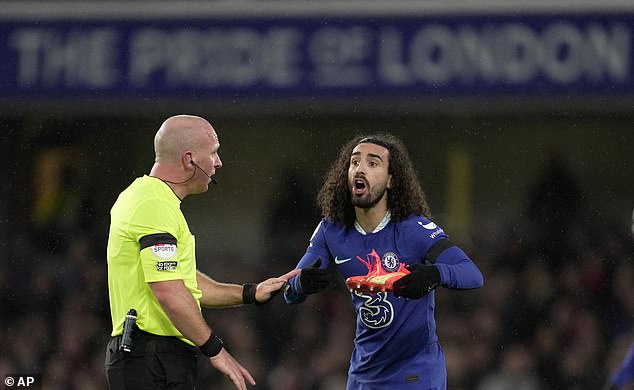 The 24-year-old then opted to stay in the other undamaged shoe, meaning he played much of the second half with one orange boot and one silver.

Aside from on-field wardrobe malfunctions, Chelsea put in a solid display against the Cherries in their first Premier League game since the World Cup.

Goals from Kai Havertz and Mason Mount, both of whom starred in Qatar, gave the home side a comfortable first-half lead, and Bournemouth struggled to get back into the game. 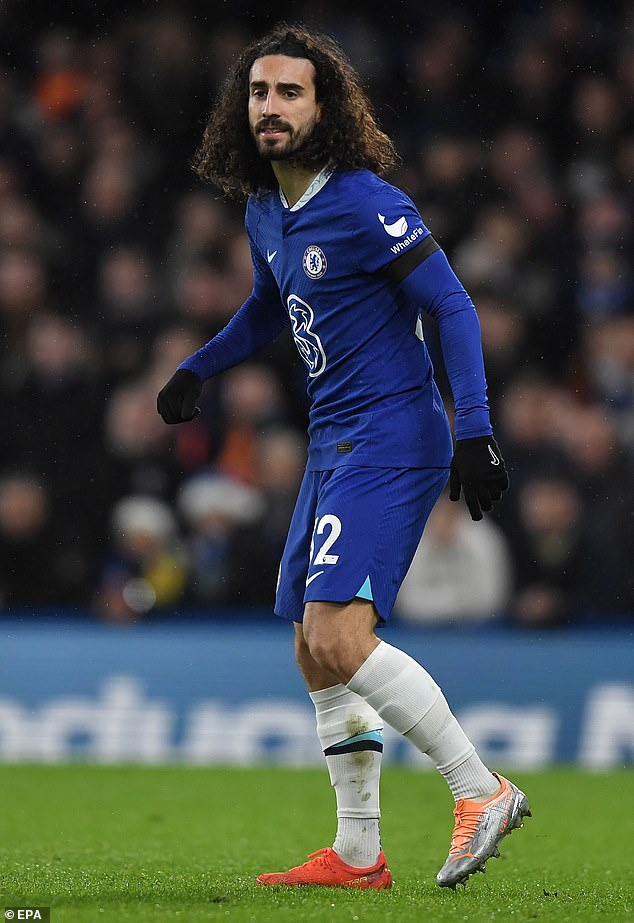 A new boot was found in impressive time, but it did not match the pair Cucurella started with

Graham Potter seemed happy with the way his side bounced back from losing three straight games before the break, as he told Prime Video:’ It wasn’t just about the win, we wanted a performance as well, we wanted to play better than we have done, We weren’t happy with our performances [before the World Cup].

‘We played some good attacking football and created some decent chances against a side that are doing well. They came back at us in the second half but overall I think we deserved the win.’

Despite the result, Chelsea remain eighth in the league, and six points off the Champions League places.

They will be hoping to keep their form going as they travel to Nottingham Forest for their next game on New Year’s Day.