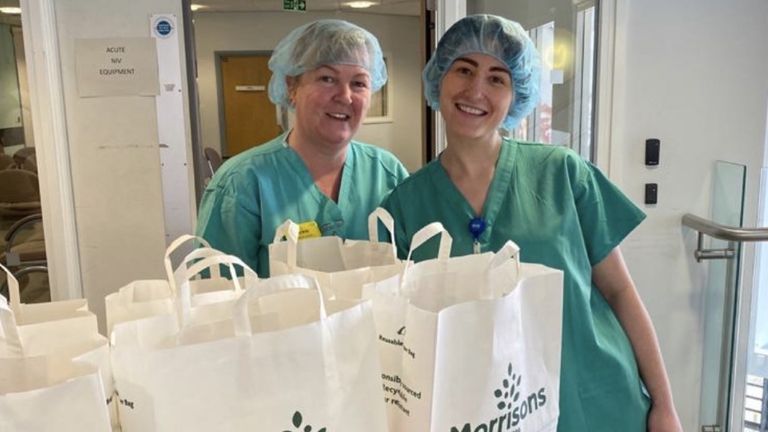 Sky Sports News reporter Vinny O’Connor speaks to members of The Spirit of Shankly Liverpool supporters union to hear how the group is helping vulnerable members of the local community on Merseyside, amid the COVID-19 pandemic.

On Merseyside, football’s response to the coronavirus outbreak has been enhanced by the work of Liverpool’s supporters union, The Spirit of Shankly.

In little over a week their ‘Help is Here’ campaign has supplied three hundred bags of food to vulnerable members of the community in addition to delivering food parcels to frontline staff at 12 NHS hospitals and clinics. 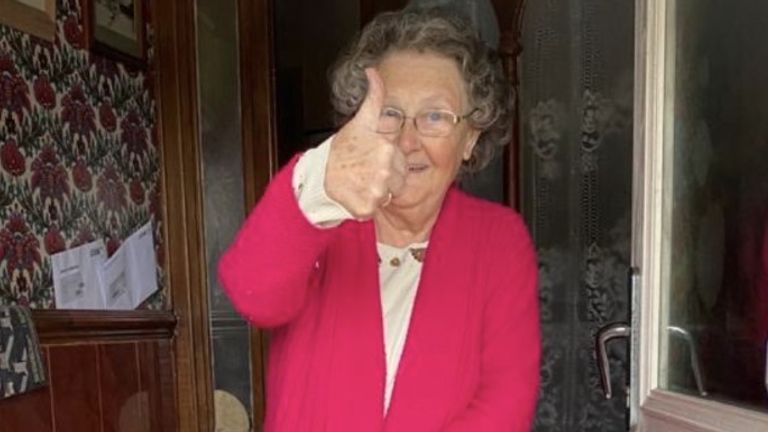 “We already had very strong community links and we just got to thinking what else can we do here?

“By Monday (last week) we had a partnership with the local Morrison’s store. By Tuesday we were asking our members for names and addresses of people who could benefit from a food drop and by Wednesday we had a number of volunteer taxi drivers with deliveries starting on Thursday through to Monday.”

Liaising with Liverpool City Council and charities such as the aforementioned Fans Supporting Foodbanks, Spirit of Shankly aim to supplement their work in the community for as long as it’s needed.

“The 300 people we’ve helped will be just as vulnerable next week so we are going to carry on doing as much as we can,” Blott added.

“We pay for the food bags out of our union funds which come from members’ subscriptions. But we have received donations as well, some from family members of those who have already been helped out by us, and we’ve also had two substantial donations from individuals who wish to remain anonymous, but they heard of the work we are doing and clearly wanted to help.”

At a time when there is so much uncertainty and with people in social isolation, help being on hand has put smiles on faces.

“We’ve had letters of thanks, so many social media posts saying what a great thing we are doing,” Blott said.

“I do know the taxi drivers were blown away on Monday when they made the drops at the NHS sites. The feedback we got from them was just absolute delight to see the photos and grateful thanks they got for just showing solidarity and support for those who we know are putting so much on the line for us all.”

Once the crisis has eased, it’s hoped that football supporters will fulfill another role.

As one of the stakeholders in the game, what part will they play in helping to decide how a season, in which Liverpool are just two wins away from their first league title in 30 years, should be concluded?