Non-elite football in England will be suspended under new national coronavirus restrictions, the FA has announced.

Subject to a vote by Members of Parliament on Wednesday, and further guidance from the Department for Digital, Culture, Media and Sport (DCMS), the restrictions will come into force from Thursday, November 5 until at least Wednesday, December 2.

The suspensions are set to take effect at steps 3-6 of the National League System (NLS) and their regional feeder leagues, as well as all indoor and outdoor youth and adult grassroots football, and at steps 3-7 of the Women’s Football Pyramid. A FA statement said: “As a result of the UK Government’s new national Covid-19 restrictions, and subject to Members of Parliament voting tomorrow (Wednesday 4 November 2020) and the publication of bespoke guidance from the Department for Digital, Culture, Media & Sport (DCMS), the impact on ‘non elite’ football in England will include the suspension of the following during this period:

“All fixtures and training for Steps 3-6 of the National League System (NLS).

“All fixtures and training for Tiers 3-7 of the Women’s Football Pyramid (WFP). 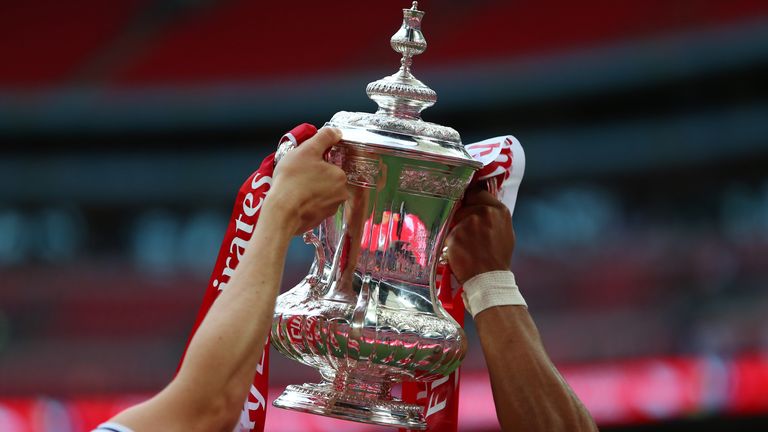 “All fixtures and training for the Regional NLS Feeder Leagues.

“All fixtures and training for The Barclays FA WSL Academy League.

“All fixtures and training for FA Girls Regional Talent Clubs.

“All fixtures and training for indoor and outdoor youth and adult grassroots football.

“The FA’s aim is to ensure that the 2020/21 season is completed at these levels and will liaise with the relevant leagues in the NLS and WFP and the County Football Associations to provide support and establish appropriate options to do so if required.

“The UK Government has confirmed that school sport can continue as an exemption during this period.” An announcement on the status of the Women’s FA Cup is set to follow, however it has already been confirmed all men’s FA Cup first round ties will go ahead as planned this weekend.

The ten so-called ‘non-elite’ clubs that are still in the competition will be permitted to play their fixtures but can only train with their clubs until Wednesday, November 4.

The FA are also expected to outline what the suspension could mean for the FA Trophy and FA Vase, as well as the FA Youth Cup.

Dialogue continues between the FA, the DCMS, leagues, competitions, and County Football Associations.