Barcelona trained on Friday for the first time in nearly two months as the team held their first individual session as part of the league’s four-phase plan to return to action after measures to halt the coronavirus were eased.

Barca tested all their players for COVID-19 on Wednesday and captain Lionel Messi was among those seen out on the Joan Gamper training complex conducting individual dribbling and running exercises.

All players trained with the exception of Ousmane Dembele, who is recovering from a hamstring injury and is not registered to play for the rest of the season due to Barca signing Martin Braithwaite in February.

Individual training is the second phase of La Liga’s detailed protocol for returning to activity designed to avoid players being infected with the virus.

Players will start training in small groups within the next two weeks and progress to full training before resuming matches, which La Liga says it hopes to start up again by June although it has yet to confirm dates for fixtures.

Barca lead the standings with 11 matches remaining and hold a two-point lead over Real Madrid, who are due to begin training on Monday.

Sevilla, Leganes and Osasuna were among the other clubs who also began individual training sessions on Friday.

Keegan Pierce, the LaLiga Global Delegate for the UK and Ireland, explains to Sky Sports News‘ Paul Gilmour how testing will work in Spain’s top flight…

What can you tell us about La Liga’s plans to return?

“The most important thing to keep in mind is that La Liga is looking to resume the rest of its season in coordination with the Spanish government, which announced just last week a phased process towards what they describe as the return to new normal for everyday life in Spain.

“As part of this scaled approach to the return to the new normal, Spain is looking to incorporate different levels of economic activity and sport is one of them. So, La Liga, together with clubs and medical professionals, and in coordination with the health ministry and other government officials in Spain, have been coordinating very closely a series of protocols that allow football to resume while minimising the risk for players and participants.” How will this work?

“You will have seen images this week of a number of La Liga players returning to their training centres. This is part of an initial phase whereby all participants within squads are getting tested and making sure we know who may potentially have the infection or who may have already gone through a period of infection, and therefore potentially have immunity.

“From that point, that’s when players can begin to work individually. This is something that’s going to be taking place over the course of the next four weeks as we sort of transition from an initial testing phase to a phase whereby players will be doing individual work while still respecting social distancing.

“You’ve seen the images of the players wearing masks, wearing gloves as they arrive at their training centres, and then eventually we would phase after this four-week period to a moment in which players could begin working in group sessions.” 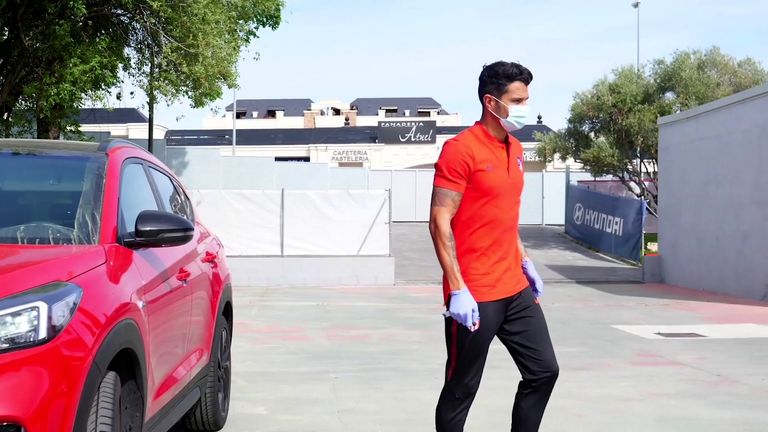 What happens if a player tests positive during season resumption?

“We’re really looking to go through this process step by step and obviously the first step is to make sure that we’ve got players back at their training centres and going about their individual work, but the core of the protocols account for that, and they account for the isolation that’s required when a player is infected.

“You’re going to have some elements of players working in different groups within a squad to ensure that the contact is minimised, again in line with the same social distancing guidelines that are being put forth by the Spanish government.

“We understand that often in football, you need to take things match by match, and we think that this circumstance certainly needs to be taken step by step. It’s very easy for people to begin to imagine what matches would look like, what circumstances would like if the league eventually resumes. We certainly would love to see La Liga resuming by the month of June, but we want to make sure that we’re successfully implementing this first phase in order to move forward.” 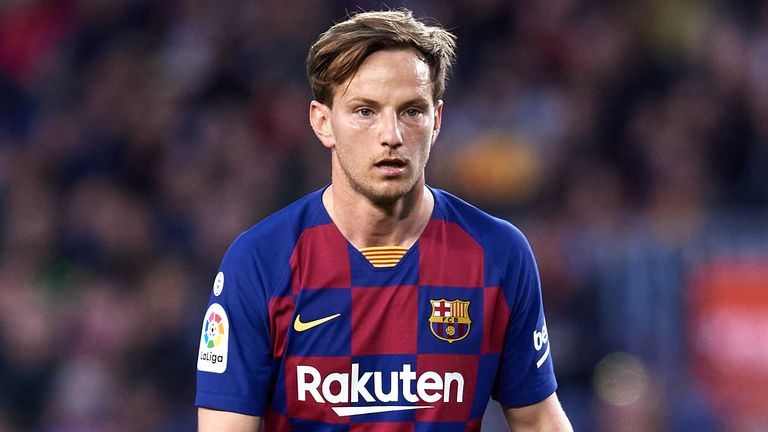 Ivan Rakitic insists he is “very happy” at Barcelona and hopes to still be at the club next season.

The Croatia midfielder was one of a number of Barca players offered to Paris Saint-Germain last summer as part of a potential deal to bring Neymar back to the Nou Camp.

That deal did not materialise and Rakitic was left annoyed with Barca, reminding them he is “not a sack of potatoes you can do anything with”.