PSV Eindhoven star Cody Gakpo is understood to have arrived in England for a medical ahead of his move to Liverpool.

It comes after the Reds agreed a €50million (£44m) deal with the Dutch club for the sought-after striker.

The clubs held talks on Monday night as Liverpool moved to head off competition from Manchester United. 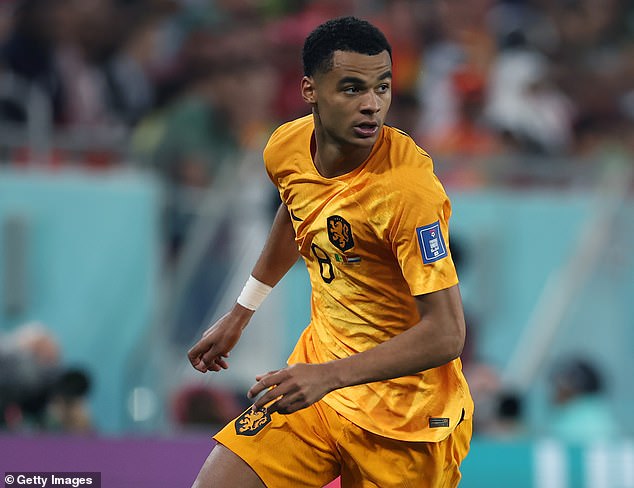 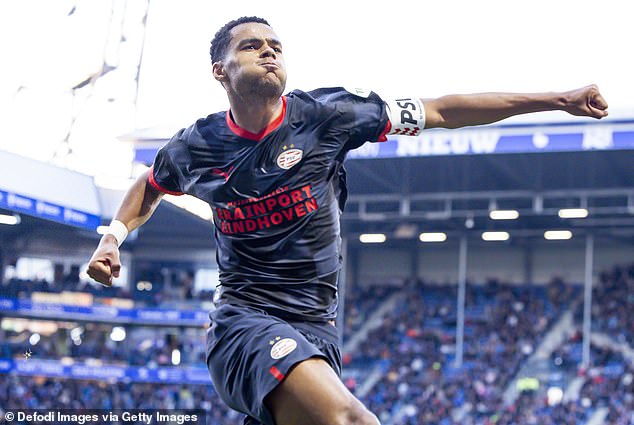 And now the forward – who enjoyed a stellar World Cup for Holland – is on his way to Liverpool to complete the move, according to Sky Sports.

In a statement on Twitter, PSV wrote on Boxing Day: ‘PSV and @LFC have reached an agreement on the proposed transfer of Cody Gakpo. The 23-year-old attacker will leave for England imminently where he will be subjected to the necessary formalities ahead of the completion of the transfer.’

Gakpo had offers from Leeds and Southampton last summer but chose to stay at PSV after the Dutch club rejected offers.

The 23-year old had chosen to wait for offers from clubs contending in the Champions League and despite the pull of United’s Erik ten Hag, Liverpool fit the bill. 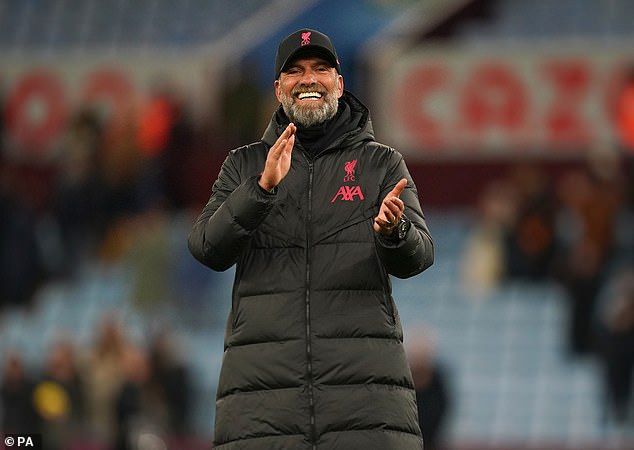 Liverpool have concerns over Luis Diaz’s injury following his knee surgery while Darwin Nunez is struggling to find his rhythm after his move from Benfica.

Leeds offered £25m plus add-ons for Gakpo in the summer but it was rejected with PSV believing the add-ons were unrealistic. They have been holding out for a deal around £45million for the Holland international.

United had been considered favourites but the ongoing talk over their sale has cast doubt over what funds are readily available this month.

It emerged this week that United have been reduced to shopping in the loan market this January as the Glazers look to sell the club.

Erik ten Hag confirmed that the club are in the market for a No 9 but speaking after his side’s 3-0 win against Nottingham Forest, he said ‘it has to match the sporting criteria but also the financial criteria’.

When quizzed about Gakpo’s move to Liverpool, the United boss declined to comment and said: ‘I don’t talk about any individual cases.’

Reports in Holland claim that PSV have only sold their star player because of their precarious financial situation, leaving them with a ‘knife to their throat’.

According to De Telegraaf, PSV must collect £35m per season to keep afloat having watched their wage bill rise sharply in recent campaigns.

The Holland international, who netted three goals for his country at the World Cup, has scored 13 goals and provided 17 assists in 24 appearances this season for PSV before his move to the Reds.