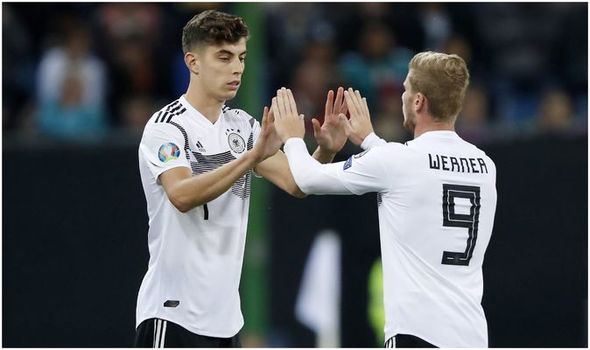 Chelsea face a delay in completing the signing of Kai Havertz if they are to agree a transfer fee with Bayer Leverkusen.

The Blues are splashing the cash and have already made two signings before the summer transfer window has even opened.

Ajax playmaker Hakim Ziyech was the first to agree to join Frank Lampard’s squad for an initial €40million (£36.2m) fee back in February.

Chelsea followed up Ziyech’s capture by confirming the signing of Timo Werner from RB Leipzig on Thursday.

The Germany international will make the move next month – subject to a medical – after deciding to bail on Leipzig’s Champions League campaign, which is set to resume in August.

Chelsea hope to follow up the deal for Werner by signing Havertz from Leverkusen.

He is likely to be the most expensive of the trio, with the Bundesliga club demanding a fee in excess of £70million.

Leverkusen chief Fernando Carro has admitted Havertz is considering his future, despite having two years left to run on his current deal.

“Many clubs are interested in him,” Carro said. “I see the player’s wish to take the next step sometime in the near future. 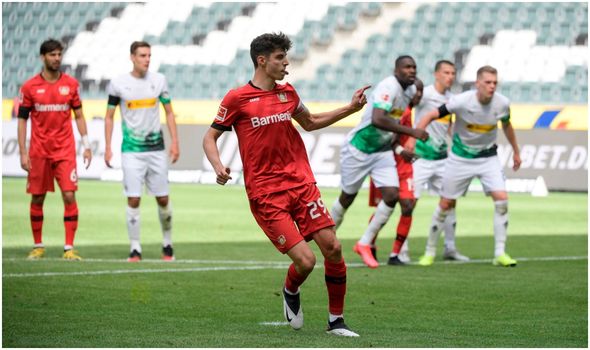 “You have to respect that as much as the fact that he has a contract in until 2022.”

If Leverkusen do agree to sell Havertz, they will not allow him to follow Werner’s lead by abandoning the club while they remain in European competition.

The North Rhine-Westphalia outfit are likely to reach the Europa League quarter-finals because they hold a 3-1 lead against Rangers from the first leg of their last-16 tie, which was played back in March.

The competition will resume in August at a number of stadiums throughout Germany.

Leverkusen sporting director Rudi Voller does not expect any players to leave while they remain in the Europa League because “that goes without saying for me.”

“Each of our players would want that too,” he added.

Chelsea, meanwhile, are in talks with Leicester City over a potential deal for Ben Chilwell.