Chelsea reportedly boast a key advantage over Barcelona in the pursuit of Miralem Pjanic, despite the La Liga giants supposedly closing in on the Juventus midfielder. Pjanic has found himself at the centre of a transfer saga after Juve made it clear the Bosnian is surplus to requirements in Turin.

Reports from Spain this week suggested that both Pjanic and team-mate Mattia De Sciglio could move to Nou Camp in exchange for Nelson Semedo, as long as Juventus sweeten the deal with £22million.

Sport claim that such a move will help Barcelona raise funds ahead of a £100m bid for Inter Milan striker Lautaro Martinez.

However, Gazzetta dello Sport combat this by saying such reports are fanciful and Chelsea in fact hold the cards in the pursuit of Pjanic.

The Italian outlet say that Juventus only want midfielder Arthur, not Semedo, from the Catalan side’s squad but the Brazilian is not keen on leaving the Nou Camp. 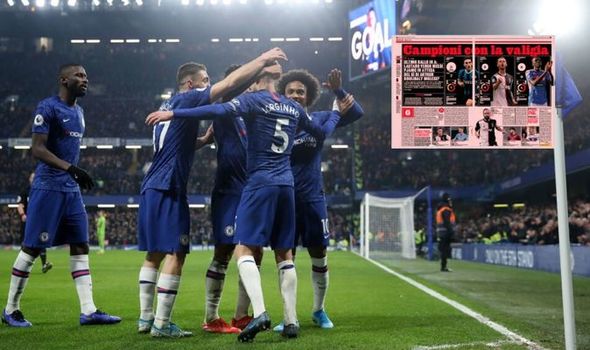 Chelsea are therefore in prime position to make a move for Pjanic with Jorginho the ‘ace in the hole’ who could be key to the transfer.

Juventus boss Maurizio Sarri is a known admirer of Jorginho, having managed him at Napoli before signing the 28-year-old at Stamford Bridge.

And the Italian midfielder could be convinced to have another reunion, this time at the Allianz Stadium with Pjanic heading in the opposite direction.

A swap deal between the pair has previously been touted, although Lampard is believed to be keen on keeping hold of Jorginho, who was one of the Blues’ most consistent performers this season – unless the player states a desire to leave.

Paris Saint-Germain are named as another club interested in Pjanic, with Leandro Paredes named as a potential makeweight in any deal.

However, it is stated that Sarri would almost certainly prefer Jorginho over the Argentine midfielder.

There is a particular focus on the possibility of swap deals this summer as it remains to be seen how badly the transfer market will be affected by the coronavirus crisis.

Clubs could potentially have a lot less cash available to spend, while others will subsequently be reluctant to part with their star assets if replacements cannot be signed. 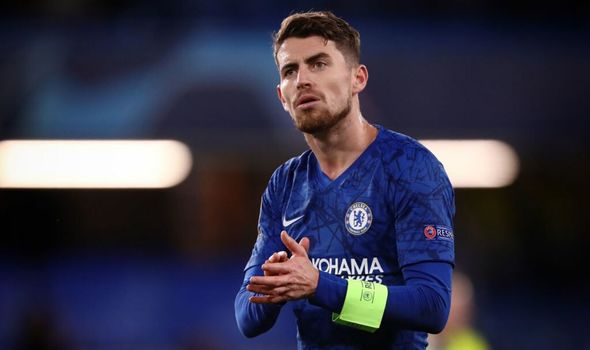 Football London have previously suggested that a successful deal between Chelsea and Juventus could pave the way for further high-profile swaps this summer, with the unorthodox way of doing business giving clubs greater flexibility in uncertain times.

They claim one such club who could take advantage is Arsenal, who are pursuing Atletico Madrid midfielder Thomas Partey.

The Ghanaian has supposedly informed Atletico that he wants to leave Spain and move to the Emirates this summer, but Football London believe the Gunners are not currently in a position to meet the player’s £43.6million buyout clause.

This is because the Premier League side’s transfer budget will be dramatically smaller than first anticipated, but a deal may not be dead in the water if a swap can be engineered.

Lucas Torreira is touted as the best bet to move the other way after his struggles to nail down a starting berth in Mikel Arteta’s side, but his value is not considered equal to that of Partey.

Arsenal would therefore need to supplement any deal with a fee, similar to Juventus’s proposed move for Semedo.