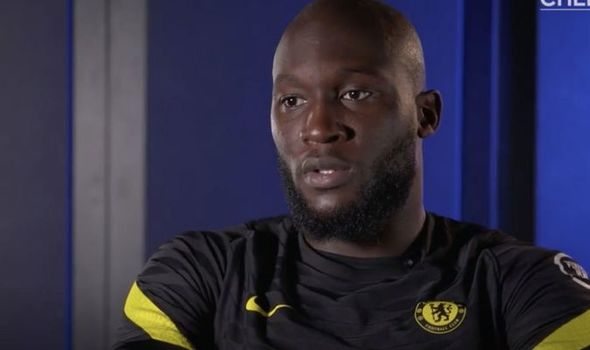 Romelu Lukaku has offered a sincere apology and explanation to Chelsea fans for his controversial interview with Sky Italia, claiming the full context behind his comments has been misunderstood. The Belgian, who was dropped from Sunday’s match-day squad to face Liverpool on Sunday by Thomas Tuchel, has since returned to training following a second round of face-to-face talks with his manager on Monday at Cobham.

But Lukaku insists the interview, which was recorded three weeks prior to its release, was simply conducted to repair his fractured relationship with former club Inter Milan and their fanbase.

His reputation at the San Siro was thrown into question last summer following his £97.5million club-record return to Chelsea that came just weeks after he reaffirmed his commitment to Serie A champions Inter.

Therefore, his departure was not received well by the Inter ultras, meaning Lukaku has felt the need to clarify the reasons behind his decision and more so, his deep affection for the Italian club.

After Tuchel admitted the issue was now put to bed following Lukaku’s return to training, Chelsea have now handed their striker the chance to set the record straight.

Lukaku said: “It’s been quite a few hectic days I think, everybody can understand why.

“It’s been tough weeks personally too with Covid, trying to get back into the team but in the end, the last two games I’ve tried to help the team win.

“I totally understand, I think I should have been much clearer in my message.

“The interview was about saying goodbye to the Inter fans, it was not about trying to disrespect the fans, the football club, the owner, my team-mates and the manager.

“They did a lot of effort to bring me back here and I was on a mission ever since I left.

“I totally understand the frustrations of the fans but it’s up to me to show my commitment is 100 per cent and I will.”

Lukaku also laid on record that he expects to feel more settled in west London in the coming months, when he hopes his family will join him in the capital.

The 28-year-old has had to deal with a number of disruptive obstacles this season including injuries and COVID-19 following his impressive start to take two at Chelsea.

And when asked about supporters questioning his loyalty, Lukaku offered reassurance he’s at Chelsea for the long haul, adding: “They don’t need to question my commitment.

“If they see how I said I wanted to come here to be successful, that’s why I signed a five-year deal.

“Chelsea is a club that is equal to success, all the players come here to win and I have a special passion for this club. I want to achieve that and win here for many years.

“That’s why I signed a five-year deal, that’s why I came back to this football club.”