Chelsea manager Frank Lampard has held direct talks with Napoli forward Dries Mertens. The 32-year-old was a target for the Blues in January but a deal failed to materialise. He is out of contract at the end of the season so could wing his way to Stamford Bridge on a free transfer.

Chelsea target Mertens has provided 121 goals and 73 assists in 311 appearances for Napoli since joining from PSV Eindhoven in 2013.

The Serie A giants have been attempting to extending his deal but attempts so far have not yielded a positive outcome.

That is good news for Frank Lampard, however, because the Chelsea boss remains eager to add him to his attack.

A forward was top of the target list in January but the Blues failed to strengthen.

A challenger for Tammy Abraham is still wanted and, according to Gianluca Di Marzio, Lampard has contacted Mertens to discuss a potential transfer.

KEY STORY: Premier League return within weeks planned because of transfer window with all games on TV 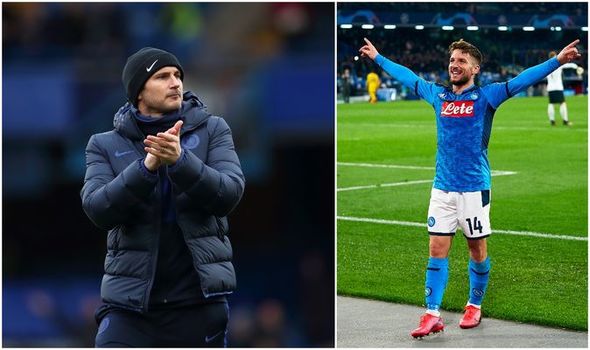 If Chelsea are successful in signing Mertens then it would open the door for Olivier Giroud to depart.

The former Arsenal striker was out of contract in June but a one-year option has been triggered.

He was close to leaving in January amid interest from Inter Milan and Tottenham Hotspur but Chelsea’s failure to sign a replacement saw any move shelved.

Discussing the saga, Giroud said: “Everyone knows that the sporting project of Inter was the most interesting for me. 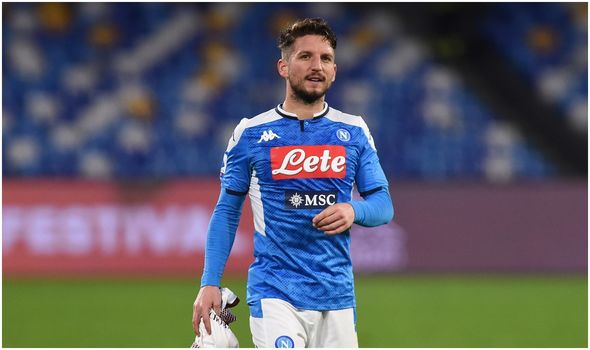 “Lazio and Tottenham also looked for me. At one point, it was a question of where I wanted to go to play. I spoke to Conte on the phone.”

Giroud previously admitted he open to extending his stay in West London beyond the end of this campaign.

“There are a few months to go, games to win and maybe another trophy, and after, you know, I think I have two [or] three nice seasons in front of me.

“It’s not the time to talk about contracts and everything but I will make a decision when it comes.”