The 21-year-old midfielder has shone at Crystal Palace this season on loan from Stamford Bridge.

Gallagher has scored six goals in 17 outings this season and made his senior England debut against San Marino last month and has impressed Cudicini. 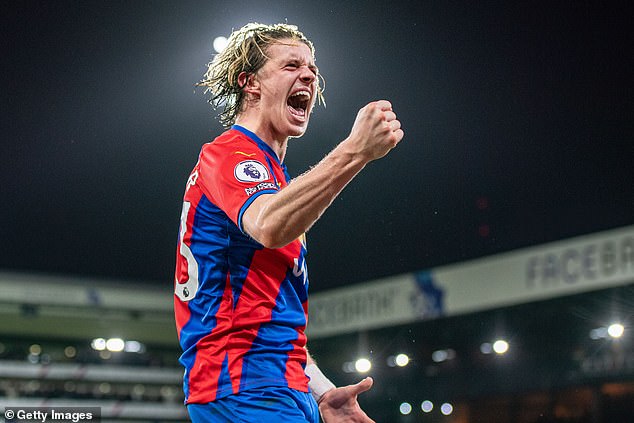 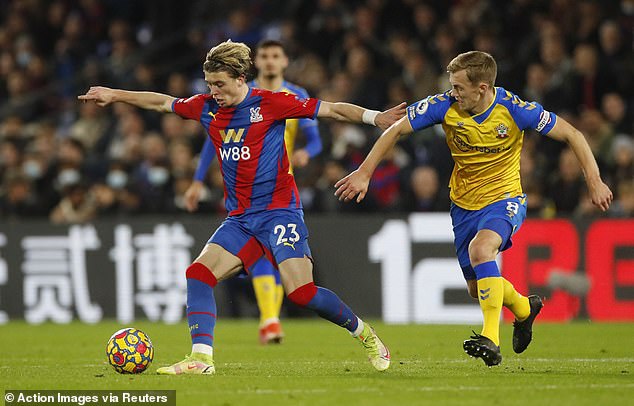 ‘What’s important for Conor is to finish the season where he is. That’s why we’ve not put anything in place to recall him next month – it’s the same with Billy Gilmour,’ he told Ladbrokes.

‘I’ve said this many times in the past, but a loan isn’t necessarily only successful if you’re playing every single minute.

‘Sometimes, especially at that age, you learn just as much when you’re not in the team.

‘I think back to Conor last season at West Bromwich Albion where he had a difficult moment when the manager Slaven Bilic was replaced by Sam Allardyce. 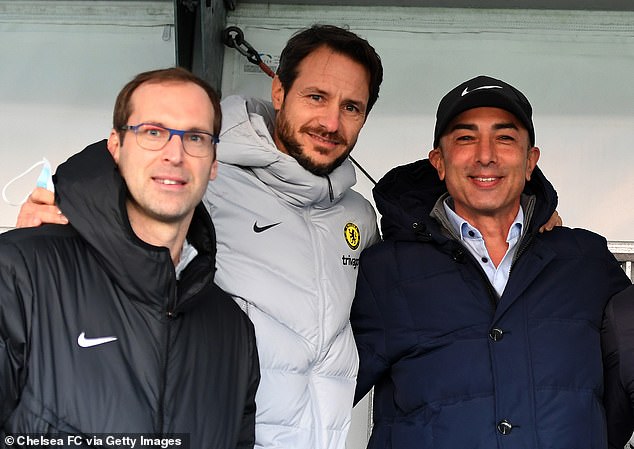 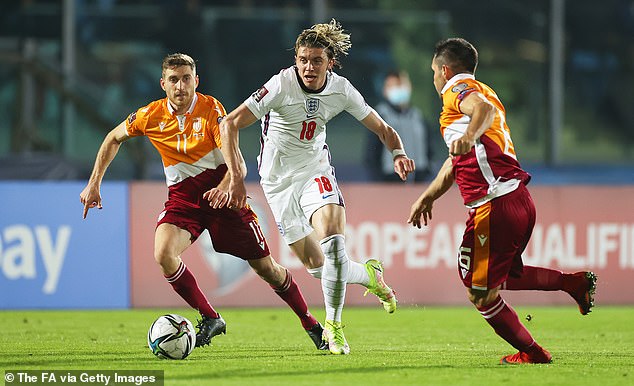 ‘Conor missed a few games under Allardyce and I had to talk with him and remind him that he should take this as a positive moment, because he’s learning how to deal with these types of situations and managerial changes.

‘You hope to play every minute of every game, but there will be a time where you spend some time on the bench, so why not start to deal with that part of the game now?

‘With a player as talented as Conor, you’re always going to receive a lot of interest from a number of clubs, both from England and abroad.

‘It was just a matter of understanding what the manager wants from him, and then it’s about picking the right club – and we feel Crystal Palace is exactly that.’