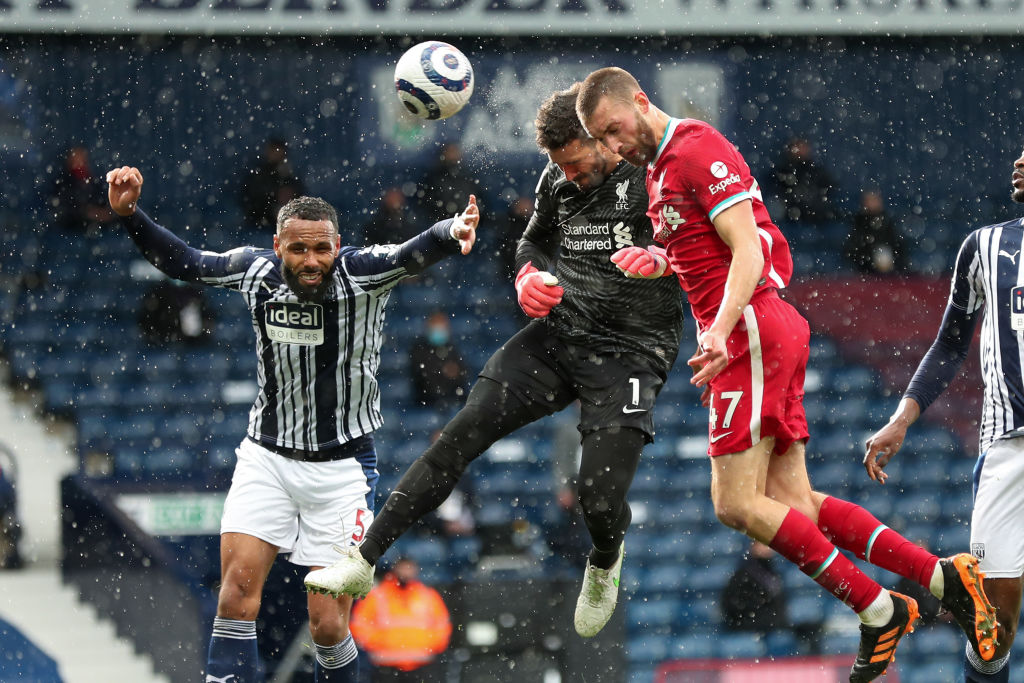 Michael Owen has predicted which two teams will sneak into the top four following Liverpool’s dramatic victory over West Brom on Sunday.

Goalkeeper Alisson popped up with a stunning header in the 95th minute to keep the Reds’ hopes of securing a place in next season’s Champions League intact.

Hal Robson-Kanu had given the Baggies the lead in the first half before Mohamed Salah equalised, and the game looked set to end up as a draw before Alisson produced a moment of magic.

In the last seconds of the game, the stopper got on the end of Trent Alexander-Arnold’s corner and headed expertly into the back of the net to make it 2-1.

Jurgen Klopp’s side are now within one point of fourth-placed Chelsea with two games left to play this season – against Burnley and Crystal Palace.

The Blues play third-placed Leicester on Tuesday, before facing Aston Villa on Sunday.

Meanwhile, the Foxes, who are currently two points ahead of Chelsea, go up against Tottenham on the final day of the season.

And ex-Liverpool striker Owen believes Leicester will drop out of the top four, with Chelsea and the Reds securing Champions League football along with league winners Manchester City and second-placed Manchester United for next season.

‘In the last few games they’ve missed so many chances and created so much.

‘Today there were a few chances but it was a disappointing performance on the whole.

‘That last-minute goal will paper over the cracks in terms of the performance because I thought it was only okay.

‘But at this stage of the season it really doesn’t matter. Roll on Burnley next and it’s another must-win game.

‘You would say that Liverpool’s remaining fixtures are the easiest out of the three teams, and it’s definitely two from three now, I can’t see the likes of Tottenham [sixth place] or anybody else squeezing into the party, West Ham [seventh place].

‘I think it is Liverpool, Leicester and Chelsea, two from those three and I think it’s going to be Liverpool and one other.’

When pressed for an answer on the other team, Owen said: ‘It’s so hard. I think Liverpool and Chelsea, I think Chelsea might beat Leicester.’