Former Chelsea defender John Terry brutally mocked Tottenham’s lack of silverware in response to taunts from Spurs fans during their game with Aston Villa on Wednesday. Terry has been assistant head coach at the Villans since his retirement in 2019.

The Blues legend won 15 honours during his time at Stamford Bridge, having made his senior debut in 1998.

Five Premier League, five FA Cups and a Champions League are among the titles Terry won during his career.

Terry departed after winning his final top-flight title with Chelsea in 2017. He had scarcely featured under then-boss Antonio Conte and moved to Villa on a free transfer after making 713 appearances for the west Londoners.

He played 36 times across two seasons for Villa and retired after their play-off final win over Derby County in 2019.

JUST IN: Kane’s reasons for demanding Spurs departure made clear as fans boo 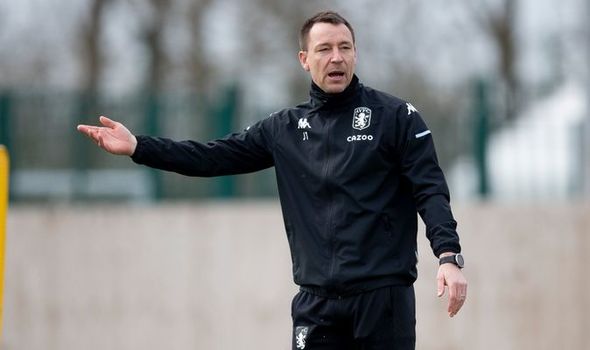 Tottenham have earned just the one trophy since Terry made his debut as a fresh-faced 17-year-old. Jonathan Woodgate headed in the winning goal against the Blues in the 2008 League Cup final.

The North Londoners’ lack of success is supposedly the main reason why striker Harry Kane wants to leave.

And Terry appeared to reference Spurs’ lack of success when his Villa side played Spurs.

As noticed by ESPN reporter James Olly, Tottenham fans chanted about their former defender Ledley King being better than Terry. The ex-England captain responded by turning to the crowd and imitating lifting a trophy.

King made 318 appearances for the north Londoners but had his career hampered by a string of injuries. The 40-year-old is now part of the club’s coaching staff.

Terry also had the last laugh on the pitch. An own goal by Sergio Reguilon and a goal by Ollie Watkins cancelled out Steven Bergwijn’s early goal at the Tottenham Hotspur Stadium.

The latest jibe comes nearly a year after Terry sent a birthday message to a Tottenham-supporting friend on social media. The video showed the array of trophies and made reference to the time Spurs’ chances of winning the 2015-16 Premier League title were stopped by Chelsea. 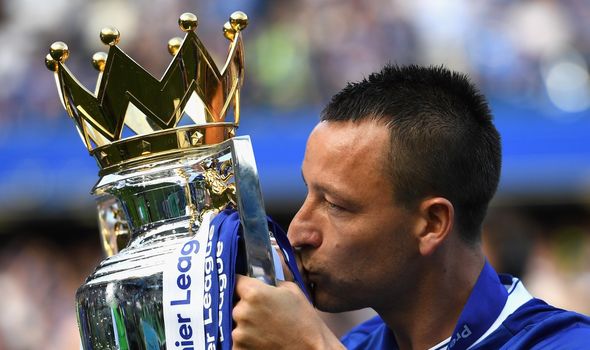 “A big thanks mate for everything you do for me, personally and professionally. Top fella.

“Probably the only down side to it is that you’re Spurs, which is unfortunate for you actually.

“See the one at the top [Premier League trophy]?” he added. “You nearly won that and we stopped you at the Bridge that year.

“Do you remember that mate? When we stopped Spurs at Stamford Bridge and should have had about seven men sent off?

“I mean the bottom one [Champions League trophy], let’s not even go there mate, but yeah that Premier League one must hurt mate.”