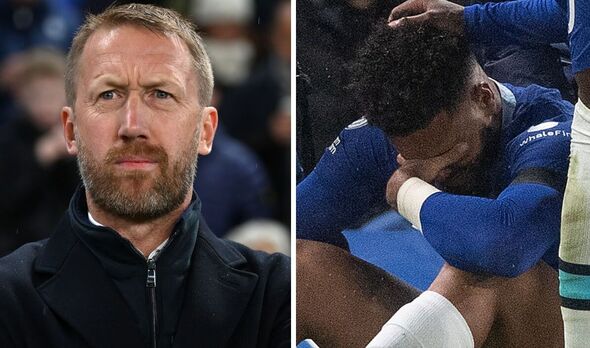 Chelsea are reportedly holding ‘internal talks’ over a move for Celtic star Josip Juranovic as an option to provide cover for Reece James, who will miss the next four weeks of action. The England international was making his first appearance since the start of October on Tuesday in Chelsea’s match against Bournemouth.

James had picked up a knee injury in the win over Wolves two months ago, which ruled him out of playing at the World Cup. The 23-year-old was back to full fitness to return to the starting line-up against Bournemouth.

But he suffered a knock early in the second half with Graham Potter confirming after the game that it was the same knee injury James had only just recovered from. Chelsea have since put out a statement that James will likely be out for up to a month, ruling him out of two matches against Manchester City as well as a trip to Liverpool later in January.

Cesar Azpilicueta was brought on for James against Bournemouth, but Potter has also utilised Ruben Loftus-Cheek, Raheem Sterling and Christian Pulisic as makeshift right wing-backs. But Chelsea may dip into the January transfer market to bring in extra cover following James’ latest injury setback.

According to Sky Sports, Chelsea have held ‘internal talks’ on whether to bring in an emergency replacement for the defender heading into the January transfer window. Juranovic is named as someone Chelsea are monitoring closely, although no ‘formal approach’ has been made.

Chelsea aren’t alone in showing an interest in the Croatia international, who is said to be valued at £20million. Barcelona have also been keeping tabs on the 27-year-old, while West Ham are in the race for his signature as well.

James is desperate to put his woes behind him heading into the New Year having also missed a large chunk of last season through separate injuries. He wrote on Twitter: “2022 has been the toughest year to date … It’s naturally effected [sic] me mentally, I’m currently just tryna deal with the cards I’ve been dealt.”

James has been crucial to Chelsea’s success in recent years, establishing himself as one of the world’s best right-backs. And Potter admits the defender will be sorely missed in the coming weeks as Chelsea bid to climb the table.

“He’s been really disappointed to miss the World Cup, of course,” Potter said. “It was a huge blow to him. You could see his quality and what he brings to the team.

“He is a world-class player. You see it from the outside but not until you work with him do you see how good he is. He could play in any team in the world, and any team would miss him.”