Eden Hazard was the subject of much discussion in the build-up to Chelsea’s Champions League semi-final tie against Real Madrid on Tuesday, but Christian Pulisic proved he is worth every penny as the Belgian’s replacement.

Chelsea travelled to Madrid on Tuesday for their first Champions League semi-final since 2014.

In the build-up, however, all the talk was about the player they let go in 2019, Hazard.

The Belgian has struggled to settle in Spain due to injuries, and was left on the bench at the Madrid training ground.

Chelsea spent the entirety of last summer buying new players who were all speculated about being replacements for Hazard, but it seems they already signed an adequate replacement in 2019. 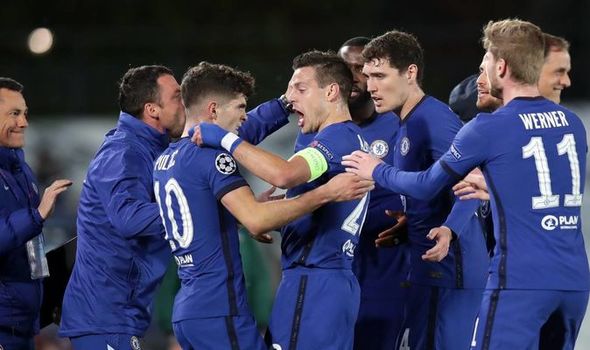 Speaking before the game, Rio Ferdinand and Joe Cole waxed lyrical about the talents of Pulisic.

“He’s the one Chelsea player in the team today who can get it and drive past people with the ball,” Ferdinand said.

Cole added: “I love Pulisic. Back end of last year he was Chelsea’s best player by a mile. He was driving with the ball.

“He looked like Eden Hazard. Had the No.10 on his back. Can go both ways. Score goals.”

Pulisic started the game as an inside forward behind Timo Werner, and was a constant threat getting behind the Madrid defence.

He took his goal well on the 15 minute mark, rounding Thibaut Courtois before firing past Sergio Ramos.

Pulisic took a while to settle in after Thomas Tuchel arrived, but now seems to be truly finding his feet.

The attacker was Chelsea’s standout player towards the end of last season, and it was suggested that the influx of new talent last summer would see him slip down the pecking order. 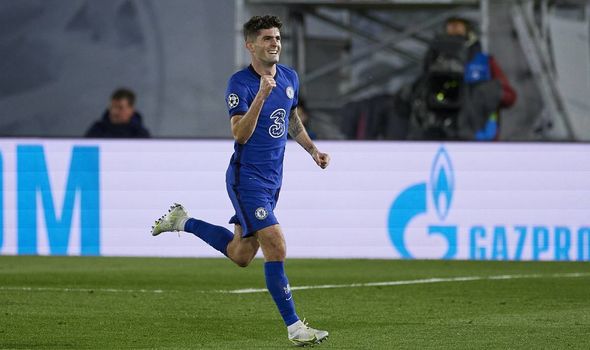 But instead, Pulisic did everything Hazard used to do while he played for the west London side, and continued to get the ball and drive at the defence.

He was taken off just after the hour mark after putting in a brilliant display for Tuchel’s side, and will give the manager a selection headache going forward.

Blues boss Tuchel surprised everyone by naming an unchanged line-up from their win over Southampton on Saturday, with Timo Werner leading the line.

The German missed a golden opportunity to break the deadlock early in the first half, but the striker fired straight at Courtois.

That proved to be a constant theme throughout the match, as the under-fire Werner failed to provide evidence to support Tuchel’s decision to start him in favour of Kai Havertz.

It now seems clearer than ever that Chelsea’s first point of call in the summer should be to get a new striker on board.

And against Madrid, they learned the hard way what will happen when they don’t have a clinical number nine in the side. 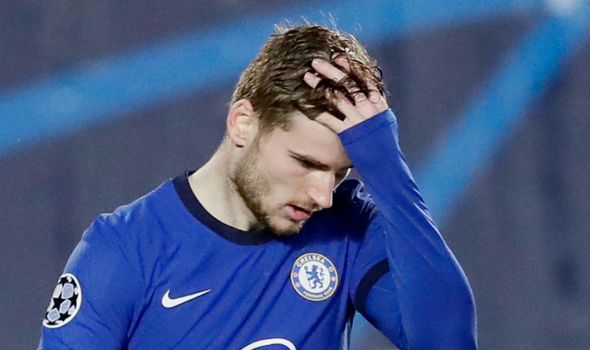 Just 15 minutes after finding the opener, a crucial away goal in the tie, Chelsea were pegged back by Karim Benzema.

The Frenchman’s shot on the half-hour mark was pretty much Madrid’s first of the game, but instantly made Chelsea regret their bluntness in front of goal.

That style of player who can create something from nothing is one they desperately need at the moment, especially if Tuchel continues to play Havertz in a false nine or inside forward role.

With Sergio Aguero available for free this summer, Chelsea could do a lot worse than signing him up.