Chelsea boss Thomas Tuchel has asked Roman Abramovich for a ‘galactic signing’ next month and listed Theo Hernandez as one of his top targets, according to reports in Spain.

The Blues were dealt a huge blow after Ben Chilwell suffered a partial ACL tear during their 4-0 Champions League win over Juventus last month, and have failed to keep a single clean sheet since.

Tuchel’s side were held to a 1-1 draw with Everton on Thursday night, and with the race for the Premier League title well underway, the German boss believes his side cannot afford to wait for the return of Chilwell. 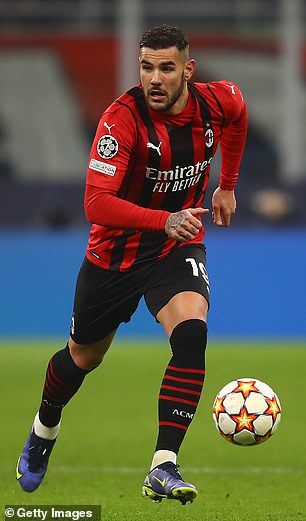 According to El Nacional, the former PSG boss has asked Roman Abramovich for someone who can cover for the English defender and compete for a place with Marcos Alonso.

Reports suggest Tuchel has asked for Hernandez specifically, with the full back being regarded as one of the best in the world in his position.

Having failed to impress at Real Madrid, the defender has developed into a top player since his move to the San Siro in 2019, and recently earned his first call up for the French national team.

The left back has recorded 14 goals and 13 assists in Serie A across three seasons, with his attacking efficiency being a key factor for Tuchel’s interest.

It’s understood that the Blues would be in pole position to acquire the defender, with Abramovich looking to capitalise on Milan’s exit from the Champions League. As they finished fourth in their group, they won’t even drop into the Europa League.

The Russian is supposedly ready to make an offer next month having already started discussions over the former Deportivo Alaves player. 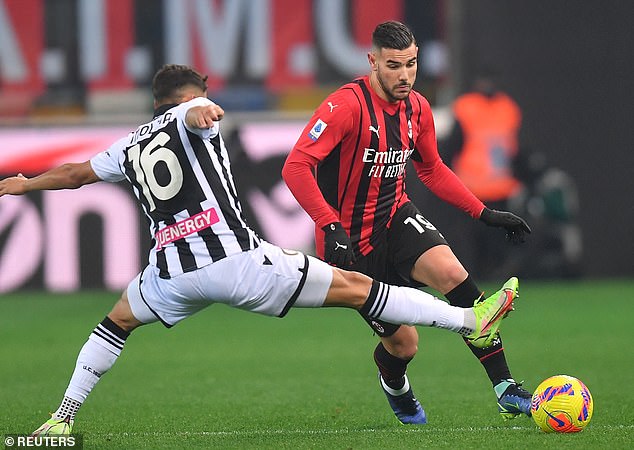 Tuchel confirmed recently that Chilwell has made progress in his return to first-team football, but refused to put a time frame on the full back’s return.

Speaking to the club website, Tuchel said: ‘He is in a good place mentally and physically. He did some running, and everything looks good. So, hopes are still up but we cannot confirm that.

‘We’re still in there, and then we decide if we go for internal solutions and if we can overcome this period, everything depends on Ben Chilwell.

‘How long he is out and then on the alternative, if there is a chance to do something. We did not start this process because also to protect ourselves and to lose focus on the most important things.

‘The most important things right now are Ben and Marcos [Alonso] and from there we go.’ 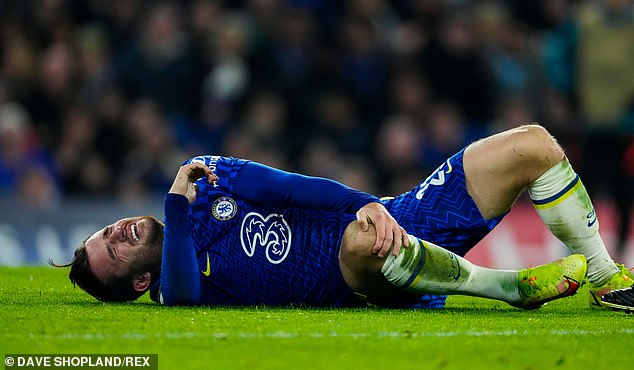