Frank Leboeuf believes the way Chelsea defended against Norwich was scary, despite Frank Lampard’s men picking up another vital victory at Stamford Bridge. The former Blues ace was critical of the display and likened the team’s vulnerability to that shown by Manchester United against Southampton on Monday.

Chelsea strengthened their hold on third place in the Premier League with a nervy 1-0 win over already-relegated Norwich on Tuesday.

Olivier Giroud scored the only goal of the game, heading home Christian Pulisic’s cross to temporarily send the Blues four points clear of Leicester and United.

But Leboeuf was far from impressed with central defenders Antonio Rudiger and Kurt Zouma, bemoaning the pair’s contribution at both ends of the pitch and suggesting Chelsea were lucky not to concede a late equaliser.

Speaking to ESPN about Chelsea after the win, Leboeuf said: “Even though they didn’t have to do much, I am very scared about what I saw in central defence.

JUST IN: Sports quiz questions and answers: 15 questions for your virtual pub quiz 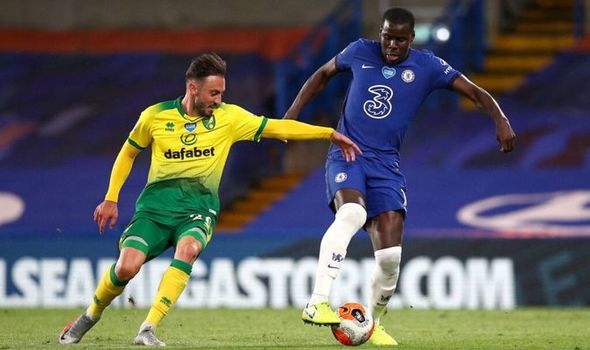 “I’ve mentioned this a couple of times – we’ve talked about [Harry] Maguire at Manchester United but we can talk about many other teams like Manchester City and today was the turn of Chelsea.

“The game before against Sheffield United, [Andreas] Christensen and Zouma were struggling and Rudiger was guilty, for me, on the third goal.

“But even offensively, to bring something special and give a good pass, to break the lines vertically, we didn’t see much.

“We saw Rudiger give a good pass to Pulisic once but that’s all. That was it and it’s not enough.

“When you’re struggling, when you see Norwich are sitting back in defence, you have to bring something special when you are the two central defenders and they’re not capable of doing that.

“Also defensively, I don’t feel they are very sure in what they are doing and the decisions they are taking.”

Lampard has rotated his central defenders this term, with Rudiger, Christensen, Zouma and Tomori all enjoying runs in the starting XI.

However, the Chelsea manager is still yet to decide on his first-choice pairing and the Blues have developed a reputation for being vulnerable under pressure – particularly from corners. 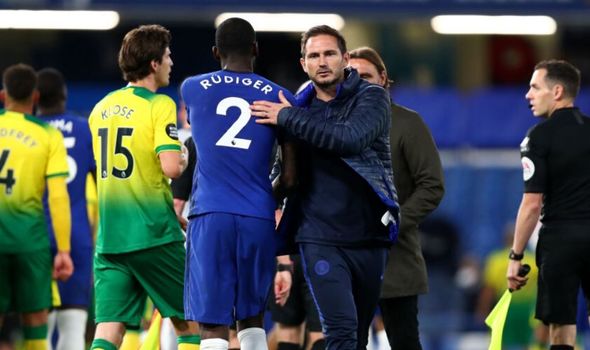 The west London club managed to hold on for all three points against Norwich, although Leboeuf feels the Canaries could have easily replicated Southampton’s late comeback in the 2-2 draw with United earlier in the week.

“I’m not happy. We don’t expect anything from Norwich – they are already relegated – but we expected much more from Chelsea,” he said.

“We saw the late goal against Manchester United and I was thinking the same today. Norwich could score a late goal and that would be two points lost.

“Fortunately they got it so let’s say business accomplished, but what a bad performance from the Blues.”