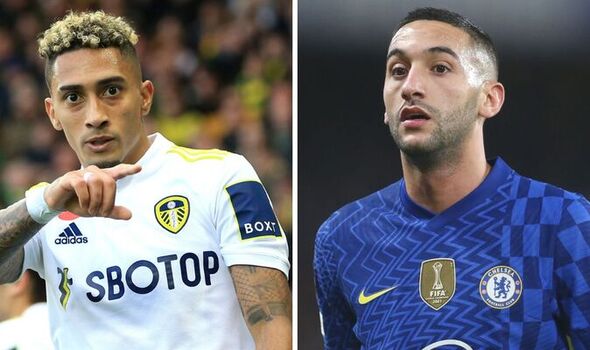 Chelsea could offer Hakim Ziyech to Leeds in a surprise swap deal proposal for Raphinha, according to reports. The Blues are one of several names in contention to sign the Brazilian international, who was the subject of an opening offer from Arsenal earlier this week.

It’s believed the Gunners are in the driving seat to sign the 25-year-old and a second offer could arrive in the coming days.

But other clubs cannot be ruled out at this stage including Tottenham and Chelsea, as cash-strapped Barcelona face the prospect of being left behind.

According to CBS Sports’ Ben Jacobs, Chelsea could even potentially offer Ziyech in exchange for Raphinha given there is allegedly interest from the Whites in the Moroccan.

He told The Football Terrace: “Don’t be surprised if Chelsea advance their interest if they bring Hakim Ziyech into the equation because my understanding from talking to Leeds sources separate to Raphinha is that Ziyech, should he leave Chelsea, has been a player on their radar. 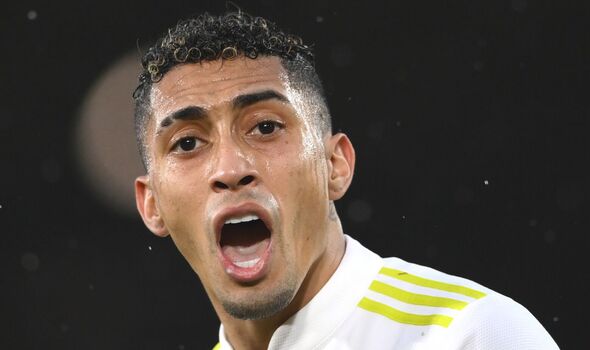 “So there might be a possibility to do some business with Raphinha coming one way and Ziyech being given to Leeds. Because Leeds don’t just want a chunk of money for Raphinha to the tune of £55/£60million potentially, they would love to have a ready-made replacement.

“And they see Ziyech as a viable option and that would remain the case even if Raphinha goes elsewhere.”

Leeds are already seemingly targeting a replacement for Raphinha, who looks destined to leave the club before the start of the 2022/23 campaign.

Porto’s Otavio has been the subject of an opening offer from the Whites but the bid was turned down by the Portuguese giants.

Cody Gakpo of PSV Eindhoven is another name of interest. The Dutch winger is valued in the region of £30m.

Chelsea, meanwhile, were seemingly in the driving seat for Raphinha before they were hit with sanctions due to their ties to Roman Abramovich.

Ziyech is one of the players they are actively looking to move on this summer after two seasons in west London.

Despite a number of notable contributions, the playmaker has struggled with consistency since arriving in the Premier League.

Hypothetically, offloading him in part exchange for Raphinha would make total sense given that he could help the Whites replace their star man.

The 29-year-old managed just four goals and three assists in the Premier League last season, sparking doubts as to whether he will ever force his way into Thomas Tuchel’s starting XI.

Leeds have already recently done business with Chelsea after signing Lewis Bate from the Blues for £1.5m.

It’s believed Leeds would prefer a straight cash deal for Raphinha to bolster their own summer transfer budget.