Chelsea boss Thomas Tuchel was heard berating Timo Werner on the touchline during the Blues’ 2-0 win over Everton on Monday evening. Tuchel was furious that Werner had ignored a basic instruction over his positional play.

Chelsea continued their good form on Monday night by beating Everton 2-0 to remain in the top four.

The Blues kept another clean sheet in the win, which left them just four points behind second-placed Manchester United.

But despite his side’s good performance, Tuchel wasn’t pleased with Werner during one point in the game.

The boss was heard shouting at Werner over his positioning during the opening 25 minutes. 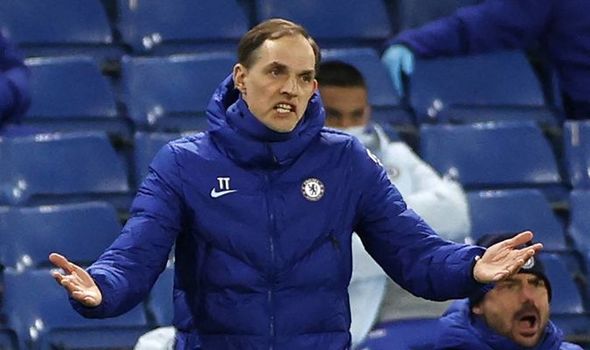 Werner was lined up as a right inside-forward, with Kai Havertz playing as a false nine.

But Tuchel was unhappy that he kept drifting over to the left – occupying the position Callum Hudson-Odoi was playing.

Tuchel was heard shouting: “Timo, how long are you staying on the left? You’re playing on the right! The last fifteen minutes you’ve only been on the left! Don’t you understand?”

Werner had a solid game at Stamford Bridge, but still drew a blank in front of goal.

He had a good chance to score during the second half after getting in behind Everton centre-back Ben Godfrey, but his tame shot went straight at Jordan Pickford.

Regardless, he still impressed with his performance, having clearly enjoyed playing behind Havertz.

There’s been much discussion about Havertz’s best position and whether or not Werner should be played as a striker or out wide.

But speaking afterwards, Tuchel conceded that he still isn’t completely sure of his best starting XI. 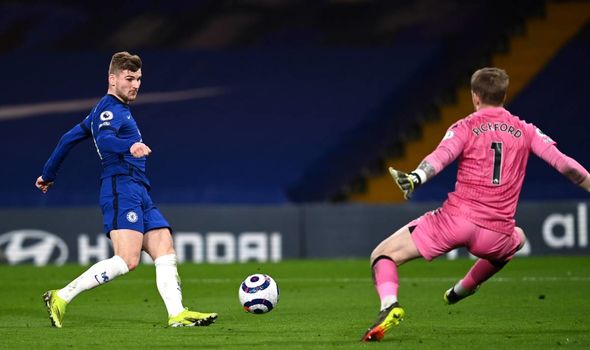 Asked if he was unsure on his team or whether he wanted to keep opposition managers guessing, he said: “Both. If you play in competitions like Premier League and Champions League and Cup there is no way you have eleven players in your head.

“Sometimes it is like this, but after two intense games and away games with a lot of travelling and we missed a lot of sleep between Atletico, Man Utd and Liverpool, it was the moment to change.

“My belief there was no doubt because the guys who were on the pitch deserved it. We changed also a little bit because of the characteristic of the offensive players because we expected a bit of a man marking in offensive midfield so we went for speed and for deep runs today.”