Dries Mertens is reportedly Chelsea’s top priority ahead of the summer transfer window with the Napoli star yet to agree a new deal at the Stadio Sao Paolo. The Belgium international is out of contract at the end of the season and Frank Lampard is keen to snap up the veteran and bolster his attacking options.

Chelsea were linked with Mertens in January when Olivier Giroud looked certain to leave Stamford Bridge but the Frenchman stayed put and a move failed to materialise.

However, reports from Holland suggest the Blues are back in for Mertens and Lampard has singled out the 33-year-old as his prime target this summer.

Het Laatste Nieuws claim Mertens is a ‘top priority’ and Mertens himself is ‘ready for a new adventure’ after a seven-year spell with Napoli.

The forward is tied all-time top scorer for the Naples outfit alongside Marek Hamsik, but may not have a chance to claim the outright record due to the coronavirus crisis.

JUST IN: Premier League rule change could have big impact on Hakim Ziyech’s future at Chelsea 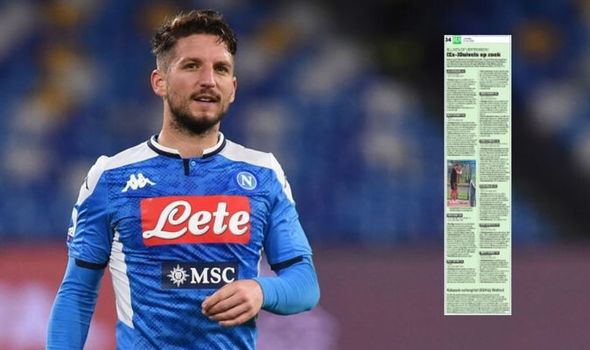 Last week, Calcio Mercato reported that the forward is demanding a two-year deal worth €4million per season while he is also hunting for a renewal bonus.

Additionally, Mertens also wants Napoli to rescind the fines imposed on their players following an internal mutiny against the club hierarchy last November.

However, club chairman Aurelio De Laurentis does not wish to cancel the financial penalties while he is also reluctant to pay more than €3m per season in wages.

Corriere dello Sport claim the contract stalemate has triggered renewed interest in Mertens with both Inter Milan and Chelsea linked to the frontman.

They report that a move to Inter poses a problem for Mertens, who does not relish the idea of remaining in Serie A with any club other than Napoli.

Chelsea are therefore in the driving seat if a renewal at the Stadio San Paolo cannot be agreed, and it is acknowledged that a move to the Premier League would be tempting.

The Blues are expected to be busy in the summer transfer window as Lampard attempts to overhaul his squad, with reinforcements required in several key areas.

Uncertainty continues to surround Kepa Arrizabalaga’s future so a new goalkeeper could arrive while a central defender is desired. 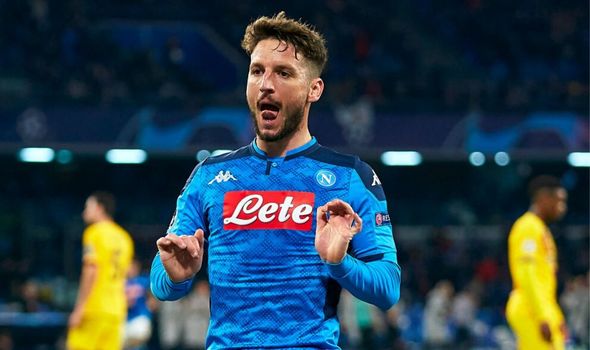 The Blues are also hunting a left-back as a replacement for either Emerson Palmieri or Marcos Alonso and further forward they are looking to sign an attacking midfielder to compensate for the loss of Willian and Pedro as the duo run down their contracts.

The signing of Mertens would ease the goalscoring burden on Tammy Abraham, while Michy Batshuayi is expected to depart the club this summer.

Meanwhile, Chelsea have reopened their training ground in anticipation of a return to Premier League action next month.

The Blues have welcomed players back to Cobham under strict safety measures as they look to bolster fitness levels following the coronavirus crisis.