Chelsea would be a good fit for Declan Rice but the West Ham star may have to decide between the Blues and the two Manchester clubs, claims former Hammers winger Matt Jarvis. Chelsea are reportedly interested in signing Rice in the summer transfer window. The 21-year-old has become a key part of the West Ham midfield in the last two seasons and broke into the England squad last year, choosing to represent them over the Republic of Ireland.

Jarvis, who recently returned to football with non-league Woking, believes Frank Lampard’s youth policy at Chelsea would mean Stamford Bridge could be a good destination for him.

However, Jarvis says the 21-year-old would cost Chelsea at least £50million.

“He’s really got on to the scene and doing extremely well. 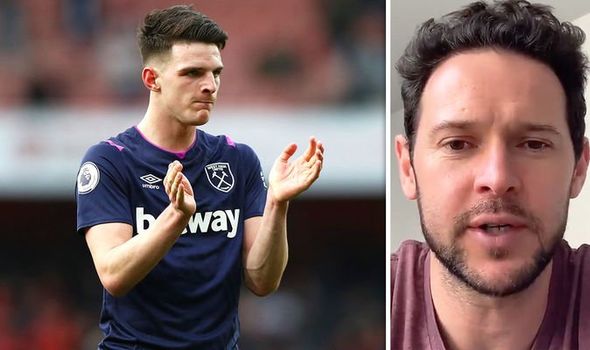 “He’s obviously going to want to continue to improve and it’s just whether he feels if it’s the right time for him if he wants to move on or not.

“I think Chelsea are a club who are going in the right direction under Lampard.

“The youngsters are getting their opportunities, so it would be a good fit for him to go in with a few other youngsters.

“He’s a really important figure at West Ham. He’s come through the youth team, he’s got great potential and he’s showing it now.

“It’s really hard to put an exact figure on it. Obviously West Ham won’t want to let him go as he’s an integral part of their team, so they’ll be expecting, if bids are coming in, that they’ll have to be a lot higher than the usual one.

“He’s young and he’s playing for England already; you’ve got to be looking at probably above £50m in this [market].”

Jarvis says it is vital Rice only moves if he is guaranteed regular first-team football.

And he reckons both Manchester United and Manchester City would be interested in Rice, leaving the midfielder with a decision to make over who he joins. 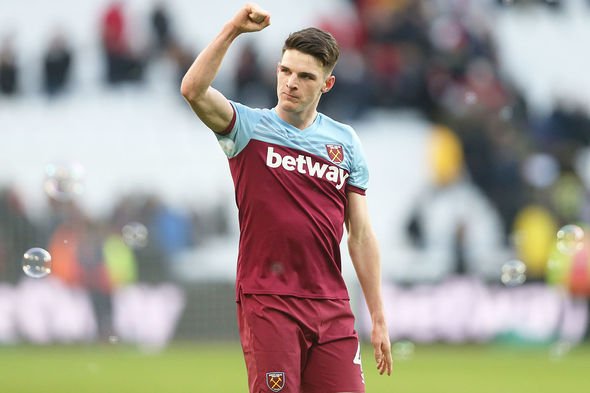 “It’s going to be a difficult decision for Rice to make because both the Manchester clubs may be interested in him,” Jarvis added.

“At the minute he’s playing week in, week out, and Gareth Southgate will want to be able to see him playing every week.

“He doesn’t want to be going to a different club and be sat on the bench and not playing, because that won’t enhance his place in the England set-up.”