Chelsea are motivated to get REVENGE after booking their place in the FA Cup final, warns Ruben Loftus-Cheek… with the Blues midfielder desperate ‘to get Liverpool back’ after losing Carabao Cup final to the Reds

One of Chelsea’s FA Cup semi-final goal-scorers has said the club is out for revenge after booking their place in next month’s final.

Ruben Loftus-Cheek gave Chelsea the lead after 65 minutes before Mason Mount sealed the affair late on.

Speaking to ITV after the game, Loftus-Cheek said Chelsea were now out to avenge their agonising penalty shootout defeat to Liverpool in February’s Carabao Cup final. 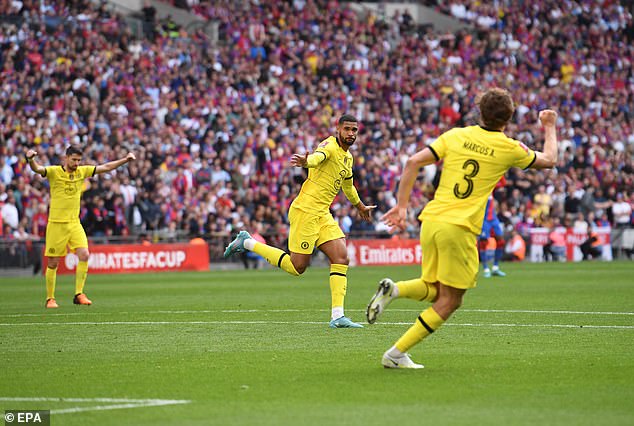 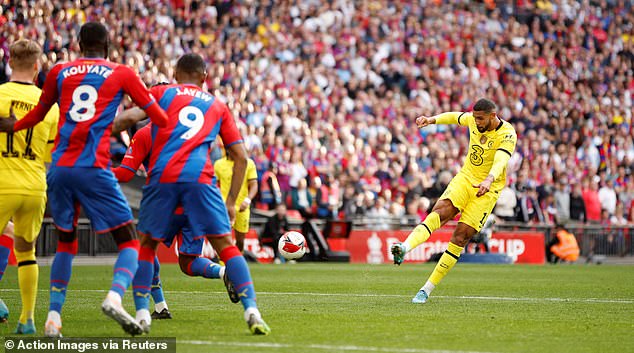 Chelsea and Liverpool had played out a drama-filled 0-0 draw before Liverpool prevailed 11-10 on penalties after Kepa Arrizabalaga blazed his penalty high into the Liverpool end giving Jurgen Klopp’s side the win.

He said: ‘We want to get Liverpool back. It was a fantastic game (in the Carabao Cup final), it could have gone either way. We look forward to getting our revenge.’

Meanwhile, Loftus-Cheek also spoke of his own resilience and mentality after scoring his first goal in three years for his boyhood club.

‘[A goal was] way overdue,’ he said. ‘It’s been a tough road, injuries and going on loan. I always believed in myself and I always wanted to play for Chelsea. 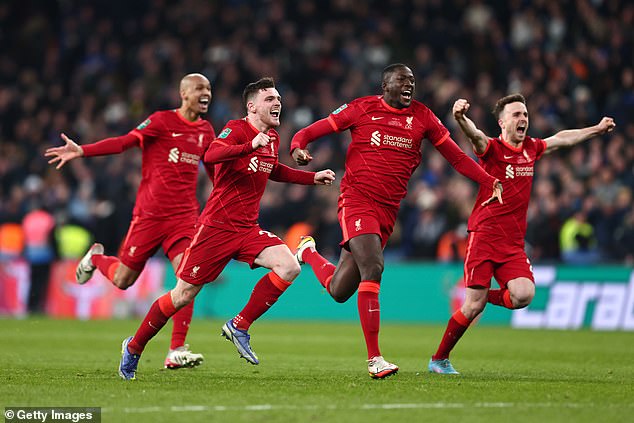 ‘I thought just get a good contact on it and I think it took a little deflection. [It’s my] first goal at Wembley.’

Having been introduced following Mateo Kovacic’s first-half injury, Loftus-Cheek said that ‘everyone’ wants to start and that he just had to be ‘ready to step in’.

‘Everyone wants to play, the lads done well in the last couple of game. The strength in depth in the squad is fantastic and I have to be ready to step in. It looked a bit slow and I wanted to bring some energy,’ he said.

‘The reason why I’m still here is because of my mentality. I believe my time will come.’

Thomas Tuchel’s side will face Klopp’s in the domestic cup re-match on Saturday May 14.