Chelsea and West Ham ‘agree £26m fee for Kurt Zouma… but centre back ‘wants to be the Hammers’ best-paid player on £125,000 per week’ – and risks scuppering the move

West Ham have reportedly struck an agreement with Chelsea for Kurt Zouma after meeting their £26million asking price, but the defender’s personal terms have stalled the deal.

The centre back has long been the subject of interest from the Hammers and although they have made some progress in their pursuit, the Frenchman may need to lower his demands to seal a move.

Zouma wants a salary of about £125,000 per week, a significant increase on what he currently earns at Stamford Bridge, according to The Athletic. 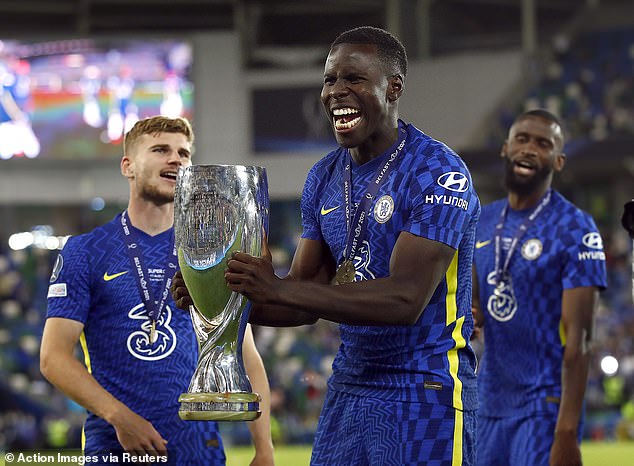 The deal would make the French defender West Ham’s highest paid player and his demands are proving to be a sticking point in the negotiations.

The Hammers are understood to be working on a limited transfer budget this summer, meaning Zouma – whose contract expires in 2023 – will need to reduce his wage demands if the east London club are to land him.

The 26-year-old would prefer to stay in the capital and West Ham remain favourites to sign him despite interest from Tottenham. 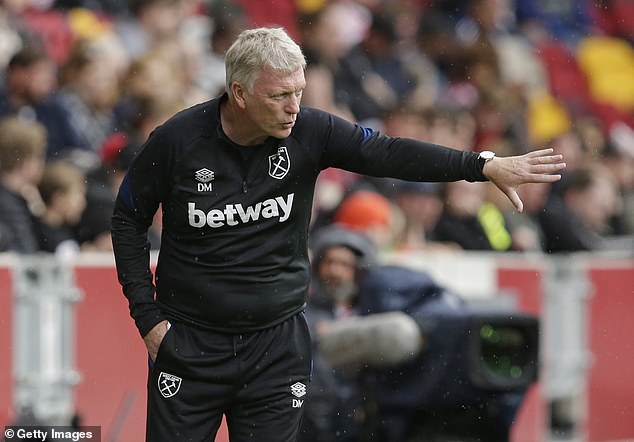 David Moyes is on the hunt for another defender, with Zouma named as a target this summer

Nuno Espirito Santo’s side have already signed Cristian Romero from Atalanta on a one-year loan deal with an option to buy for £42.5m.

However, the Portuguese manager is eyeing further defensive reinforcements with Sky Sports reporting that Zouma is one of a number of defenders that Tottenham are looking at.

David Moyes is on the hunt for another defender before the window closes and Zouma is one of the targets on West Ham’s radar after he fell down the pecking order at Chelsea under Thomas Tuchel.

Fiorentina defender Nikola Milenkovic was a target for Moyes before talks between the English and Italian clubs broke down.

Burnley’s James Tarkowski was also on the Hammers’ shortlist but it is believed that the defender is looking to see out his contract at Turf Moor and leave as a free agent next summer.

Chelsea are open to letting Zouma leave in pursuit of their own new centre back. 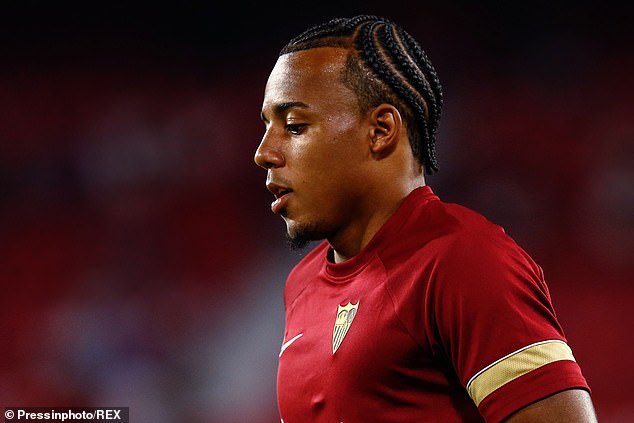 Zouma’s potential departure could open the door for Jules Kounde to arrive at Stamford Bridge from Sevilla.

Chelsea’s move for the French defender hinges on his compatriot’s future at the club, particularly after the emergence of academy graduate Trevoh Chalobah.

Tuchel has already begun to streamline his squad to make way for the £68m defender. 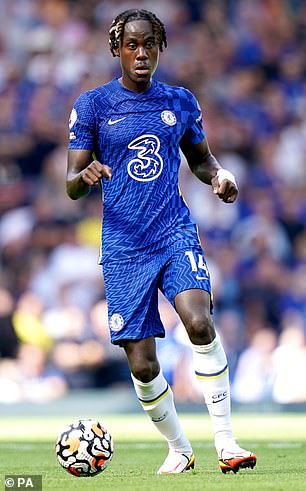 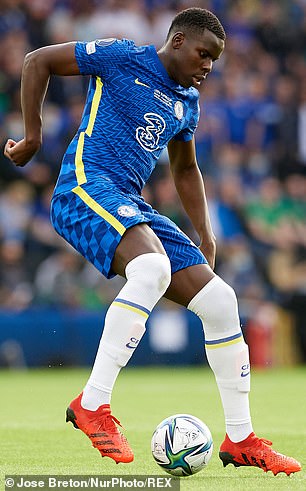 Full back Davide Zappacosta is joining Atalanta on an initial loan with a view to permanent £8m deal, while striker Ike Ugbo is heading to Genk for £5m.

Zouma helped Tuchel’s side to Champions League glory last season after making 36 appearances in all competitions.

Since joining in 2014, Zouma has enjoyed successful loan spells at Stoke in 2017-18 and Everton in 2018-19, but it now appears the defender will be making a permanent move away from the Premier League leaders.