Chelsea and Tottenham are both considering making a move to sign Ajax goalkeeper Andre Onana in the summer but both Premier League clubs face competition from Paris Saint-Germain and Barcelona for the 24-year-old when the transfer window opens.

Several top clubs across Europe are in the market to sign a goalkeeper and Onana could be the latest star to leave the Johan Cruyff Arena.

According to the Mirror, the Cameroon international could leave the Dutch club this summer for around £25million.

Chelsea boss Frank Lampard is considering selling Kepa Arrizabalaga in the summer transfer window and Onana is one of the club’s transfer targets.

Lampard dropped Kepa earlier in the season after he criticised the 25-year-old for errors that he believes cost the Blues valuable points. 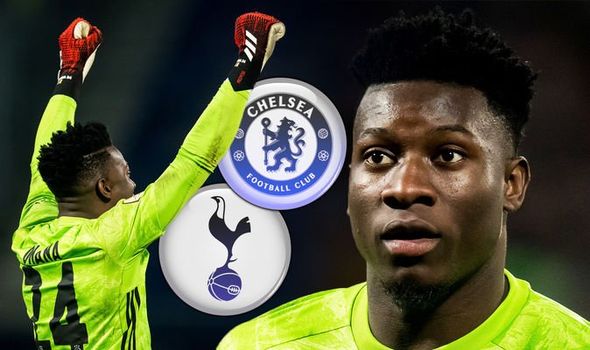 Meanwhile, Tottenham boss Jose Mourinho is also considering signing a keeper that could mark the end of Hugo Lloris’ time at the club.

Lloris hasn’t had a great season for Spurs, even though he was ruled out for a large part of the campaign as a result of a dislocated elbow.

During these limited games, the Frenchman has also made mistakes which has since seen Mourinho explore the possibility of signing another goalkeeper.

As for Onana, both Chelsea and Tottenham know they are likely to face stiff competition from PSG and Barcelona for his signature.

PSG are in the market for a long-term replacement for 33-year-old Keylor Navas, while Barcelona are making slow progress in talks with Marc-Andre ter Stegen about a new deal.

Onana spent several years at Barcelona’s academy before joining Ajax in 2015 and recently addressed speculation about a possible return to the Catalan giants. 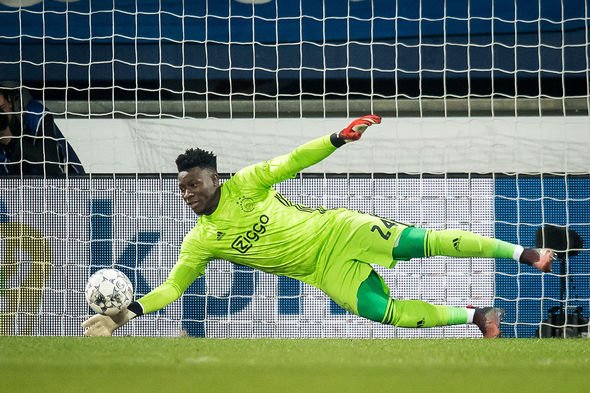 “It’s hard to say because with FC Barcelona, ​​I am still in very good relations with the president, the coaches,” Onana told Canal+ Sport Afrique.

“As I said earlier, Barca is my home. If I have to go back, I will go back.

“But today we are still far from it. I’m the Ajax goalkeeper and we’ll see what happens at the end of the season.

“I only take care of the ball game, what happens at the stadium. The rest are my agents who manage.”