Chelsea have accepted that their planning permission for a new stadium will pass on Tuesday and that they need to consider their options.

The club are going through financially uncertain times, due to the coronavirus outbreak, with the return of the Premier League still unknown.  The Blues wanted to expand Stamford Bridge to a 60,000 seater stadium in a move that could have cost up to £1billion but that project will now be off for the foreseeable future.

In 2017, Chelsea were granted permission to begin knocking down buildings around their stadium over a period of three years, however, not one building has been demolished and the expiry date is March 31. 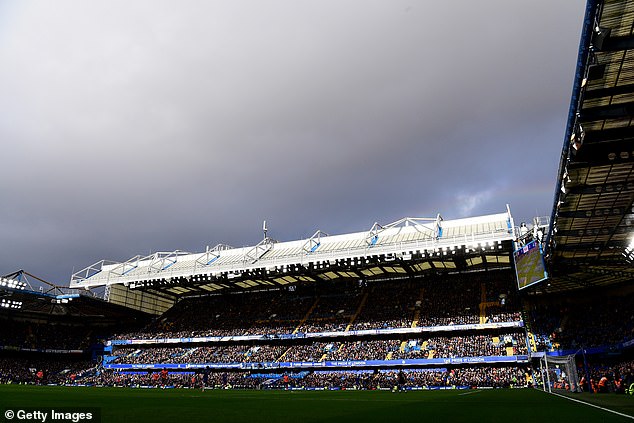 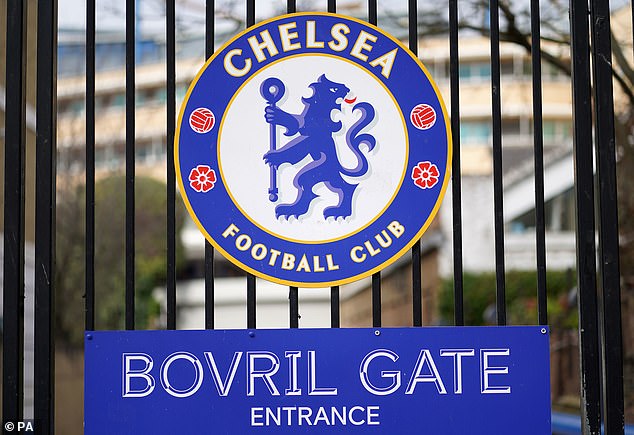 The clubs planning permission, granted by the council in 2017, runs out on March 31 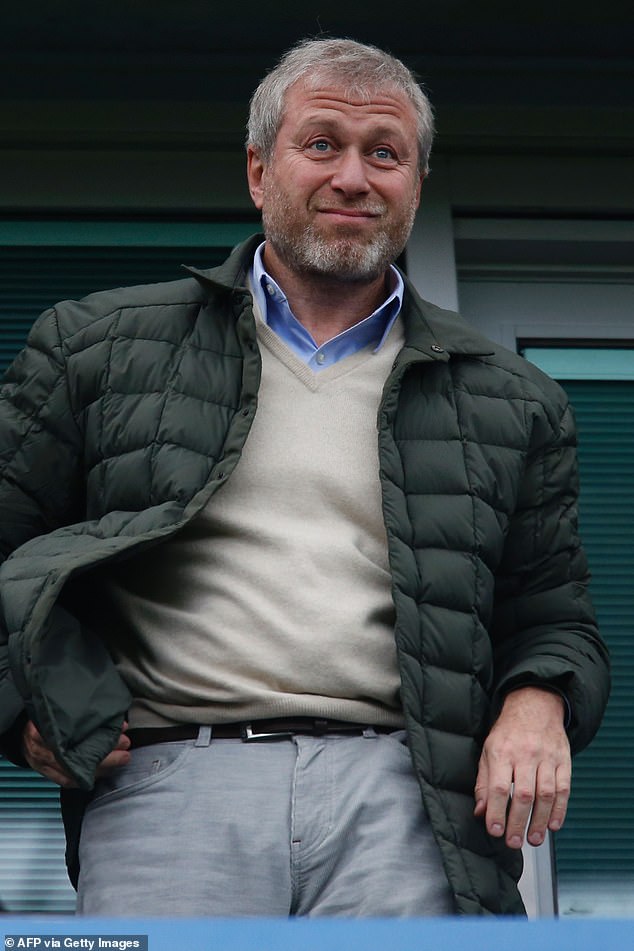 Owner Roman Abramovich wanted to extend to a 60,000 seater that would cost £1billion

Chelsea owner Roman Abramovich stopped any working on the project in 2018 due to strained diplomatic relations. The Blues owner saw his investor visa application revoked by the British government due to his close relationship with Russian Prime Minister Vladimir Putin.

In a statement posted to their website, the club wrote: ‘Chelsea Football Club acknowledges that the planning permission we obtained for a new stadium expires on 31st March 2020.’ 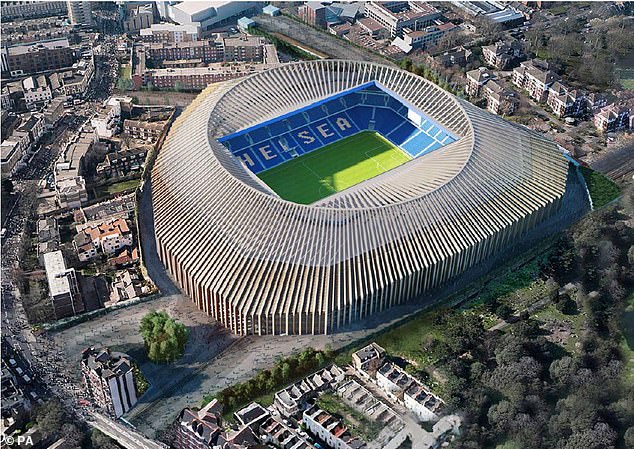 The club will now consider their ‘options should economic conditions improve’

‘We are grateful to all our fans and stakeholders, especially Hammersmith & Fulham Council, for their patience and understanding in the matter. We will continue to consider our options for a new stadium, should economic conditions improve.’

Abramovich’s plans to extend the stadium are not completely over, but no new date has been revealed as of yet.

Related posts:
MLB News:
Browns kicker and Scot Jamie Gillan admits Jonny Wilkinson is his hero
SEE IT: Hammerin’ Hank’s career highlights live forever on video for those of us who never got to witness his greatness
Friday's NFL injury and roster news ahead of Divisional Round
Patrick Mahomes injury update: Will the Chiefs QB play vs. Bills in AFC championship?
Basketball News:
James Harden says Nets new Big 3 willing to sacrifice for wins: ‘We’re all unselfish’
Harden: No disrespect to Rockets on way out
Now Karl-Anthony Towns has COVID-19, listen to him
Recent Posts
This website uses cookies to improve your user experience and to provide you with advertisements that are relevant to your interests. By continuing to browse the site you are agreeing to our use of cookies.Ok