Report as Aston Villa earn useful point at Chelsea, who end 2020 with one win in five; Olivier Giroud nets first-half opener, before Anwar El Ghazi’s controversial leveller; Villa up to fifth, Chelsea up to sixth in Premier League 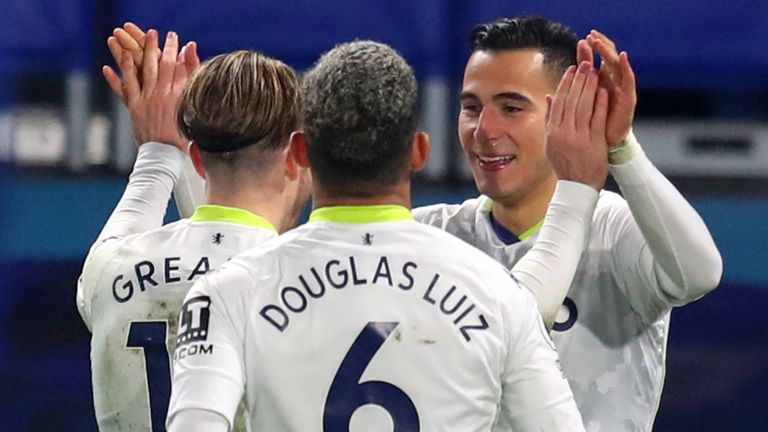 Olivier Giroud, so often the scourge of the visitors, put Chelsea ahead with a fine near-post header from Ben Chilwell’s cross (34), meaning the striker has now scored in 10 goals in 10 games against Villa, and has eight in eight for Chelsea.

But El Ghazi’s far-post finish through the legs of Edouard Mendy from Matt Cash’s cross (50) angered Chelsea, with the hosts wanting a foul on Andreas Christensen from Jack Grealish in the build-up.

Both sides did their best to win it; John McGinn struck the bar with a brilliant long-range effort, sub Jacob Ramsey curled inches wide, while for Chelsea Christian Pulisic was denied by Emi Martinez’s save and Chilwell lashed a beautiful volley just wide in stoppage time.

The result means Villa move up to fifth, six points off leaders Liverpool with a game in hand, while Chelsea go sixth on the same points, but having played two games more than Villa.

Villa now go to Manchester United on New Year’s Day at 8pm, live on Sky Sports Premier League, before hosting Liverpool in the FA Cup third round on January 8 and 7.45pm.