Championship round-up: Huddersfield remain bottom despite comeback win at Preston, while 10-man Blackpool hold on for a point at Hull and Rotherham are held by Stoke

Kaine Kesler-Hayden scored a late winner for the Championship’s bottom side after Jordan Rhodes’ 96th goal for the Terriers cancelled out Greg Cunningham’s opener.

‘It’s been a tough season, we know the club is in transition,’ said Fotheringham. ‘We’ve got a real siege mentality and become really close as a group due to that.’ 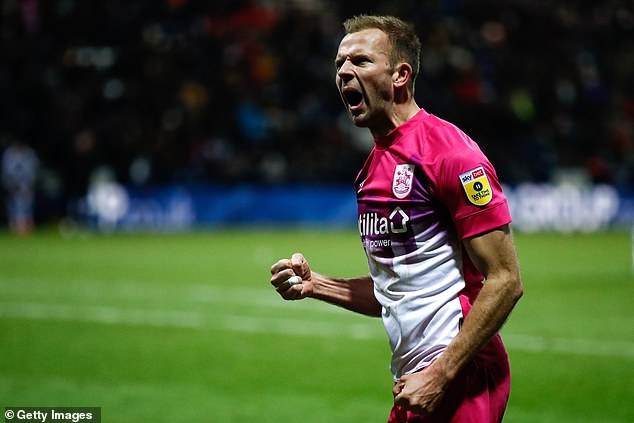 Meanwhile, Michael Appleton accepts discipline issues are ‘hurting’ his Blackpool side after the 1-1 draw at Hull.

Appleton’s team were reduced to 10 men for a sixth time this season after substitute Jordan Thorniley was sent off for a foul on Oscar Estupinan, who then cancelled out Sonny Carey’s fine first-half opener to leave Blackpool in the relegation zone.

Appleton said: ‘It’s difficult to have a bit of a pop at players in situations like that but there’s been one or two (red cards) that have been hard to stomach.’

Stoke manager Alex Neil is calling on his side to be more ruthless in front of goal after the Potters were held to a 2-2 draw at Rotherham. 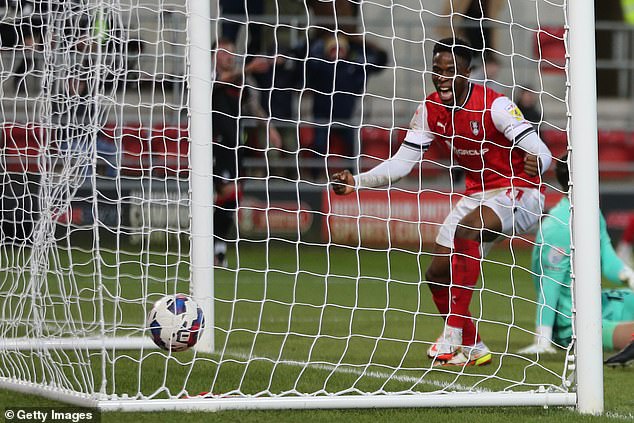 Neil said: ‘I thought we deserved to win and we were the better side. They had one shot on goal and scored two goals. We could have been two or three-nil up in the first half.’

The Millers took the lead just before half-time thanks to an own goal from Jordan Thompson.

Stoke equalised again with 10 minutes left after Lewis Baker’s corner was sent into the net by Rotherham’s Lee Peltier.