Championship clubs face the threat of bankruptcy if the Government follow through with demands for an immediate repayment of deferred tax receipts.

A number of the clubs are grappling with bills for between £4million and £5m which they cannot afford to pay.

A survey of clubs by Sportsmail has revealed that the average monthly PAYE bill in the Championship was around £1m last season, leaving many unable to repay what they owe to HMRC after being granted a four-month payment holiday at the start of lockdown. 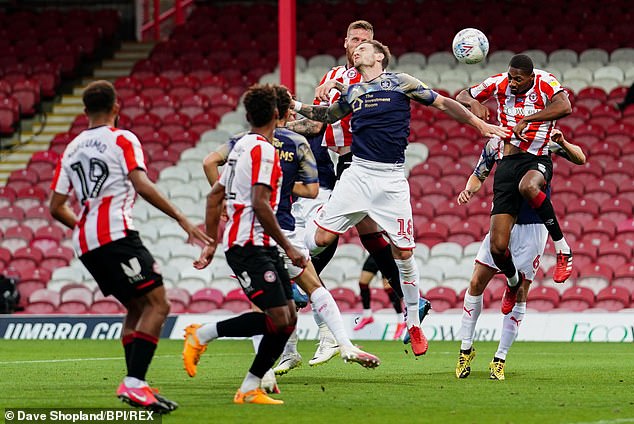 As Sportsmail revealed earlier this week, HMRC are demanding that the tax bills be settled immediately in one lump sum, despite the fact that clubs have been operating in the absence of match-day revenue since the start of lockdown in March.

The 72 EFL clubs are effectively living off borrowed money — the £77m solidarity money advanced by the Premier League and £30m of Sky Sports TV rights that has been paid early by the EFL.

Clubs suffered another major blow when pilot events for the return of fans were cancelled by the Government.

A further loss of £200m is expected if crowds do not return this season, as appears increasingly likely. 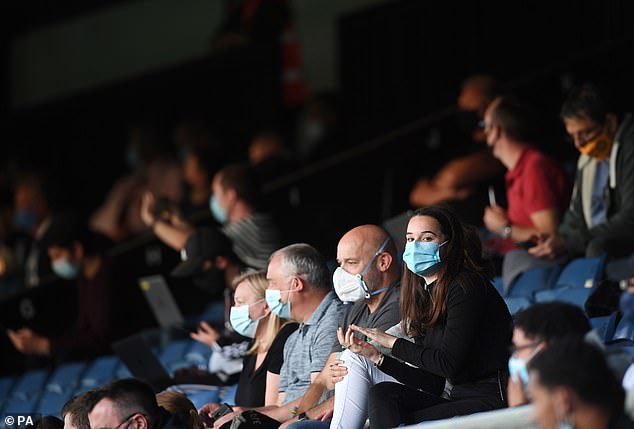 Cambridge United welcomed nearly 1,000 fans for an Under 21 match with Fulham this week

Cambridge United welcomed nearly 1,000 fans for an Under 21 match against Fulham on Tuesday evening, but plans for a bigger crowd to attend their League Two game against Carlisle on Saturday have been scrapped. The October 3 target for fans to return to grounds on a permanent basis now appears unrealistic.

Championship clubs have been hit far harder by the Government’s tax demands than those in League One and League Two because their staff outgoings — and therefore tax bills — are higher.

The EFL have attempted to help by extending the deadline for clubs to pay their tax without incurring sanctions until October 15.

By then, it is hoped they will have received financial assistance from the Premier League. The EFL are seeking a £250m aid package payable over the next four years.