Cesar Azpilicueta has dismissed claims he clashed with Antonio Rudiger ‘multiple times’ in training with the Chelsea captain revealing there is no issues between them.

Following Frank Lampard’s sacking on Monday, the Daily Telegraph reported that Rudiger ’caused issues’ in training with ‘in-fighting’ and it was on Azpilicueta to sort out.

But speaking for the first time since the accusations against Rudiger surfaced, the Chelsea captain has moved to clarify the pair’s working relationship. 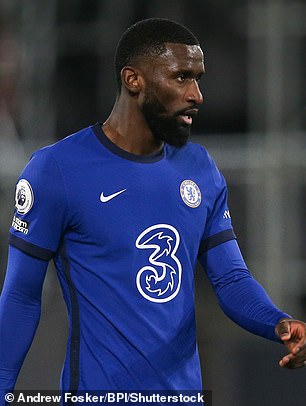 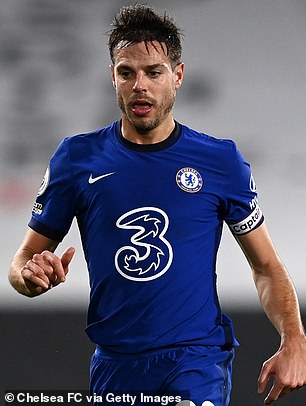 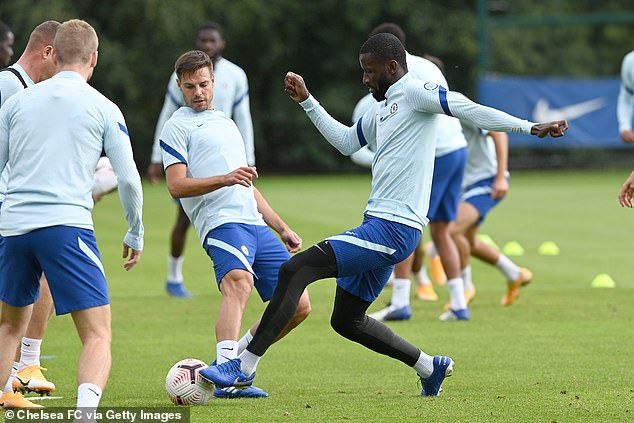 ‘With Toni, we didn’t have an issue and we have been working together for a few years,’ Azpilicueta said.

‘That news from outside, we’re not sure so that’s why Tammy and myself we both tweeted.

‘Everything is fine and I can say that didn’t happen. We didn’t have any issues and we don’t have. We always work together. As other players, we have sometimes our discussions, normal in football.

‘When results are not going well, everybody has more tension around but nothing further than this. 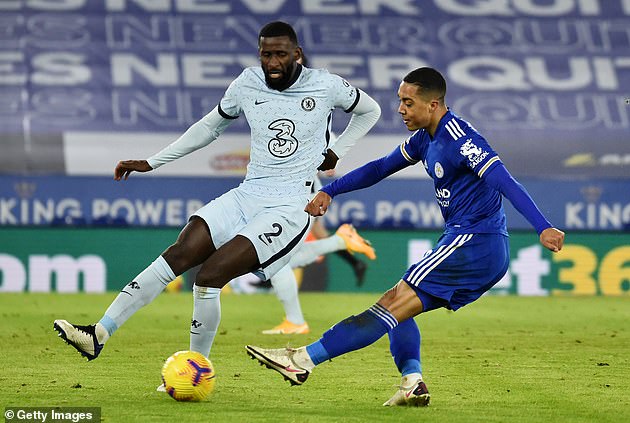 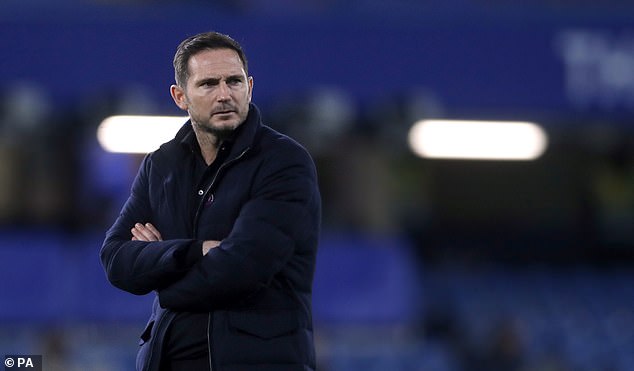 ‘Normal footballers like normal workers in their offices or with other jobs with pressure who have to deliver and nothing further than this. There is not an issue, we are so committed.’

Azpilicueta tweeted three heart emojis earlier in the week alongside a photo of him and Rudiger in a bid to dismiss the legitimacy of the reports.

Team-mate Tammy Abraham went further by insisting the ‘mad’ stories about Rudiger were not accurate.

‘Hearing some mad stuff about Antonio Rudier on social media today. Complete nonsense. Toni is a big bro to all of us,’ the striker posted on Twitter. 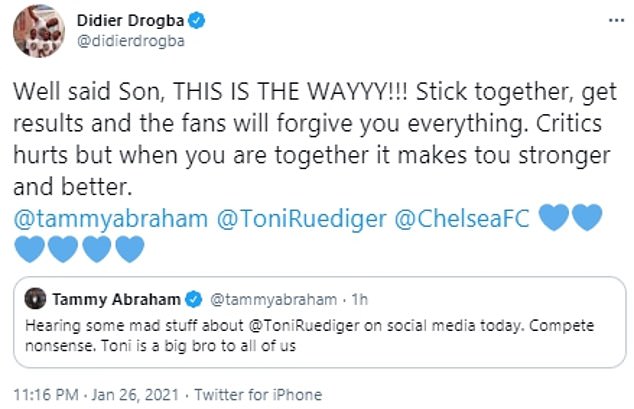 ‘Well said Son, THIS IS THE WAYYY!!! Stick together, get results and the fans will forgive you everything. Critics hurts but when you are together it makes tou (sic) stronger and better,’ the Chelsea legend later added.

Both Rudiger and Azpilicueta started together in a back three for Thomas Tuchel’s first game in charge since succeeding Lampard.

It ended in a clean sheet in what proved a dour 0-0 draw with Wolves and Tuchel will hope to get his first win on the board at home to Burnley on Sunday.