Carlo Ancelotti has hinted that Gareth Bale could be reintegrated into the Real Madrid squad next season. Bale was frozen out by Zinedine Zidane at Real, but the arrival of Ancelotti as his successor offers hope that he could reestablish himself in Spain.

Ancelotti was appointed as Los Blancos manager on a three-year contract on Tuesday, just days after Zidane made the decision to step down from his position.

Zidane decided to walk after Real finished second in La Liga behind rivals Atletico Madrid and lost to Chelsea in the Champions League semi-final.

Real were linked with former Juventus boss Max Allegri and club legend Raul, who is in charge of the B team, but ended up hiring Ancelotti for the second time.

The 61-year-old Italian managed the club between 2013 and 2015, winning the Champions League and Copa del Rey after succeeding Jose Mourinho.

His spell in charge coincided with Bale’s £85million move from Tottenham in September 2013, which was then a world record transfer fee.

JUST IN: Barcelona chiefs have Donnarumma and Haaland transfer theory 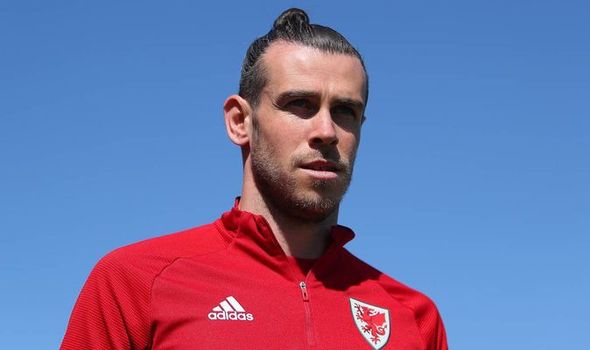 Bale fell out of favour with Zidane after Ancelotti’s departure and spent the 2020/21 season on loan with Tottenham.

Having contributed 16 goals and three assists in 34 appearances for Spurs, Bale is set to rejoin the Real, where he still has another year to run on his contract.

Bale is thought to be keen on sealing another move to Spurs – whether on loan or permanently – but Ancelotti has suggested that he wants to keep him in the Spanish capital.

“I know the squad very well, the youngsters from the second team, the players who come back from loan,” he said at his first press conference on Wednesday.

“There are many options. I want to make an assessment of everyone very calmly.

“I have a lot of affection for Isco, Gareth, Marcelo… They are Real Madrid players.They have to train well and show me that they want to play for Real Madrid.”

Chelsea owner Roman Abramovich may have to make transfer sacrifice

Bale has rubbished rumours that he is considering retirement aged 31 ahead of Wales’ European Championship campaign and said that he will consider his future after the tournament.

Ancelotti name-checked Karim Benzema, Rodrygo and Vinicius Junior, as well as calling Eden Hazard a “top player”, but it was his comments about Bale which will likely make headlines in the Spanish press.

“Bale has not played much, but he has scored a lot of goals,” he said. “He has been very effective in the last games.

“I have no doubts that Bale is able to have a great season.”