Cardiff 0-2 Swansea: Jamal Lowe’s double seals the points for the Swans in South Wales derby as Joe Ralls is sent off in miserable day for their rivals

Unpredictability and vengeance are both aspects often guaranteed in a crunch derby clash.

Both flowed in abundance as a Swansea side fashioned for its water-tight defence showed an unusually toothless Cardiff attack how to score goals.

A Jamal Lowe brace secured all three points but his second goal — an exquisite inside foot curled shot from outside the box — was only overshadowed by the Bluebird’s woeful attacking proficiency and questionable challenges between both sides. 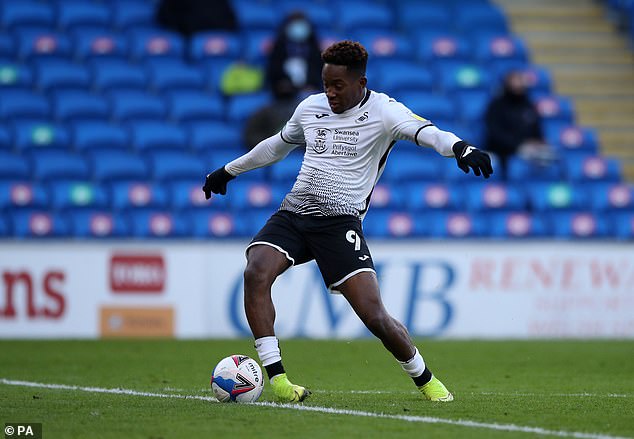 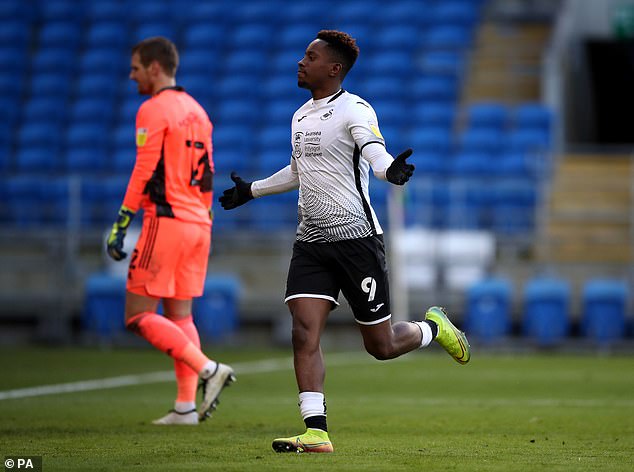 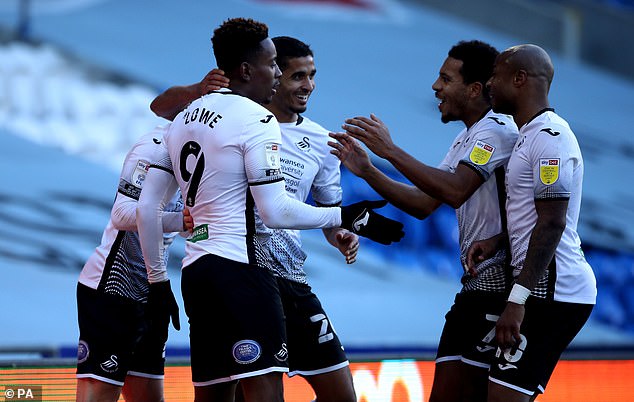 Cardiff centre back Curtis Nelson’s arm clattered into Andre Ayew’s face to leave the forward wriggling on the floor for minutes and Joe Ralls received a second yellow for a horrendous hack on Korey Smith.

Dangerous for the latter was an understatement. Nearly as dangerous as the impact of the scoreline on Cardiff’s points tally if they keep playing like this.

The Bluebirds were flying into the south Wales derby unbeaten in four and seven goals scored in their last two home matches; both clean sheets for good measure. 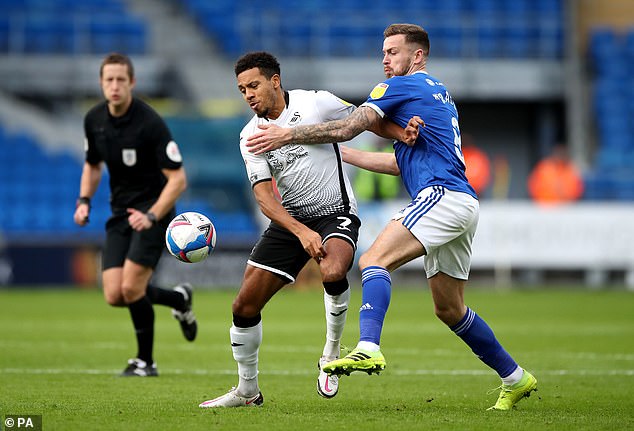 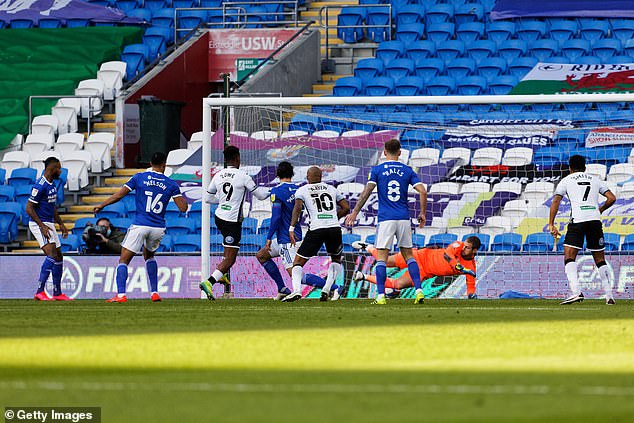 Their rivals boasted the best defence in the league — just 10 goals conceded in 17 games.

An intriguing battle of attack against attrition on the cards.

But the Swans were in no mood to sit back and immediately blitzed forward to take the hosts by surprise.

It took Swansea just six minutes to take the lead, Lowe catching a scuffed half volley in the area after a defensive ricochet to beat goalkeeper Alex Smithies.

Soon after, midfielder Matt Grimes unleashed a stinging strike from 25-yards out which rattled the post and the home side who were struggling to get a foothold in the game.

Cardiff’s only real chance of note in the first period was a Harry Wilson free-kick that easily sailed over the bar.

In committing the foul to concede the set-piece, Ryan Bennett was very fortunate indeed to not receive his second yellow for steaming into Kieffer Moore mere yards outside the box.

It all felt rather deceiving to see the Bluebirds so flat in a fixture with bragging rights and an unbeaten four match run at stake.

The simmering tension of derby day also started to reach boiling point as Marc Guehi and Kieffer Moore were both booked for an off the ball altercation.

That needle spilled into the second half — the visitors quickly winning a number of cheap free-kicks from needless fouls.

On the hour mark, Cardiff centre back Nelson’s elbow clattered into Ayew’s face in an aerial challenge that left the striker concerningly wriggling on the floor for minutes.

Thankfully he was able to continue after treatment.

This was to just be the entrée of the brutal physical clashes started by the home side. Ralls received a second yellow card on 67 minutes for a horrendous hack at the legs of Korey Smith. 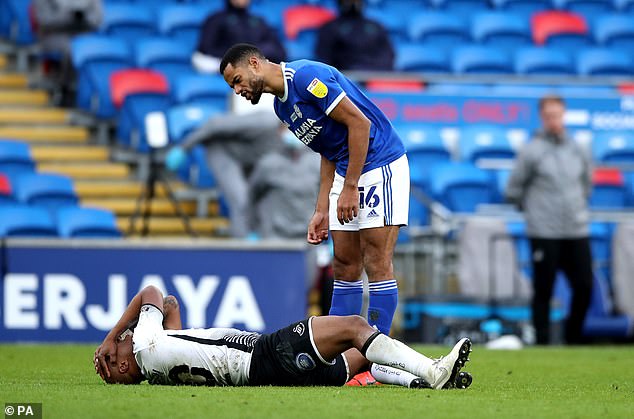 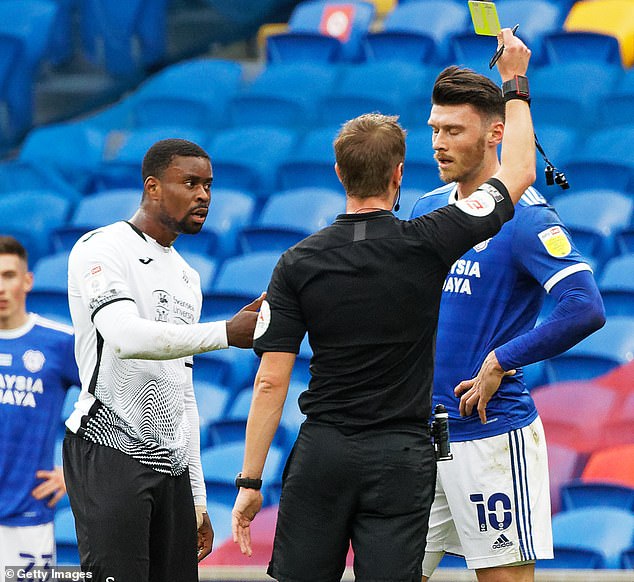 The shock etched on the players’ faces reflected it was easily worthy of a straight red.

Lowe were to make the Bluebirds pay for their indiscretions five minutes later with a moment of dainty class.

The forward dribbled past two defenders to unleash an outside the boot right-footed shot into the corner past Smithies.

A final kick into the solar plexus of the home side. Manager Neil Harris’s drawing board surely beckons.