Kelleher is second-choice goalkeeper and some would have expected Klopp to hand the gloves back to Alisson for the final against Chelsea next month after the Brazilian’s recovery from Covid.

Alisson played in the first leg as he was short of game time, but Klopp promised the Irishman at the beginning of the season that he would play in all Carabao Cup games — and he will not go back on his word. 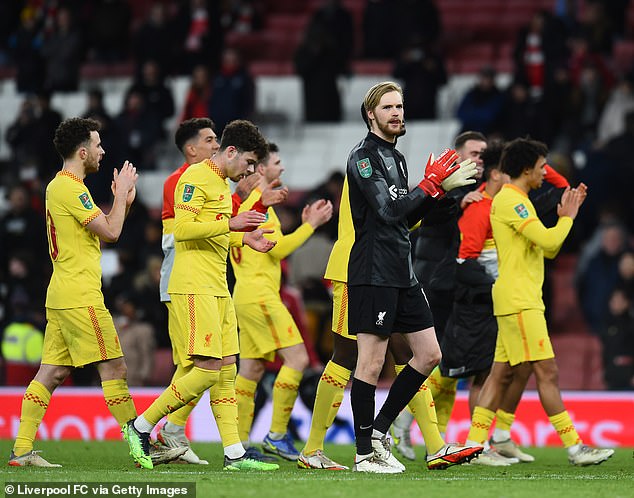 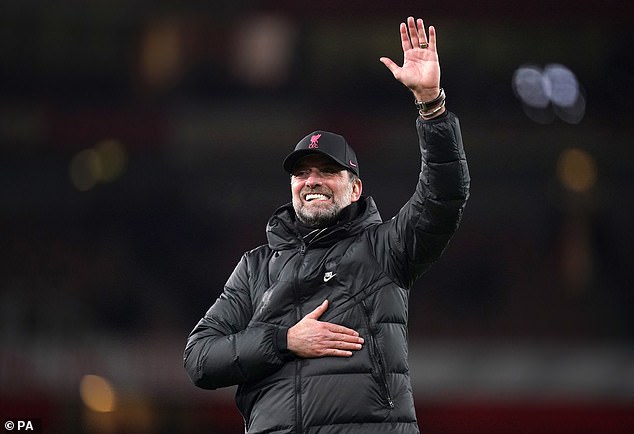 An assertive second-leg team performance against Arsenal was aided by Kelleher keeping a clean sheet — and Klopp plans to reward the 23-year-old.

Klopp said: ‘My idea in this moment is to play him. I don’t see any reason why we should not do that. Caoimhin deserves that. He brought the team there.

‘Last week (in the first leg) against Arsenal I had to explain to Caoimhin why he is not playing. I usually do not do that, but it was his competition and I thought Ali needs the game because he was lacking rhythm after Covid and all these kinds of things.

‘What I really liked was that Caoimhin was not like, “Oh yes, I understand”, he was like, “What? Why?” so he matures in all departments and that is good. That is the goalie we want.’ 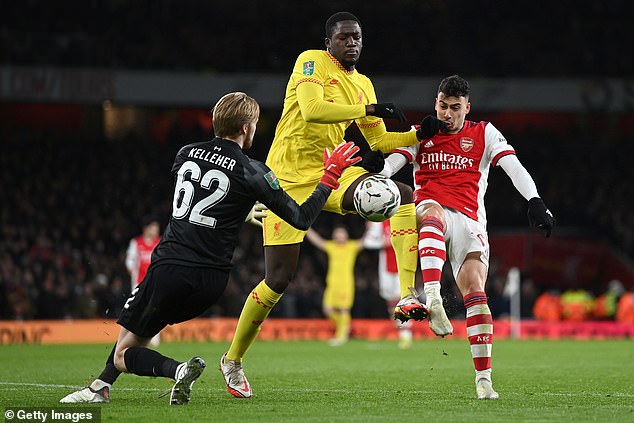 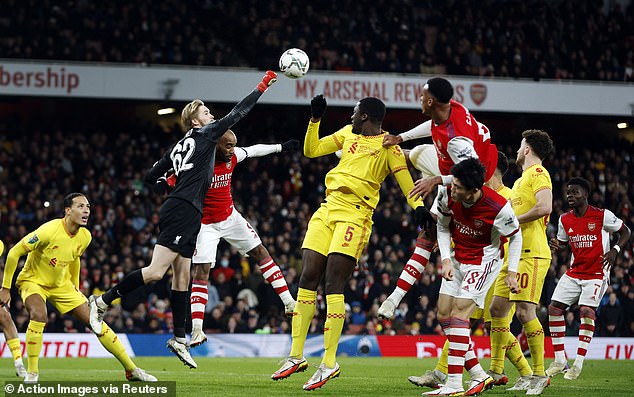 And Klopp paid tribute to Liverpool’s goalkeeping coach for the faith he showed in Kelleher.

‘I said before this is really the John Achterberg project. I have to say it because when Caoimhin and I came here there were not all the people in the club who thought, “Oh yes, CK will be the next goalkeeper”. There was one person —John Achterberg.

‘So now we have the best in the world and a really, really good one. That is a good situation.’