‘I cannot invite him because I don’t have his mobile… and he doesn’t have WhatsApp!’: Santiago Canizares reveals why Pep Guardiola was snubbed from ex-Spain team-mates’ group chat and claims Man City boss is part of ‘radicalised’ Catalonian society

Former goalkeeper Santiago Canizares has denied that Pep Guardiola has been left out of a WhatsApp group including his former Spain team-mates due to his staunch support of Catalonian independence.

In a documentary called ‘Play it again, Pep’, the Manchester City boss addressed the conflicting political views he holds in comparison to his former international team-mates, and revealed he had been left out of the group that they use to keep in touch.

But speaking to Spanish outlet Radio Marca on Wednesday evening, Canizares – who played with Guardiola at the 1992 Olympic Games in Barcelona – revealed he holds little power in the group. 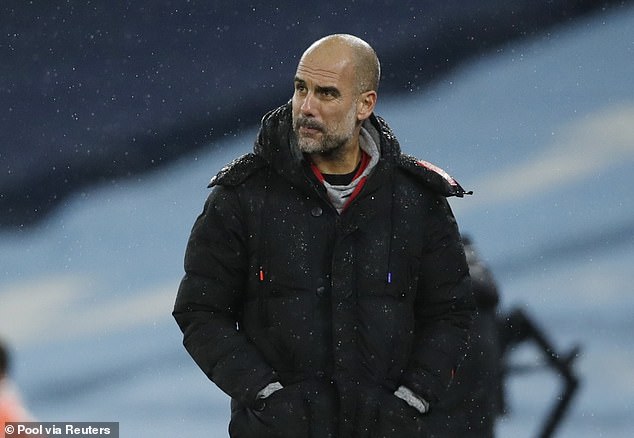 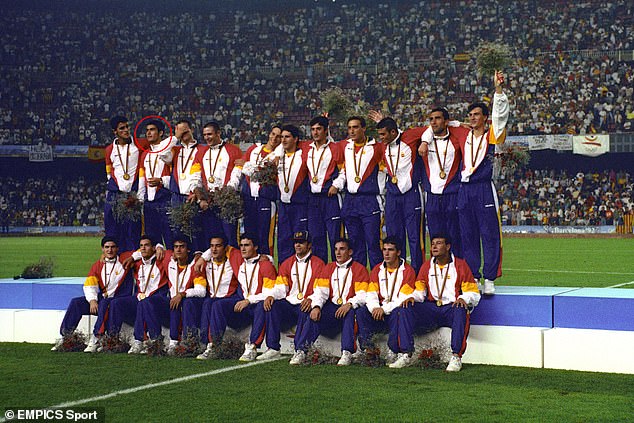 Guardiola (second left, top row) won Olympic gold in with the Spanish side in 1992, but is a staunch supporter of Catalonian independence, unlike many of his former team-mates including Santiago Canizares (top row, fourth from left)

‘The first thing, that the WhatsApp group has nothing to do with the political issue,’ Canizares said.

‘It struck me that he was not there. And I apologised because he is not there for this bull**** because he’s the Manchester City manager.

‘I can’t invite him to the group because I’m not an administrator, I don’t have his mobile and he himself says he doesn’t have WhatsApp.’

Canizares has previously spoken fiercely of his disagreement with Guardiola’s views on Catalonia’s independence. 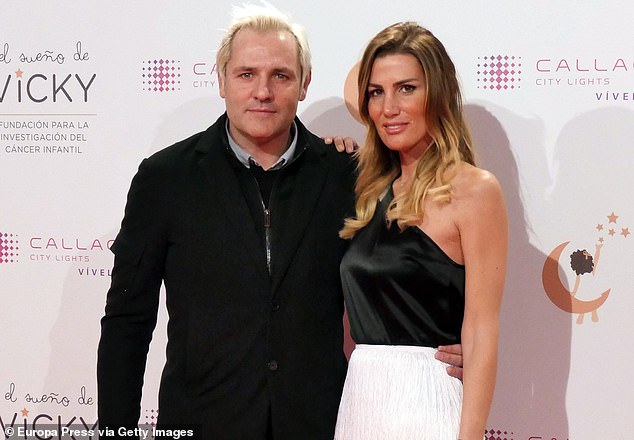 But speaking to Radio Marca, the former goalkeeper denied politics had anything to do with it

And the former Real Madrid and Valencia stopper once again aired similar views, claiming Guardiola ‘has taken the bait’ which has led Catalonian society to become ‘radicalised’, which has therefore caused offence to the squad, including himself and former Real Betis striker Alfonso.

‘In 1992, and I am going political, in Barcelona flags of Spain were carried and it was possible to talk about political ideas and he was already exposing his ideas and I mine,’ he continued.

‘But now the politicians have led us to a radicalised society. Our society has taken the bait and he himself took it when he spoke of Spain as an oppressive state and that is why, as a Spaniard and for Alfonso, he offends us.

‘That is what we recriminate him for, nothing else. And now I like him to say that he loves Catalonia. There is no problem, but now he says he is fond of Spain. That is very different.’ 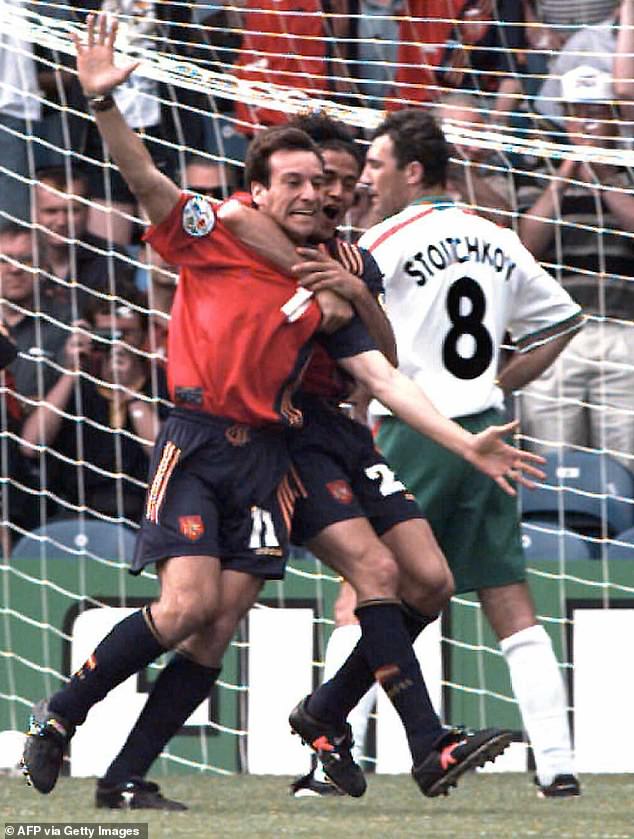 Alfonso (left), like Canizares, has underlined his surprise at Guardiola’s political views

Alfonso, like Canizares, has previously underlined his surprise at Guardiola’s views.

‘Guardiola is one of the great disappointments that I have had in the world of football,’ he said to Marca in June. ‘The only thing I attribute to Pep are his statements, his ideology, which I do not share.

‘We have experienced difficult moments as a team, as friends, as a team, having to defend the shirt of the Spanish team.

‘I was shocked because I feel very proud to be Spanish. With what we’ve been through, seeing these things… disappoints you a bit. I do not discuss Pep as a person or as a coach or as a player, who has been a super professional, but his way of thinking in that sense.’ 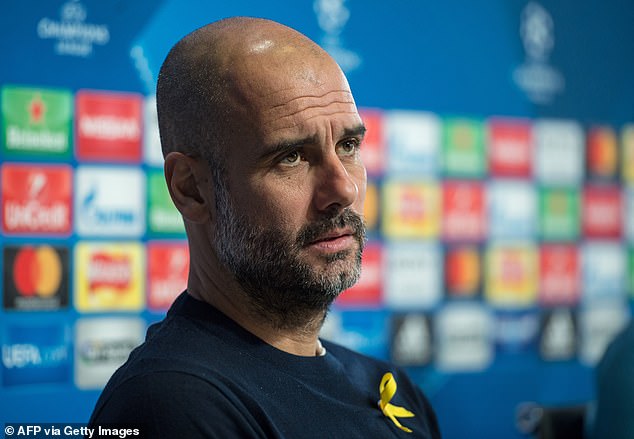 Guardiola has never dismissed how much he enjoyed playing for Spain, saying in the documentary: ‘I love Catalonia, my country, but I have immense affection for Spain and I keep an incredible memory of those years.

‘Although the great Alfonso and Canizares, team-mates at that time, are now very critical because I played for the national team… I had a great time and tried to do my best for the team.’

In 2018, Guardiola was fined by the Football Association for wearing a yellow ribbon, which he said was in support of political prisoners in Catalonia.

He was hit with a £20,000 fine as the FA’s rules prevented people wearing a political message.