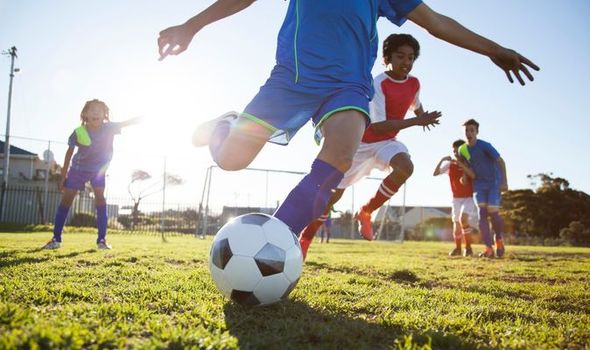 Amateur and grassroots football was one of the many sports that had to stop under the two national Covid lockdowns. England’s latest lockdown ended on December 2, with the government introducing a three-tier system. The local tier system outlines what people can and can’t do in their area.

Tier 3 was the highest, but a new fourth tier has now been announced.

Tier 4 will affected mostly London and the south east of England, with restrictions similar to those of the national lockdowns.

As a result, many people have been left wondering what this means for amateur and grassroots football.

One wrote on Twitter: “Does anyone know if we can still play football in tier 4?

The government guidance reads: “Organised outdoor sport for under 18s and disabled people will be allowed.”

The Football Association has sought further clarification from the government.

A FA statement read: “Football for adult participants across ‘non-elite’ football in Tier 4 areas is not permitted, including all training and fixtures.”

They added: “The government’s Tier 4 guidance states organised outdoor sport for under-18s and disabled sport will be allowed, while there are exemptions for FA Girls’ Regional Talent Clubs.

The Tier 4 restrictions come into effect from December 20 and apply to the following aspects of ‘non-elite’ football in England: