Cambridge United heroes Dimitar Mitov and Joe Ironside reveal they are HOUSE-MATES after they sent 5,000 fans dancing in the clouds after stunning FA Cup triumph at full-strength Newcastle

When Cambridge United’s Cup heroes dropped to the turf and sat in a line in front of the Leazes End, you wondered if it was in preparation for some Boat Race-themed celebration. They had, after all, spent much of the afternoon rowing back against a wave of Newcastle attacks.

Alas, it was not. Rather, they were simply knackered. They also wanted to savour the moment. High above them, in the country’s most-elevated away end, were 5,000 of their supporters, singing and dancing at an altitude that just about captured the scale of their team’s achievement.

For this was no watered-down FA Cup upset. Newcastle fielded their strongest possible XI and had 47,000 of their own inside a stadium that pulsed from the first beat of a hearty and genuine contest. The presence of Newcastle chairman Yasir Al-Rumayyan — head of the £700billion Saudi Arabian Public Investment Fund — also served to amplify the magnitude of Cambridge’s victory. 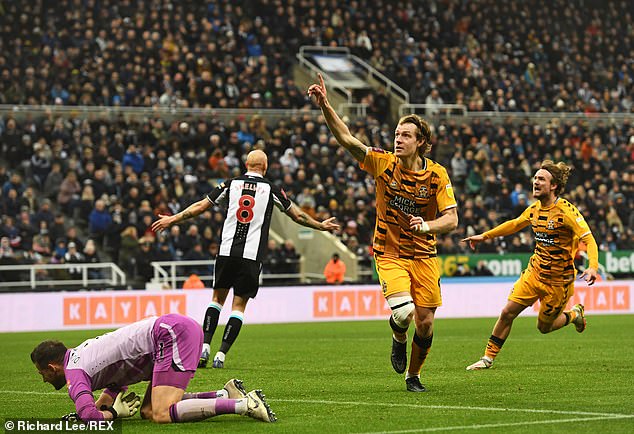 Cambridge United sent 5,000 travelling supporters dancing in the clouds in the FA Cup 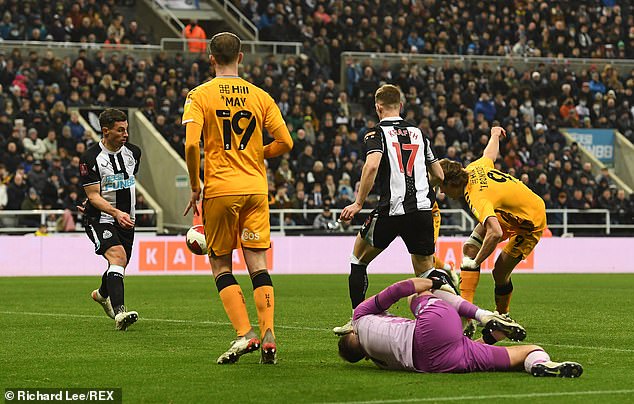 They had won one in eight in League One before Saturday’s game. When the teamsheets wcame out an hour before kick-off — including £12million home debutant Kieran Trippier — Newcastle’s odds further shortened. This, we assumed, would be a formality.

But for 11 guys in yellow, it was never going to be that black and white. From the off they played with a scent of magic in their nostrils, and no player more so than goalkeeper Dimitar Mitov. His sorcery is the reason they are in the fourth round.

Even the home fans applauded one first-half save when he brushed a Jacob Murphy blast on to the crossbar. That generosity of spirit had gone, however, by the time the Bulgarian was tipping over Joelinton’s goal-bound header in the 95th minute. 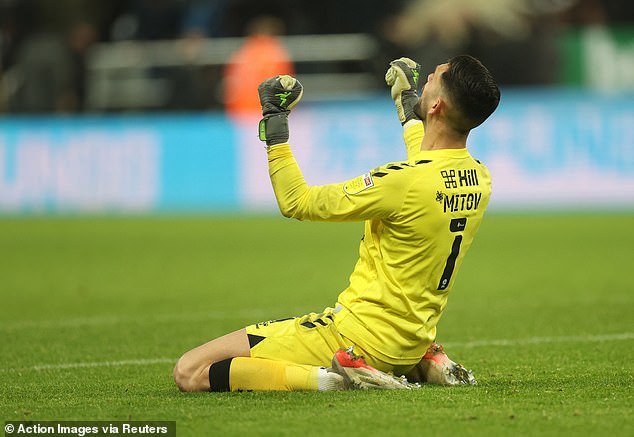 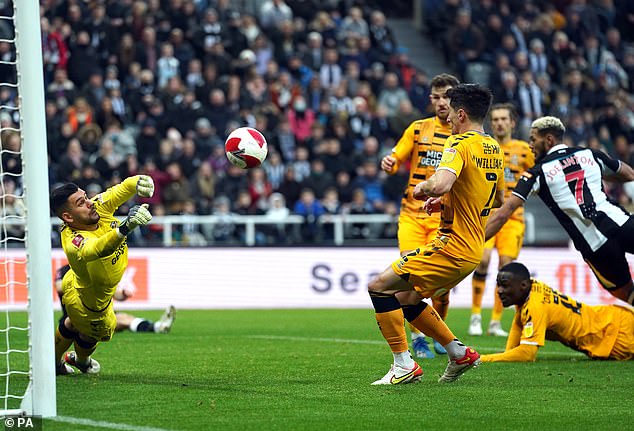 By then Cambridge were in front, and the scorer was the player who had revealed in the build-up that, as a youngster, he would travel north from Middlesbrough to St James’ Park to watch his hero Alan Shearer.

Joe Ironside has spent much of his career outside the Football League and one of his most memorable goals was at Old Trafford for Sheffield United — albeit in the FA Youth Cup. This is why the FA Cup still matters, making memories that better all that has gone before.

Mitov and Ironside were delayed in joining their comrades on the grass in front of the Leazes, given the media attention on the pair. And how about this for a story — they are not only team-mates, but house-mates.

‘Yes, me and Joe live together!’ beamed Mitov. ‘There is no nicer person on the planet to score here.’ 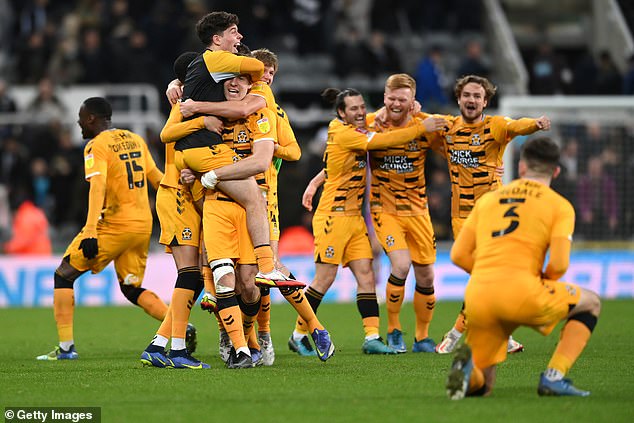 Ironside and Mitov are not only team-mates but also house-mates, they revealed on Saturday

Ironside was just as complimentary. ‘Dimi has kept us in the game with some brilliant saves,’ he said. ‘The one at the end where he finger-tipped it over the bar… he was outstanding.’

Manager Mark Bonner, whose side host Luton in the fourth round, added: ‘We got promoted last season in a pandemic with no fans. We were unable to celebrate with anybody. We had a few hundred outside the ground on promotion-winning day and 20 in an Airbnb at Leyton Orient in the corner of the stadium.

‘So, to savour these moments and create memories for supporters and players is a major thing for us. They will stay with you for ever.’