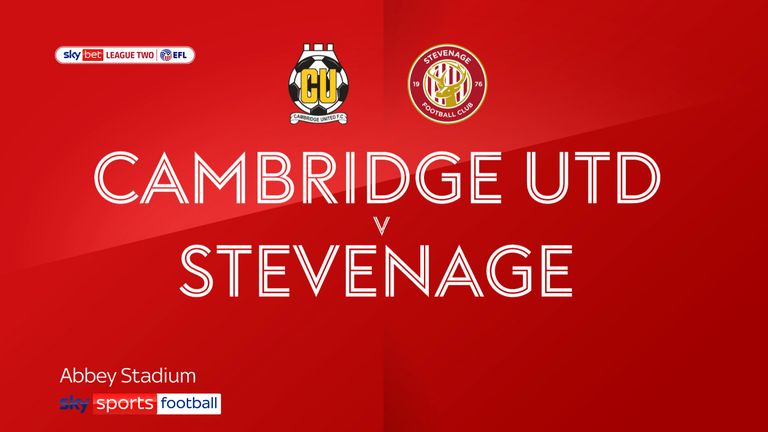 Cambridge missed the chance to secure automatic promotion from League Two on Saturday afternoon as they were stunned 1-0 by Stevenage thanks to Luke Norris’ second-half header.

The result saw the U’s drop into second spot and leaves them five points ahead of fourth-placed Morecambe with two games remaining and with a vastly-superior goal difference.

A win would have seen Cambridge promoted and Luke Hannant almost gave them an ideal start but he blazed Hiram Boateng’s pullback over after seven minutes.

Stevenage had threatened an upset even before they scored, with Jack Smith’s angled effort importantly charged down by Declan Drysdale and Norris dragging wide after being played in by Smith.

With Cambridge struggling to create the chances they needed for a decisive breakthrough, after 63 minutes the visitors did get the goal that proved the winner to halt their three-match losing run.

Elliot List fired Ben Coker’s corner onto the crossbar and Callum Burton turned the rebound away, but Norris was on hand to nod into an empty net.

List almost doubled the visitors’ lead but was denied well by Burton’s feet 17 minutes from time as Stevenage moved up a spot to 15th.