Chelsea outcast Callum Hudson-Odoi says he is still yet to fully recover from the Achilles injury that kept him out of action for five months last year.

Hudson-Odoi, 20, ruptured an Achilles tendon during the Blues’ 2-2 draw with Burnley in April 2019 and did not return until the following September.

However, after regaining match fitness and sharpness the winger suffered a number of niggling injuries earlier this year, including a hamstring problem which sidelined him for another two months.

He was also one of the first Premier League stars to test positive for Covid-19 when the virus first took its toll in early March.

This season Hudson-Odoi has only started one Premier League game for Chelsea, with Christian Pulisic, Hakim Ziyech, Timo Werner and Kai Havertz seemingly ahead of him in Frank Lampard’s pecking order.

But after scoring in England Under-21’s 3-1 win over Andorra on Friday, the youngster insisted he does not yet feel “back to normal” as he is still not fully recovered from the Achilles problem. 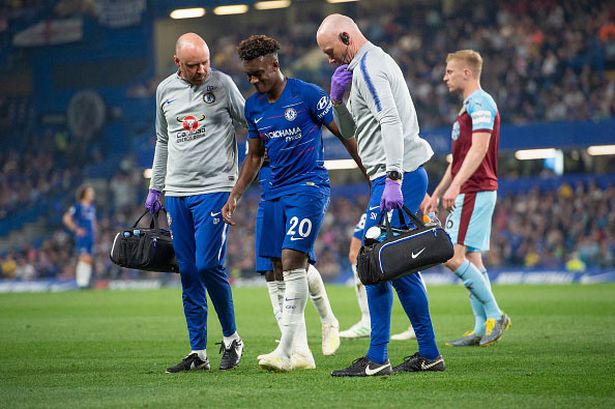 “I still feel to myself that I’m still improving,” Hudson-Odoi told BT Sport.

“Obviously [I’m] still trying to get more strength in the calf, which I lost a lot of muscle from, but I feel like I’m getting back to my best.

“Hopefully, sooner or later, I’ll be back to normal as I was before.

“But I just want to keep improving, keep working hard daily and keep getting better day-by-day.”

Hudson-Odoi made his senior England debut before featuring for the U21s, receiving his first international cap in March 2019.

But while he has not made another appearance for Gareth Southgate’s in over a year, the Chelsea ace remains determined to become an established member of his squad in the future. “I want to try my best, give my hardest, work hard every day and hopefully get into the seniors.”