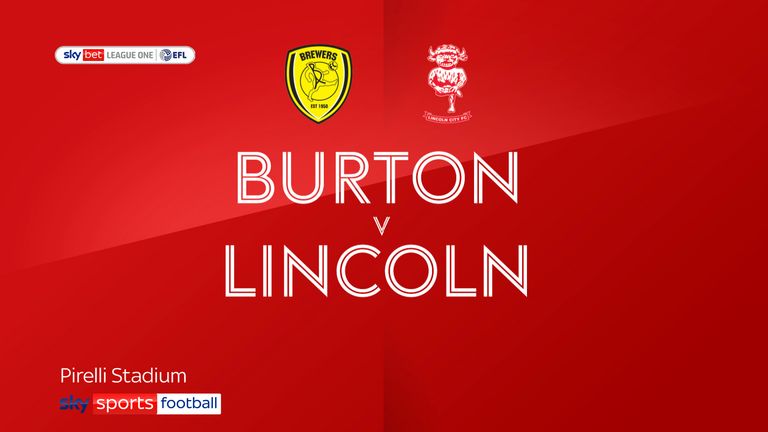 Timothy Eyoma’s stooping header secured a precious 1-0 win in Lincoln’s pursuit of the League One play-offs while ensuring that Burton are still not guaranteed survival.

Lincoln looked like a side back in form after two straight wins coming into the game and they soon began to dominate possession, pressing high and creating pressure in and around the Burton penalty area.

Ben Garratt in the Burton goal had not really been called into serious action, a Conor McGrandles deflected effort the closest City had come to scoring, before Eyoma headed home from close range on 27 minutes to give them a deserved lead as a result of Tayo Edun’s wickedly curling cross from the left.

James Jones went close to doubling Lincoln’s advantage on the stroke of half time but former Imps defender Michael Bostwick produced an excellent block to deny him.

Albion raised themselves after the break with John Brayford rippling the side netting with a raking effort, the nearest that the Brewers came to grabbing a point.