Bundesliga players shunned team celebrations as part of social distancing rules as the German top-flight got back underway.

Erling Haaland broke the deadlock for Borussia Dortmund in the after 30 minutes after getting on the end of a Thorgan Hazard cross.

The Norwegian ran away to the corner flag and completed a socially distanced celebration with his team-mates, each doing a little dance while standing two metres away. They then went on to touch shoulders. 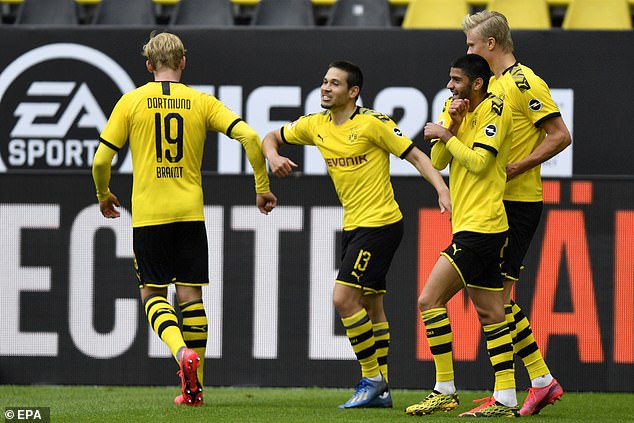 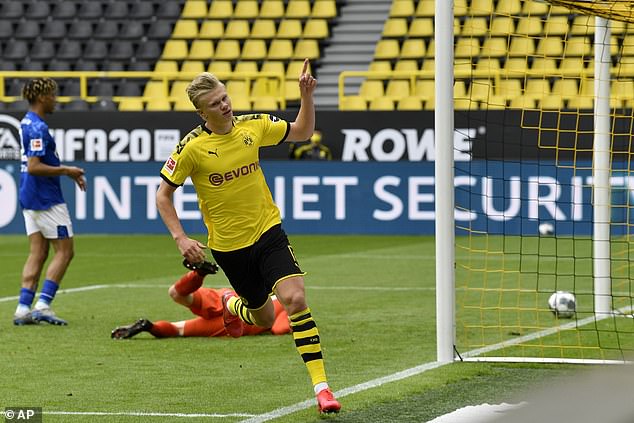 The goal was the 19-year-old’s tenth in his ninth Bundesliga game since joining the German side in January.

Elsewhere in the division, Freiburg celebrated taking the lead against Red Bull Leipzig by touching elbows with handshakes banned.

Manuel Gulde got on the end of a Vincenzo Grifo corner to put the away side ahead in the 34th minute. 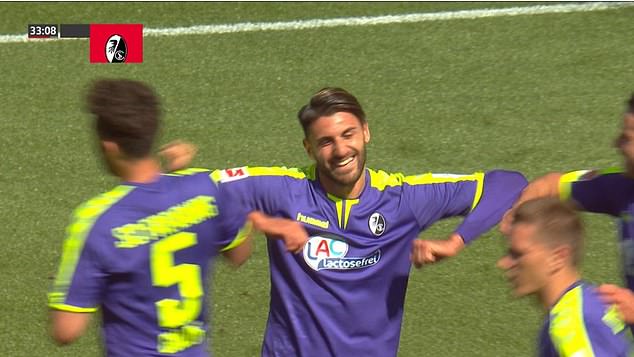 Wolfsburg’s Renato Steffen performed a similar celebration after putting his side ahead against Augsburg.

All games are taking place behind closed doors with no supporters are allowed into the stadiums to cheer on their teams.

The Bundesliga became the first European league to return to action but several safety measures were put in place.

Managers and substitutes have been wearing face masks for increased protection. However, coaches are allowed to take their masks off during the game to communicate with their players after a rule change. 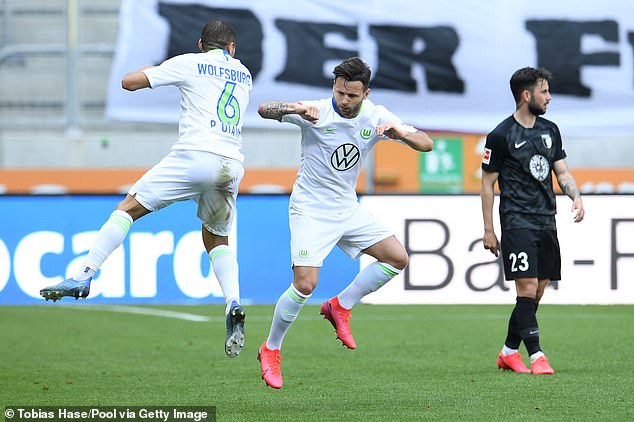