Fans have been starved of elite football with leagues across the world suspended or cancelled because of the coronavirus crisis. But many are now likely to become heavily invested in the Bundesliga as the German top-flight becomes the first major European league to resume amid the ongoing pandemic.

How to pick a Bundesliga team

Bayern Munich are the most successful club in Germany, winning the Bundesliga an incredible 28 times and will be chasing their eighth consecutive title when the action resumes.

Dortmund have an extremely passionate fanbase and an exciting style of play, as well as the ability to attract some the brightest young talents in the game such as Jadon Sancho and Erling Haaland.

Only founded in 2009, RB Leipzig are perhaps Germany’s most-disliked club among rival fans due to their rapid rise from the fifth tier with the financial backing of Red Bull. 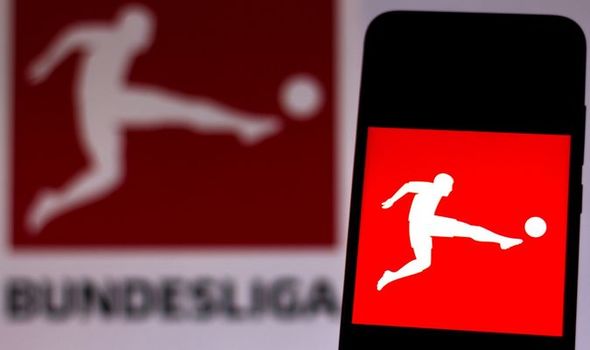 Monchengladbach were a dominant force in the ’70s but have been steadily improving in recent seasons and have an exciting young coach in Marco Rose.

Leverkusen are widely considered to be the Bundesliga’s ‘nearly’ team, regularly finishing in the top four but unable to fully challenge for the title.

Schalke have a rich history with a strong fanbase and have been steadily reviving their fortunes after a relegation scare last season. 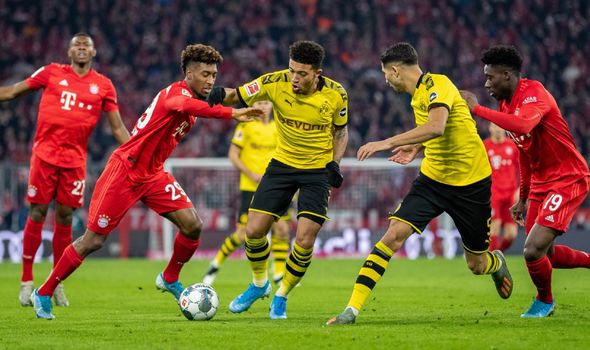 Wolfsburg won their first league title in 2008/09 and despite some mixed fortunes since then, they have build up some stability in the last two seasons.

Freiburg became a Bundesliga regular in the ’90s and have suffered four relegations since then, but they are in a strong position to stay in the top-flight for the fourth season running.

Hoffenheim were a fifth-division club 20 years but are now a mainstay in the Bundesliga, with regular finishes in the top half of the table.

Koln have a fine history having won the Bundesliga twice but have suffered four relegations to the second tier in the last 20 years, most recently in 2017/18 before bouncing straight back up.

Union Berlin are the Bundesliga’s newcomers, playing their first season in the top-flight after a dramatic play-off win over Stuttgart last year to earn promotion. They are also the first club from from the former East Berlin to feature in the Bundesliga.

Frankfurt have a rich history and a regularly feature in the top half of the Bundesliga.

Hertha Berlin are the biggest club in Germany’s capital city and although they have won two league titles in the past, they are yet to win the Bundesliga.

Augsburg rose to the Bundesliga in 2011 and have so far managed to survive despite some close relegation battles. 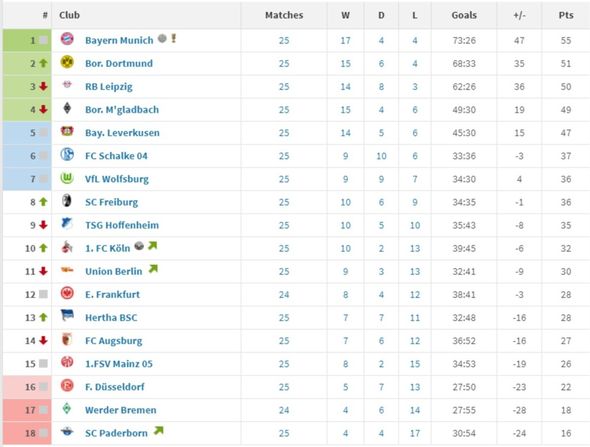 Mainz, where Liverpool manager Jurgen Klopp cut his teeth, have been in the Bundesliga for 11 straight seasons but are in a relegation fight this year.

Fortuna Dusseldorf are in their second back in the top-flight but find themselves in the relegation zone when the action resumes.

Werder Bremen have been a successful Bundesliga side in the past, winning the title four times, but their 39-year run in the top-flight is in jeopardy this season.

Paderborn earned promotion to the Bundesliga last season but have struggled this term and find themselves at the foot of the table.