Bundesliga referees will face huge obstacle ‘keeping concentration with no atmosphere in grounds’ and ‘they will need to be mentally tough to keep themselves switched on’, claims former top Premier League official Mark Halsey

Former Premier League referee Mark Halsey has explained why Bundesliga referees may find adapting to games behind closed doors as difficult as the players.

The German top-flight returns this weekend and is the first major European league to get up and running again during the coronavirus pandemic.

However, all games will be without spectators due to restrictions on mass gatherings, and given the eerie silence that will fill stadiums during play, Halsey says officials could naturally struggle with their concentration levels. 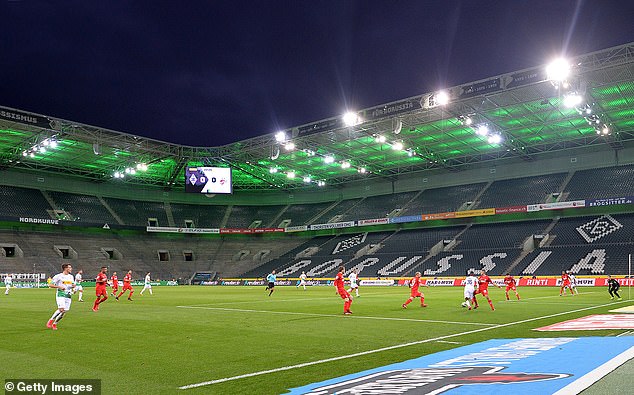 The Bundesliga will restart this weekend, with all games taking place behind closed doors 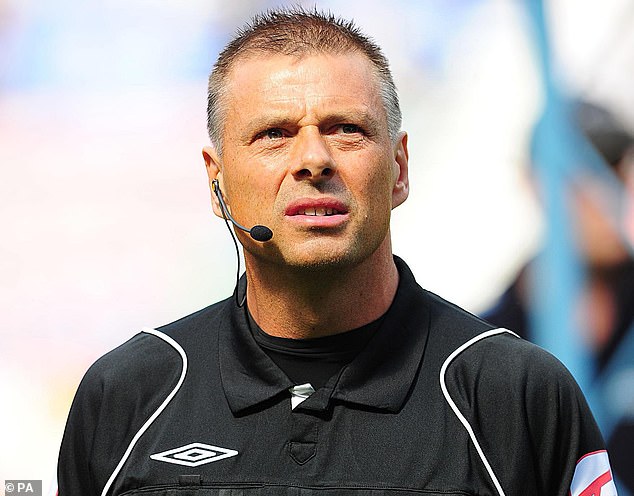 ‘On my road to recovery after beating cancer in March 2010, I officiated an Under-23s game in front of 50 people,’ Halsey says in his column for The Sun.

‘This will sound silly but the biggest problem I experienced was keeping my concentration levels because there was no atmosphere in the ground.

‘And I believe that will be the greatest obstacle for Bundesliga officials. I found refereeing that reserve game vastly different and unnatural.

‘Without that noise and atmosphere you can easily switch off. As a result, your focus can drift and mistakes can happen. It’s human nature.

‘At the highest level the crowd can lift your performance and some players or officials thrive off the singing from the terraces.  Officials will need to be mentally tough to keep themselves switched on.’

The Bundesliga restarts this weekend with nine games to go for every side bar two, and Bayern Munich top of the table, four points clear of Borussia Dortmund.

Dortmund’s first game back is the standout the match of the weekend, as they play rivals Schalke in an empty Signal Iduna Park.