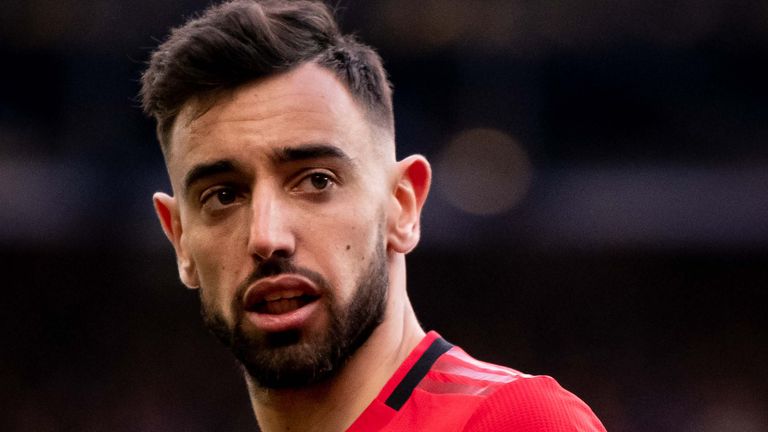 Having fallen at the semi-final stage of the Carabao Cup and FA Cup this season, Ole Gunnar Solskjaer’s men are looking to make it third time lucky against Sevilla on Sunday.

Reaching a first final under the Norwegian fresh from a third-placed Premier League finish would offer another promising sign about the direction of travel, but Fernandes only has glory in his sights as the club look to continue to build.

“I think it’s so important to win because every player needs to understand how it is to win a trophy for Manchester United,” the Portugal international said.

“For the coach, it will be important and for the players because I think we’ve done very well until now.

“I think if we finish with a trophy, it will not be perfect, but it will be a good year for us because Manchester United needs to come back again to win some trophies and fight for the European competitions and also the league. “Finishing well now is a good start for next season.”

United, a club synonymous with success, have only won three major trophies since Sir Alex Ferguson retired as a league champion in 2013.

The last triumph came in the Europa League three years ago, with Jose Mourinho’s side going onto finish as Premier League runners-up to Manchester City the following season.

Asked if winning the Europa League can give United belief they can challenge for the title, Fernandes said: “I think we need to keep progressing and we need to start the league with the mentality to win. “Of course, the Premier League is one of the trophies we want to win and I think to win the Europa League would be good for the mentality of winning trophies and fighting with the top clubs.

“For next season, if we can win this, it will be important.”

Success will help the team mature and Fernandes believes the mindset of winning every game is crucial. The 25-year-old knows it is key for the more experienced players “to pass the good mentality to the younger ones” and precocious teenager Mason Greenwood already appears to have picked it up.

“I think Mason has done a great season, of course,” Fernandes said of the 18-year-old forward.

“He’s young and he has great numbers this season. The age is just a number and you see Mason has done very well.