Bristol City registered their first point of the 2020-21 Women’s Super League campaign with a 2-2 draw against Tottenham at Twerton Park.

A foul on Yana Daniels by Siri Worm inside the penalty area allowed the Robins to take the lead as Australian international Chloe Logarzo converted the spot-kick in the 37th minute.

Worm managed to turn her luck around and equalised in the 42nd minute with a superb free-kick. Ashleigh Neville doubled Spurs’ lead in the 64th minute when she headed home another Worm set-piece.

Spurs were reduced to 10 women after a foul by Josie Green on goalkeeper Sophie Baggaley resulted in a red card in the 84th minute following a goalmouth scramble. 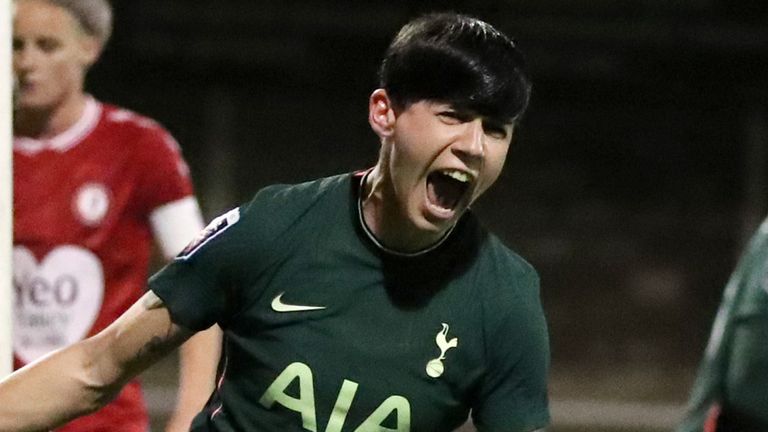 And Ebony Salmon took full advantage for City by equalising in the second minute of stoppage time to help pick up the Robins’ first point of the season.

Both teams started cautiously playing at Villa Park for the first time, with no fans to create a derby atmosphere. 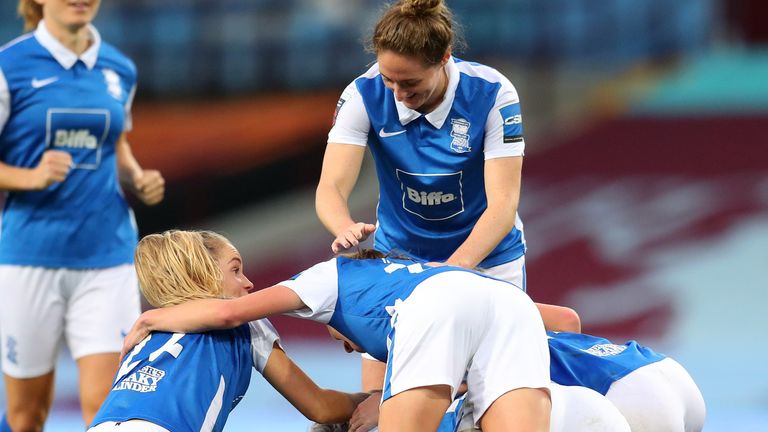 Birmingham, who could only name two substitutes due to an injury crisis, looked to soak up the pressure and try to catch Villa on the break.

A clever reverse pass from Walker played through Mollie Green in the 31st minute, but her shot was gathered gratefully by Lisa Weiss.

The best chance came just before half-time when Villa won a free-kick near the right-hand corner flag, but Stine Larsen could only direct her free header wide of the post.

The second half was in need of a spark and Birmingham came out pressing higher up the pitch.

They were rewarded in the 72nd minute with the first goal in a top-flight Second City derby when Walker thundered in a shot off the underside of the crossbar after Villa defender Elisha N’Dow could only head Lucy Whipp’s cross into her path. 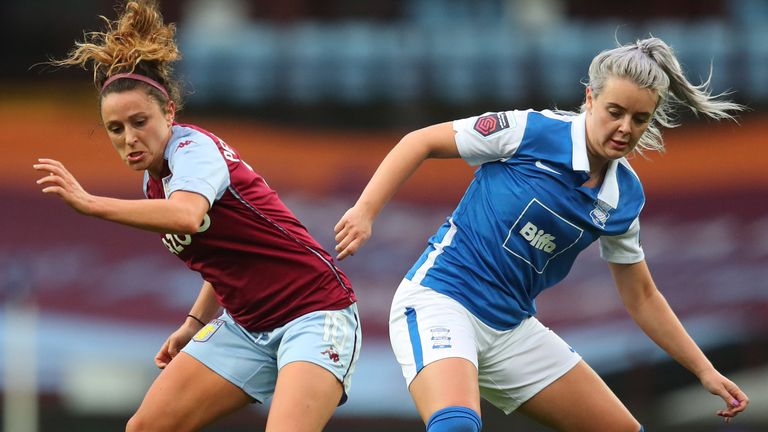 Villa couldn’t find a response despite seeing much of the ball in the closing stages, leaving the Blues to take the spoils in an historic derby.

Everton and Reading drew 1-1 at rainy Walton Park. Both goals came in a three-minute spell late in the first half, with Simone Magill putting the hosts ahead before Natasha Harding levelled for Reading in the 41st minute.

For the majority of the first half both teams struggled to get the ball down and create chances in the wet conditions.

However, Northern Ireland forward Magill was able to break the deadlock, heading home from close range in the 38th minute after Reading goalkeeper Grace Moloney had parried Nicoline Sorensen’s shot.

The lead was short-lived as Harding lobbed goalkeeper Sandy MacIver, the Wales international forward finding the top left-hand corner with a looping ball from outside the box on the right of the pitch.

Earlier in the day, Manchester United fought back from 2-0 down to draw 2-2 with rivals Manchester City, a result that keeps Casey Stoney’s side unbeaten and top of the table.