Brighton boss Graham Potter regards Carlo Ancelotti as one of football’s great coaches and expects Everton to become stronger and stronger under his leadership.

The experienced Italian has the Toffees in contention for European qualification ahead of Monday evening’s trip to the Amex Stadium but will be seeking a reaction to a three-game winless run. 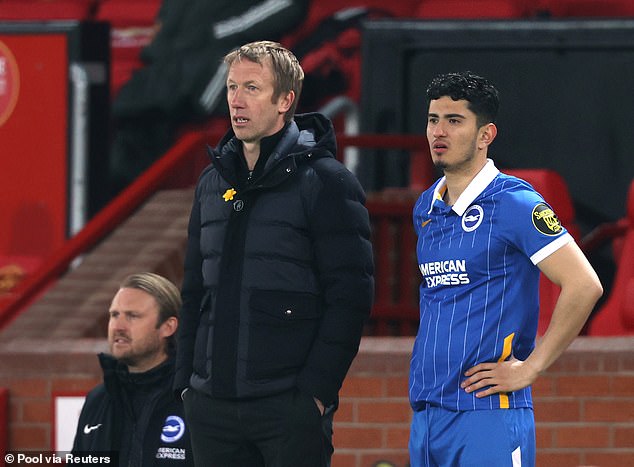 Potter, who needs points to ease the Seagulls’ Premier League relegation concerns, is full of admiration for his rival manager and feels he has the Merseyside club moving in the right direction.

‘He’s worked at the very, very highest level and done everything you can in the game,’ said Potter. ‘He’s followed some big coaches into some big clubs.

‘He does it all in his own way, he has a quiet leadership but just a really, really impressive character who’s had a huge influence on modern football and will go down as one of the great coaches.

‘Everton have invested well because they have big ambition. That doesn’t mean to say it’s a straightforward job because he’s still got to organise things but he’s done it well since he’s been there and they’ll get stronger and stronger as long as he’s there.’ 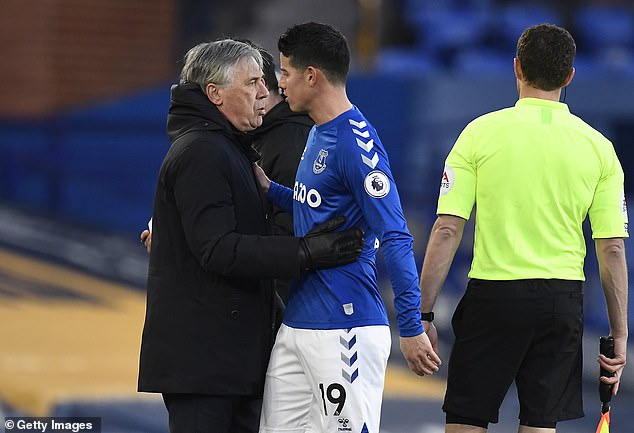 After recruiting Ancelotti in December 2019, Everton backed their high-profile boss in the transfer market last summer with the signings of James Rodriguez, Allan, Ben Godfrey and Abdoulaye Doucoure.

Potter has already been on the receiving end of the Toffees’ impressive array of talent – during a resounding 4-2 away loss in early October – but insists he is not envious of the opposition’s greater financial clout.

He added: ”More money, more problems’ – I think that’s the saying. I don’t look at anyone else and think I wish I was this or that. I understand my club, the club I’m at and that I’m very fortunate to have what I do. I try to make the most of what we have.

‘It’s being thankful and appreciative of that. We know it’s competition and everyone else has different opportunities, chances, advantages and disadvantages. That’s the nature of the league. It would be boring if we were all the same.’

Brighton still have work to do to guarantee survival following last weekend’s 2-1 loss at Manchester United; defeat at Old Trafford followed much-needed wins over Southampton and Newcastle before the international break.

And Potter is reluctant to set a points target for his side in their battle to achieve safety.

He concluded: ‘We just focus on the next match. Everton are fighting at the top end of the table, but we are looking forward to it. They have some really talented players and are flexible in how they play. We expect a difficult match.’

Albion defenders Adam Webster and Dan Burn have returned to training and should be in contention to feature but Aaron Connolly (foot) is doubtful, while Tariq Lamptey (hamstring) and Solly March (knee) remain out.