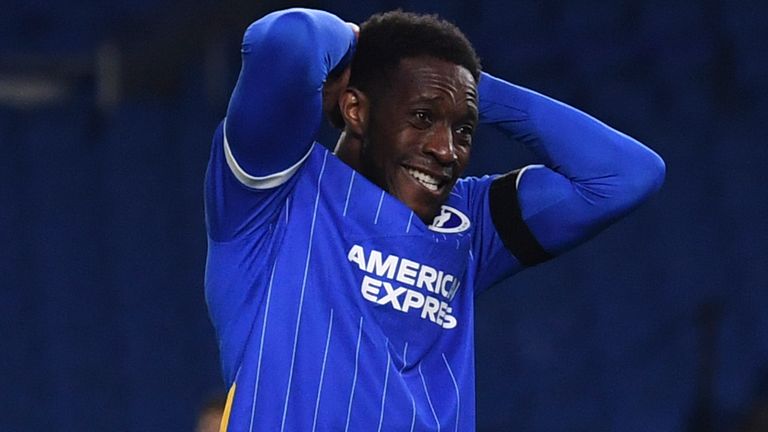 Brighton’s struggles at home continued with a 0-0 draw against injury-hit Everton, who lost further ground in the race for Europe on Monday Night Football.

In a game that lacked real quality, Neal Maupay, Jakub Moder and Adam Lallana all squandered chances as Graham Potter’s side were held to a frustrating eighth Premier League draw of the season at the Amex Stadium.

Everton’s hopes of halting a run of three league games without a win were hampered by injury to top scorer Dominic Calvert-Lewin before the game, although the Toffees could have snatched all three points when substitute Alex Iwobi flashed a shot over in the final minute.

The draw hands Brighton, who climb a place to 15th, and Everton, who stay eighth, a point apiece towards their respective survival and European bids, but both will have been left wanting a more decisive boost to those campaigns.